What is happening in Turkey? 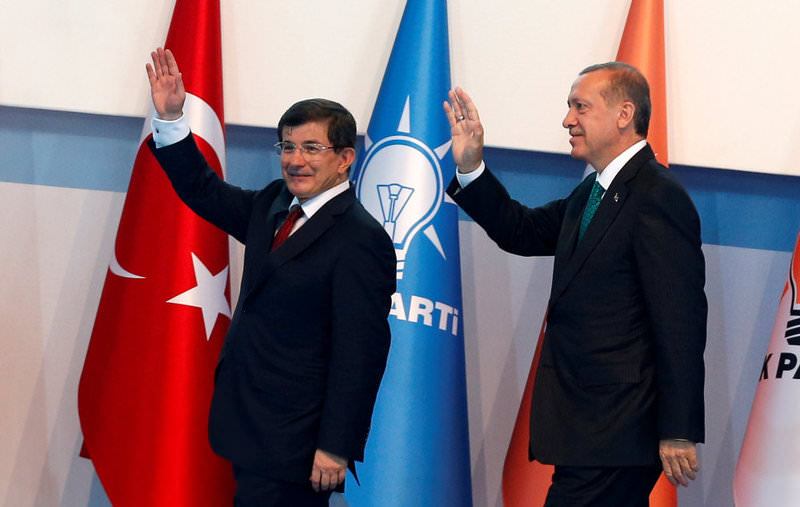 Is a new page being turned in Turkish politics? Justice and Development Party (AK Party) chairman and Prime Minister, Ahmet Davutoğlu, resignation from both the chairmanship and prime ministerial position is regarded as an almost complete certainty. The AK Party will hold an extraordinary congress at the end of May and Davutoğlu will turn over his duty as chairman. This process will continue with the appointment of a new prime minister.

Davutoğlu has been an adviser to both former President Abdullah Gül and President Recep Tayyip Erdoğan ever since the AK Party came to power in 2002. Appointed as foreign minister prior to ever becoming a member of Parliament in 2009, Davutoğlu continued in this position for five years. He entered Parliament for the first time in 2011 as a deputy for Konya. He was then elected chairman during the AK Party's first extraordinary congress on Aug. 27, 2014, and Erdoğan appointed him prime minister a day later.

The burning question asked during Erdoğan presidential campaign was who would head the AK Party and become prime minister after him. After Erdoğan was elected president on Aug. 10, 2014 with 52 percent of the popular votes, eyes then turned to the AK Party. Previously in Turkish politics, Turgut Özal and Süleyman Demirel had transitioned from being the chairmen of the respective parties they had established to president. However, be it Özal's Motherland Party (ANAP), or Demirel's True Path Party (DYP), neither were successful afterward, dying in office and retiring from politics, respectively. Both of them experienced serious tensions with the new chairmen and prime ministers who replaced them. Despite these negative examples, there was optimism along the lines that this was very unlikely concerning Erdoğan's transition from prime minister to president and even if there were tensions, they would not turn into a political crisis. The most important reason for this optimism was that Erdoğan was a determinant and dominant figure in political life in general, and in terms of AK Party politics in particular. This situation was not just because of Erdoğan's political charisma, power of influence or mass support, but also due to his being the first president of Turkey to have been elected directly. Erdoğan entered the elections with a political campaign under his own name and was elected president with votes from one person out of every two. Throughout his election campaign, he promised that he would continue to be the "head of the executive," that he would not be a symbolic president and that he would be a "president who ran, got tired and sweated." When calendars turned to Aug. 11, 2014, all eyes then turned to Erdoğan. Who Erdoğan would appoint as prime minister and AK Party chairman was waited for impatiently. The general expectation among the public was that whomever Erdoğan chose would become prime minister and AK Party chairman, and that this decision would be accepted by both the AK Party elite and the masses. What was being debated was not just who Erdoğan would prefer, but also the kind of vision that would be adopted.

Robert Elgie said that there was a de facto transition - albeit theoretically - to a semi-presidential system with the change to Turkey's constitution in 2007 and the election of the president by the people on Aug. 10, 2014. In a sense, Erdoğan's presidency meant the de facto transition to a new political system in Turkey. During this period, it became clear that Erdoğan would not be a symbolic president or one who works in the name of the bureaucratic oligarchy and moves only when needed, or as an emergency valve like previous presidents.

In the aftermath of Erdoğan's time at the helm of the Prime Ministry, three names were discussed among the public for AK Party chairman and prime minister. These three were former President Gül, Foreign Minister Davutoğlu and Transport and Communication Minister Binali Yıldırım. It had gradually become clear that Gül did not have a political perspective in tandem with Erdoğan's vision. With Davutoğlu and Yıldırım, however, neither Erdoğan nor the AK Party elites had any doubts on whether they shared the "Erdoğan vision." Erdoğan decided that he wanted Davutoğlu as AK Party chairman after himself. He indicated that they would work well together with a shared vision. This expectation was one shown by both the AK Party's base and its elites.

Although Davutoğlu repeated his claim of institutionalizing Erdoğan's politics in almost every speech he gave, some of the steps he took and others he was hesitant to take put forward practices that clashed with this claim.

Davutoğlu was unfortunately unable to read the political reality of the new period and insisted on being a strong prime minister as Erdoğan had been throughout the 2000s in this political reality. The risk of a "double-headed executive" that Erdoğan often mentioned became an open threat. The issue of authority sharing among political actors also began to create an impression of difference in vision between them. This entire process has now brought with it the removal process of Davutoğlu.

We can be sure that the figure who will come next will be one who accepts the president as the head of the executive and accepts the de facto political structure and prioritizes the mission of creating the legal infrastructure for the systematic transformation the country needs.
RELATED TOPICS