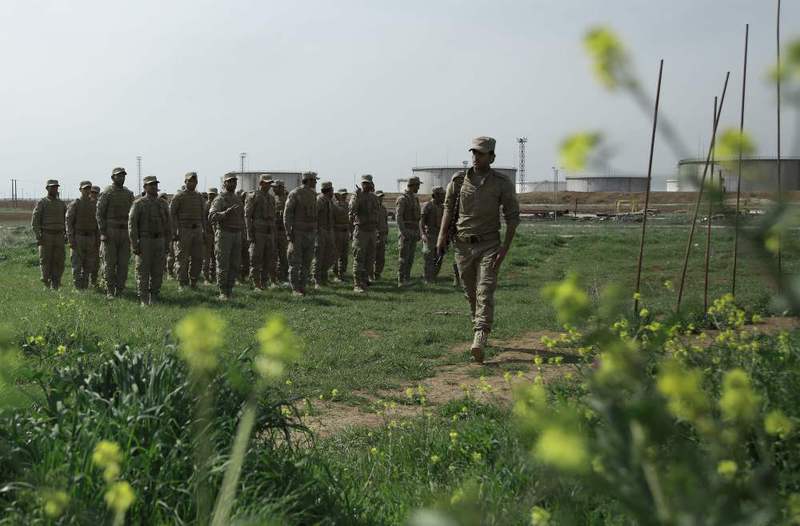 The U.S. administration seems perplexed by Turkey's adamant refusal to recognize the Syrian PKK affiliate PYD as anything other than a terrorist organization. (AFP Photo)
by Fahrettin Altun May 13, 2016 12:00 am

Unwilling to take up an effective role in finding a political or military solution to the Syrian crisis, the EU and U.S. have to follow Turkey's lead

The main point of dissension in Turkish-U.S. relations continues to be the Syrian crisis. The two countries, which held similar beliefs at the beginning of the conflict, have come to different conclusions as the crisis has deepened.

The U.S., in accordance with President Barack Obama's doctrine, weakened its relations with the region and preferred the strategy of managing the crisis at the least cost. Although it identified Bashar Assad's regime as the source of the problem at the start of the conflict, the U.S. has now come to believe that expelling the regime would be a mistake. Declaring the use of chemical weapons as a red line in reality came to nothing, as Obama opted to ignore the regime's use of chemical weapons against its own people in August of 2013. In the continually fragmenting Syria that is becoming increasingly exposed to the interventions of different countries' and terrorist operations, the only actor regarded as a threat by the U.S. is DAESH.

Unlike the U.S., Ankara has approached the Syria crisis as a border country and a gradually rising regional actor aspiring to establish a zone of economic integration with its political environment. Turkey was sensitive from the very beginning to the Syria crisis. When the Arab revolutions began, Turkey attempted to converge with Syria and tried to persuade the Assad regime to take on a democratic transition. However, the approach did not work and the confrontations that began in March 2011 quickly turned into a costly war for authority.

From the start of this crisis until today, Turkey has regarded the Assad regime as the source of the problem and emphasized that there would be no solutions until the regime is removed. It specified that the main aim was the establishment of a political solution representative of all sectors in Syrian society. Turkey has defended Syria's territorial integrity throughout this entire period.

Apart from Syria, as a border country, Turkey has shouldered the greatest costs of the Syrian crisis. There are nearly 3 million refugees in Turkey at this point, and there is no possibility for them to be able to return to their homes in the foreseeable future. It is also currently impossible for a large proportion of the Syrian refugees in Turkey to search for ways of going to other countries. Alongside this is the import of terrorism from Syria that Turkey has had to face. There are two forms to this terrorism. The first, as everyone knows, is that of DAESH. Day after day, DAESH draws nearer to Turkey. The second is PKK terrorism. In the aftermath of the Syria crisis, the PKK wants to carry the de facto gains and status the Democratic Union Party (PYD) has obtained in Rojova into Turkey and create a societal insurrection with calls for Kurdish autonomy in Turkey.

The Syrian crisis has not just taken center stage in Turkey's relations with the U.S. but with the European Union as well. Unwilling to take up an effective role in finding a political or military solution to the Syrian crisis, the EU has been expanding efforts to minimize the problems the crisis has created. In this context, it has tried to apply policies to obstruct the return of foreign fighters that joined DAESH in Syria as well as prevent the refugee flow created by those who had to flee from Syria. However, the EU has had difficulties in both tasks and regarded Turkey as a lifesaver. However, in the following negation process the EU has not followed through with the commitments it promised Turkey.

Turkey has not just faced the caustic problems of the Syrian crisis, because, as a border country, it also had to face opposition from other actors who took up positions in Syria. However, the problems that Turkey is experiencing with the U.S. in the context of the Syrian crisis is not caused by the U.S. taking a position on the crisis, but the lack of the U.S. is taking a position.

Essentially, what the Obama administration has put forward as policy on the Syrian crisis is nothing more than wishes. And Turkey is the one that must confront the practical implications of these wishes. For itself, Turkey wants the U.S. administration to create a veritable policy for this weighty crisis on its border and for the U.S. to accept Turkey's realities.

For U.S.-Turkish relations to be more productive in the future, it is necessary for the U.S. to leave behind its political fantasies on the Syrian crisis and take Turkey as a genuine ally by understanding its concerns.
RELATED TOPICS