G20 summit: A view from Turkey 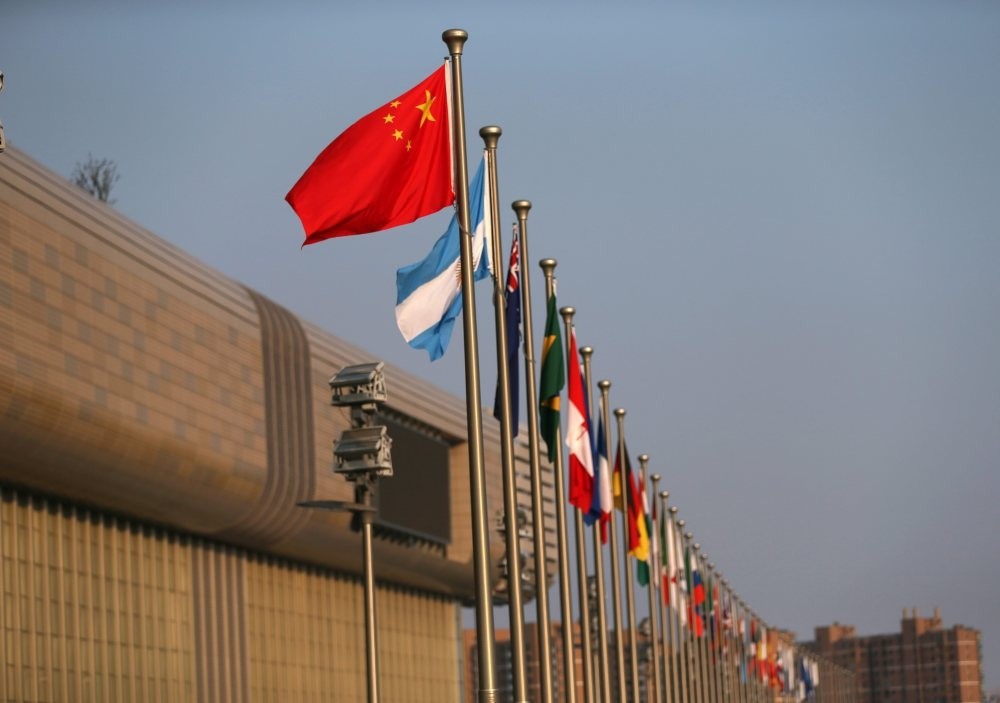 The G20 summit begins tomorrow in Hangzhou, hosted by term leader China. In a message published prior to the summit, the Chinese president indicated that this year's summit would be a strong step in the direction of an "Innovative, invigorated, interconnected, and inclusive world economy." Four main topics are expected to be at the forefront of this summit: "Breaking a New Path for Growth," "More Effective and Efficient Global Economic and Financial Governance," "Robust International Trade and Investment" and "Inclusive and Interconnected Development."

The Chinese foreign minister laid out the main aims of the G20 summit last May. The most attention-grabbing aims were the following: develop a blueprint for innovative growth; formulate action plans to implement the U.N. 2030 agenda for sustainable development; identify priority fields, guiding principles and index system for structural reform; draft strategies for global trade growth; set out guiding principles for global investment policies; and deepen reform of the international financial architecture.

How possible is it to actually reach these aims at a time of harsh global distribution wars and administrative fights? Although some of the actors coming together in the G20 summit insist that the G20 is an economy-centered platform and that solely global economic relations and problems related to flows be taken up, other countries, Turkey at the fore among them, say that such a platform should be used to foster world peace.

In fact, while term president of the G20 last year, Turkey expended great effort to discuss problems threatening world peace, with the issues of terrorism and refugee flows foremost among them. Despite the opposition of various member countries, President Recep Tayyip Erdoğan insisted on holding a meeting about terrorism and refugee flows; thus, the topic of developing a joint action plan to deal with these problems was placed in the concluding proclamation.

Leaders that only want economic problems on the agenda might have two motivations. They are either saying, "These are not our problems" or "We won't speak of these problems with you." Both of which are more problematic than the other. Even if they only take "economic worries" as a basis, they ignore the fact that in this period of global interdependence, all problems are common problems, and regardless of any disagreements that might occur with regard to solutions to these problems, communication is a must.

Unfortunately, most G20 countries insist on ignoring the real problems of the world. However, destructive problems experienced on a global scale - with terrorism at the forefront - are threats to the international order of which the G20 is a part. In such an environment, it is inevitable that all actors lose ground.

There is another dramatic dimension to the G20 summit for Turkey.

The Turkish people protected their democracy through their own efforts. They did not let the putschists pass. But immediately after the coup attempt, it was subjected to international anti-democratic defamation and propaganda. Since the day of the attempted coup, the Turkish people have been trying to show that they protected their democracy and that it was an illegal organization that had infiltrated the state (judiciary, army, police, et cetera) that attempted the coup.

For the G20 member countries, this does not seem to be of particular importance. But I am certain that they still regard Turkey as a strong market. We don't need to remind them of liberal democracy theory. Those who remembered this theory in the aftermath of the 2008 crisis by making their revenues dependent on the financial market - why aren't they remembering this theory at a time when the democracy of one of their members is being threatened? Even more than that, why are they endeavoring to not bring this issue up when they come together?

The Turkish public, whom they regard as a market, are not looking at the G20's liberalization and financial de-regulations, but rather at whether they will protect this country struggling for its democracy.

Turkey has maintained its economic and political stability despite the low-intensity attacks that reached their peak on July 15th, the threat of terrorism and the refugee flow it has been faced with for the past three years. The factor lying behind this success has not been the rational, autonomous and interest-based concept of homo economicus. It is patriotism and the consciousness of protecting the country.

I hope that the Hangzhou summit will be the start of a platform where real problems can be discussed in their entirety, one where it is not only the welfare of investors that is considered but of all sectors of society and that serves to establish world peace.
RELATED TOPICS