Turkey's position in the Idlib equation 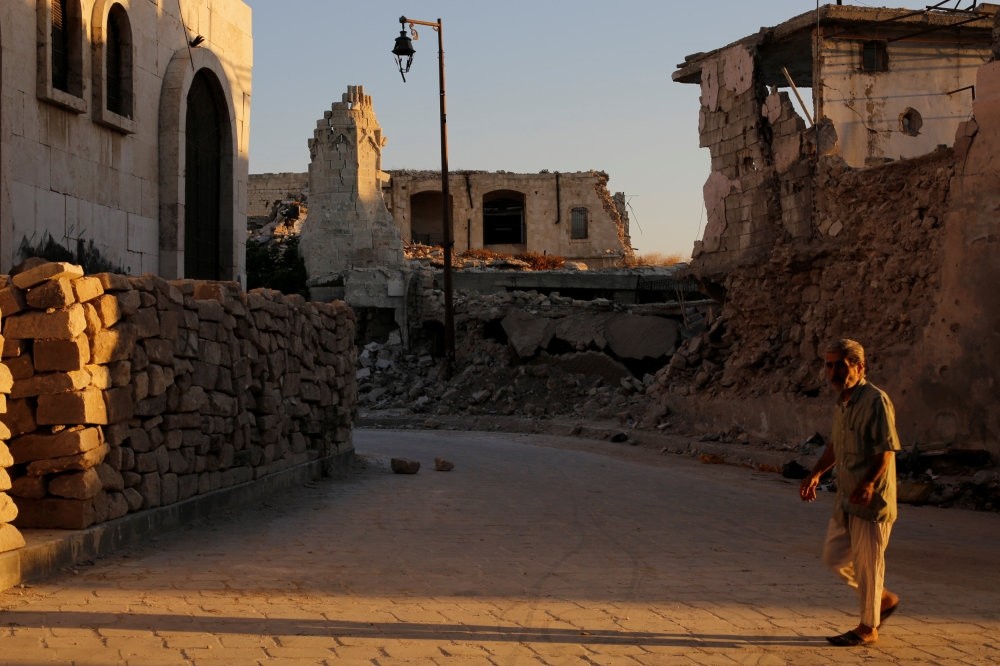 The second phase of this policy came when Daesh nearly took over Kobani. The Obama administration wanted Turkey to move into Kobani and clear it of Daesh "with its massive army." In that period, Obama knew very well of the presence of the Gülenist Terror Group (FETÖ) ruling over that massive army and was aiming to restrict President Recep Tayyip Erdoğan and legitimize his policy of supporting the PKK's Syrian affiliate Democratic Union Party's (PYD) and People's Protection Units (YPG) with this demand. Obama knew very well that the Gülenist presence in the Turkish Armed Forces (TSK) would not act according to Erdoğan's foreign policy goals and that it would resist engaging in any kind of operation beyond Turkey's borders. And once FETÖ elements in the military attempted a coup on July 15, 2016, and were exposed, the TSK began the successful anti-Daesh Operation Euphrates Shield just 40 days later. Some Syrian cities such as Jarablus, al-Rai, and al-Bab were cleared of Daesh. However, the Obama administration did not give up on its decision to continue the fight against Daesh in Syria and chose to support the YPG rather than Turkey.

An administrative change occurred in the U.S. when President Obama left, and Donald Trump arrived. But this administrative change was not reflected in Syria or the U.S.'s Syria policy. To put it even more clearly, the elements directing the U.S.'s Syria policy did not change. It does not matter that Trump has made statements saying he is against the Syria crisis being reduced to the problem of Daesh and Bashar Assad being ignored, and despite conducting an airstrike in retaliation to the regime using chemical weapon, a true change did not occur in U.S. foreign policy concerning Syria.

Today, those who want to create a Turkish crisis over the Syrian one are U.S. officials who were brought to the Syrian area during the Obama period and who were assigned during this period to Syria. The American media, due to its anti-Erdoğan agenda, support this project, and there is a process where both support the other in seriously damaging Turkish-American relations.

Last week, I wrote about the special envoy to Syria, Brett McGurk statement about the presence of al-Qaida in the Syrian town of Idlib, and that unfortunately, the mentality represented by McGurk was not marginal. Leaving Turkey under suspicion because of al-Qaida's presence in Idlib is about limiting Turkey's potential to use hard power in Syria. As of today, Turkey has the opportunity and capability to use hard power against terrorist elements, be they Daesh, al-Qaida or the YPG. At this point, Turkey knows very well what it would mean for terrorist to move to its borders.

Just like how in the past there was an attempt for the Syrian crisis to be transformed into a Turkish one over Kobani, today they are trying this with Idlib. But today, we have to keep in mind that Turkey is not just in the field with soft power, but with hard power as well.

Of course, Idlib is three-times larger than the area in which Euphrates Shield was carried out. But for Turkey, this area being defended by YPG elements is unacceptable. This situation will be regarded as problematic by Russia as well. Due to Idlib's proximity to Afrin and Aleppo, it is in an important center of balance.

If the U.S. hits Idlib, Turkey will have to close the Cilvegözü-Bab al-Hawa border crossing to everything except humanitarian aid. Afrin will continue to be an area Turkey follows very closely. Perhaps Idlib has been brought to the fore in order to remove the potential effects of Turkey's close tracking of Afrin. What do you think?