A new page must be turned in Turkish-EU ties, but how? 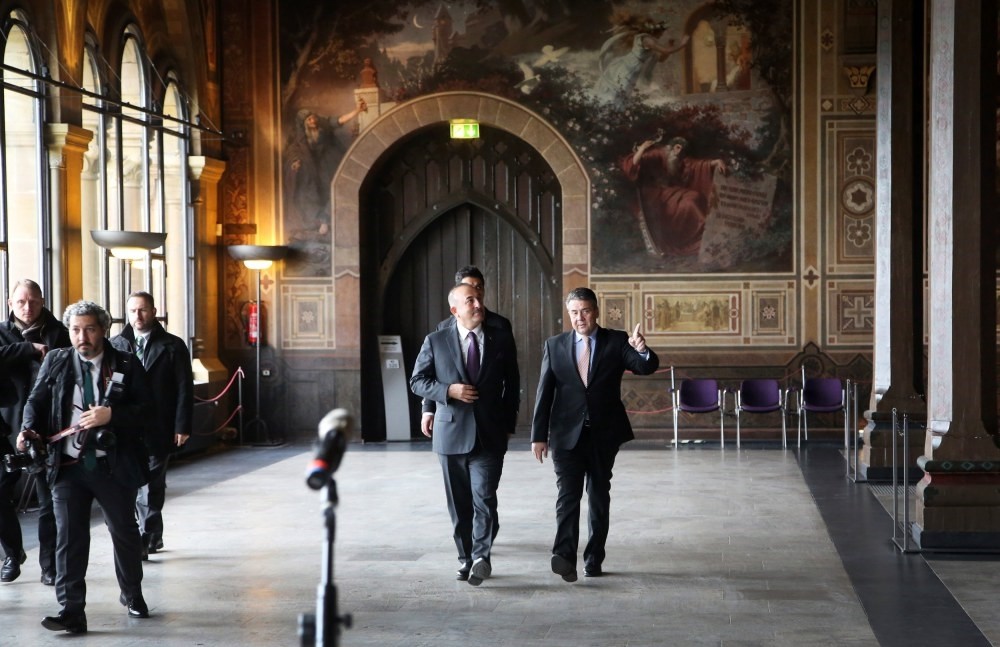 It is high time for Turkey and the EU to start a new era in bilateral relations, but this time it needs to be based on both sides' interests not only the EU's as it was in the past years

Normalization is in both Turkey and Europe's favor. But why? For Turkey, Europe is not an actor that can be ignored or with whom tense relations can be maintained. Due to economic, political, cultural, societal and security concerns, Turkey has to keep Europe on its side and not against it. For Europe, maintaining good relations with Turkey is not a luxury, it is an important opportunity; a necessity, even.

There are a number of challenges facing Europe now, including a rising and different type of new-generation terrorism, pressures from Russia, the potential for new waves of refugees to Europe, the U.S.'s new anti-globalist policies that are exclusionary of the paradigm of free trade zones and have left behind the old period's policies of being supportive of European countries' security, and economic contractions.

In the period that Europe faces these crises, having Turkey's support would open great areas of opportunity for European countries. At this point, there are no chronic, structuralized problems that are impossible to solve between Europe and Turkey. At its core, the tensions between the two, despite the intensity and severity, are more cyclical tensions. At this point, we are facing cyclical problems between Turkey and Europe.

Europe not recognizing Turkey's socio-political reality and attempting to intervene in its domestic policies are what appear to be the primary issues for Ankara. In every period of crisis following the 2013 Gezi Park protests, certain European countries opted to side with terrorist organizations and other illegal formations that had decided to act against the elected political administration.

These countries' expectations from each crisis were the same – to rid the first prime minister and now President Recep Tayyip Erdoğan. We saw the most concrete example of this in the referendum on the presidential system. It should also be noted that all of this caused a rise in anti-Western sentiment in general and anti-European sentiment in particular among the Turkish public.

Another problem that has to be resolved for Ankara is the free rein that terrorist organizations such as the PKK, the Gülenist Terror Group (FETÖ), and the Revolutionary People's Liberation Party-Front (DHKP-C) have in European countries. These terrorist groups continue to sabotage relations between Turkey and European countries.

Moreover, the EU's approach to Turkey's full membership is another problem. Membership negotiations have been stuck not on technical issues, but on political ones. This attitude prevents European countries from forming bilateral and qualitative relations with Turkey.

Germany's foreign policy now also negatively affects Turkey's relations with European countries. Germany's rise to leadership of the EU when it has opposed Turkey's EU membership for years and its regard of Turkey as a competitor that must be weakened directly reflects on relations between Turkey and European countries.

Despite this, Turkey's ruling elite never considered turning their backs on Europe, to initiate a radical separation from Europe or to fully give up on Turkey's aim of becoming a full member of the European Union. The reason for this is the opportunities that can be gained in the case all parties are united. The most important opportunity that will rise between them is the economic partnerships that can be established. Turkey is an important market and route for Europe and Europe is an important resource for Turkey's growing economy.

Updating the customs union is thus an extremely critical issue. A second area of partnership could be energy. Turkey is very important for Europe in terms of satisfying Europe's energy demand as a center of transit. The EU's support for the energy projects Turkey is involved in is necessary to diversify the EU's energy sources and for its energy security.

Another partnership possibility is that of security. Turkey's military partnerships with the U.K., France, Italy and other EU countries should continue, and Germany should be made to join this process after ensuring it leaves behind its current ideological approach.

Aside from these three areas, there are two fields in which a partnership between Europe and Turkey is indispensable for both. In an environment where terrorism is becoming increasingly globalized, Turkey and European countries jointly developing a common approach against terrorism would serve the security concerns of both Turkey and Europe. At this point, a new field of partnership should be established starting with intelligence sharing.

Another element is the key role played by Turkey in the refugee crisis, which Europe views as one of its most important problems. It is true that refugee deaths and migration to Europe has lessened following the compromise that was reached. However, just as the EU cannot manage the refugee crisis on its own, it is not possible for Turkey to provide for the more than 3 million refugees with its own resources.

One thing should not be forgotten. Turkey can establish a strategic alliance and partnership with Europe, not an ideological one. Turkey's society and politics no longer accepts the uni-dimensional modernization concept that Western elites used to place in front of it, as they demand a relation of equals with Europe. When this demand is met it will be for the advantage of Turkey and European countries.