Training and equipping a separatist group against Turkey 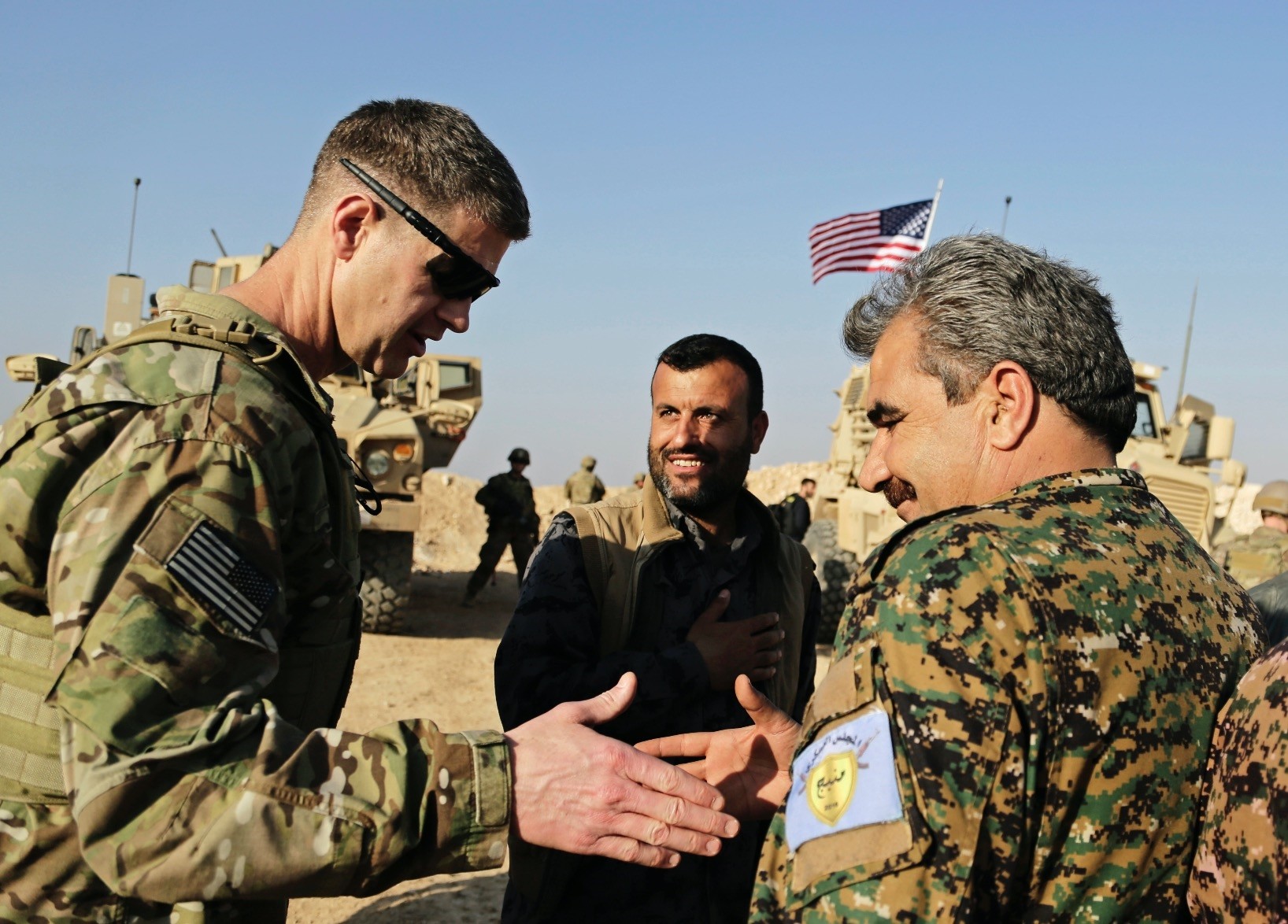 Unfortunately, U.S. foreign policy is being shaped by narrow-minded military officers, and this is the reason behind Ankara and Washington's frozen relations

The U.S.'s announcement to establish a new, 30,000-strong border security force in northern Syria with militants from the outlawed PKK's Syrian affiliate People's Protection Units (YPG), is the last straw for Ankara. Upon that, President Recep Tayyip Erdoğan ordered the launch of the Afrin operation to oppose this plan. Although U.S. troops are not deployed in Afrin, this city is the most strategic spot for the YPG, which is the U.S.'s foremost ally in Syria. For this reason, Erdoğan considered the Afrin operation necessary in order to prevent the siege of Turkey with a "terror corridor." To that end, the Afrin operation was initiated.

The U.S. government did not believe that Turkey could enter Afrin, and suggested that even if it could, it would not succeed. U.S. Central Command's (CENTCOM) regional experts convinced people of this. Of course, they eventually saw that they were wrong. And currently, they want to manage the process in line with their own interests by taking the present situation for granted. U.S. President Donald Trump's National Security Adviser H.R. McMaster paid a visit to Turkey over the weekend and U.S. Secretary of State Rex Tillerson was in the country yesterday.

Both officials intend to restrict Turkey's operations in Syria. They aim to rein in Turkey under the guise of offering opportunities. But as I said before, the arrow has already left the bow. This operation is not a choice, but an obligation for Turkey. The country's national security, social peace, economic growth and political stability depend on it. To be more precise, the operations Turkey has launched in Syria are existential for Turkey. Useless statements from McMaster and Tillerson will not change this. As Foreign Minister Mevlüt Çavuşoğlu said: "Either we restore the relations with the U.S., or the ties will be completely ruptured." This is the present situation.

Frankly, what we are seeing is not promising. U.S. foreign policy is being shaped by several narrow-minded military officers. Unfortunately, the Pentagon keeps aiding the YPG while CENTCOM considers Turkey an enemy. This year, the Pentagon's budget has allocated $500 million for its train-and-equip program and other aid for the YPG. According to Kasım İleri's report in Anadolu Agency (AA), this will increase up to $550 million next year. A total of $300 million will be spent for the train-and-equip program and $250 million will be spent on border security needs. But whom will the trained and equipped militants target? Iran? Daesh? Who is about to be eradicated? No, they will target Turkey.

The problem is not about the lack of sensitivity to or understanding of Ankara's concerns, but acting against these concerns.

Turkey is a country capable of determining its own national security priorities and the U.S. has no right to say what is a threat to Turkey and what is not.