The main opposition's puzzling objection to the Qandil operation 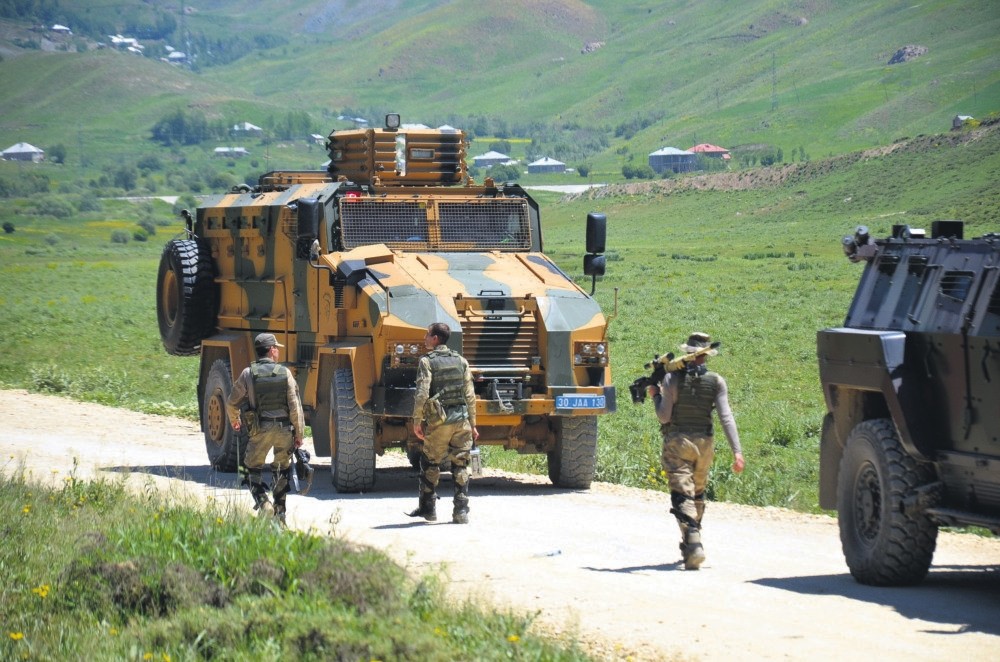 Turkey has continued its counterterrorism operations against the PKK for years. The country recently declared that it has completed the final preparations for a major offensive on the terrorist group's headquarters in northern Iraq's Qandil mountains.

The prospect of the operation, however, was not taken positively by the Republican People's Party (CHP). It reacted shockingly to the Turkish Armed Forces (TSK) plan, even beating the Peoples' Democratic Party (HDP), which is known for its organic ties with the PKK.

The CHP was also against Turkey's Operation Olive Branch, a cross-border offensive against the PKK-affiliated elements in northern Syria.

Well, why does the main opposition party always protest Turkey's anti-terrorism efforts? The answer is simple: Due to their enmity toward President Recep Tayyip Erdoğan – nothing more, nothing less.

It is unfortunate that Turkey's main opposition party has assumed a completely different stance on one of the country's biggest problems, Terrorism. What makes it worse is that the decision came at a time when operations are about to be carried out against the PKK, a terrorist group responsible for the deaths of thousands of innocent people in Turkey.

Recently, the PKK has extended its campaign in the neighboring countries, particularly in Syria through a number of offshoots, most prominently the Democratic Union Party (PYD) and it's armed wing, the People's Protection Units (YPG).

That's why it is impossible for Turkey to keep its people safe until the PKK's cross-border presence is eliminated. It is a must for the Turkish state to stamp out this threat. Operation Olive Branch was accordingly launched and dealt a big blow on the PKK-linked groups. The Syrian city of Afrin, which was a strategic and symbolic center for the PKK, was freed from the terrorist group.

When the Afrin offensive was going on, President Erdoğan clearly said that there would be four steps of the strategy against the PKK. He pointed out four regions, two of which were on the Syrian borders while the rest were on Iraqi borders. They were Manbij, the PKK/YPG elements in the East of Euphrates, Sinjar and Qandil.

Turkey, both on the ground and diplomatically, used its forces against the PKK. It has now reached an agreement with the U.S. to eliminate the YPG presence in Manbij. At the same time, it has accelerated its offensives on Qandil.

As is widely known, Qandil is the headquarters of the PKK terrorist organization where it trains and indoctrinates militants and affiliated groups. It is safe to say that an offensive on Qandil is Turkey's legitimate right.

Considering the simple facts, it is even harder to understand the CHP's objection to a Qandil operation. Unfortunately, the party – as apparent in CHP Deputy Özgür Özel's comments – thinks the offensive will help Erdoğan and the ruling Justice and Development Party (AK Party) in the upcoming elections.

Özel even claimed that "everyone knows that there aren't any PKK elements left in Qandil" only showing a narrow point of view.

There is too much to say to Özel and the CHP, but I would like to end my column here by just asking one question: How do you know there are no PKK elements left in the Qandil mountains when senior PKK leader Cemil Bayık claimed recently that "an offensive will be launched to Qandil, here we are."

Dear Özel and the CHP, what's your answer to Bayık's words? Let's say your arguments are true, and the PKK left Qandil; wouldn't it be a defeat for the PKK and a victory for Turkey? Don't you think that you need to thank President Erdoğan for leading the counterterrorism operations against the PKK?