No, you cannot win with PYD 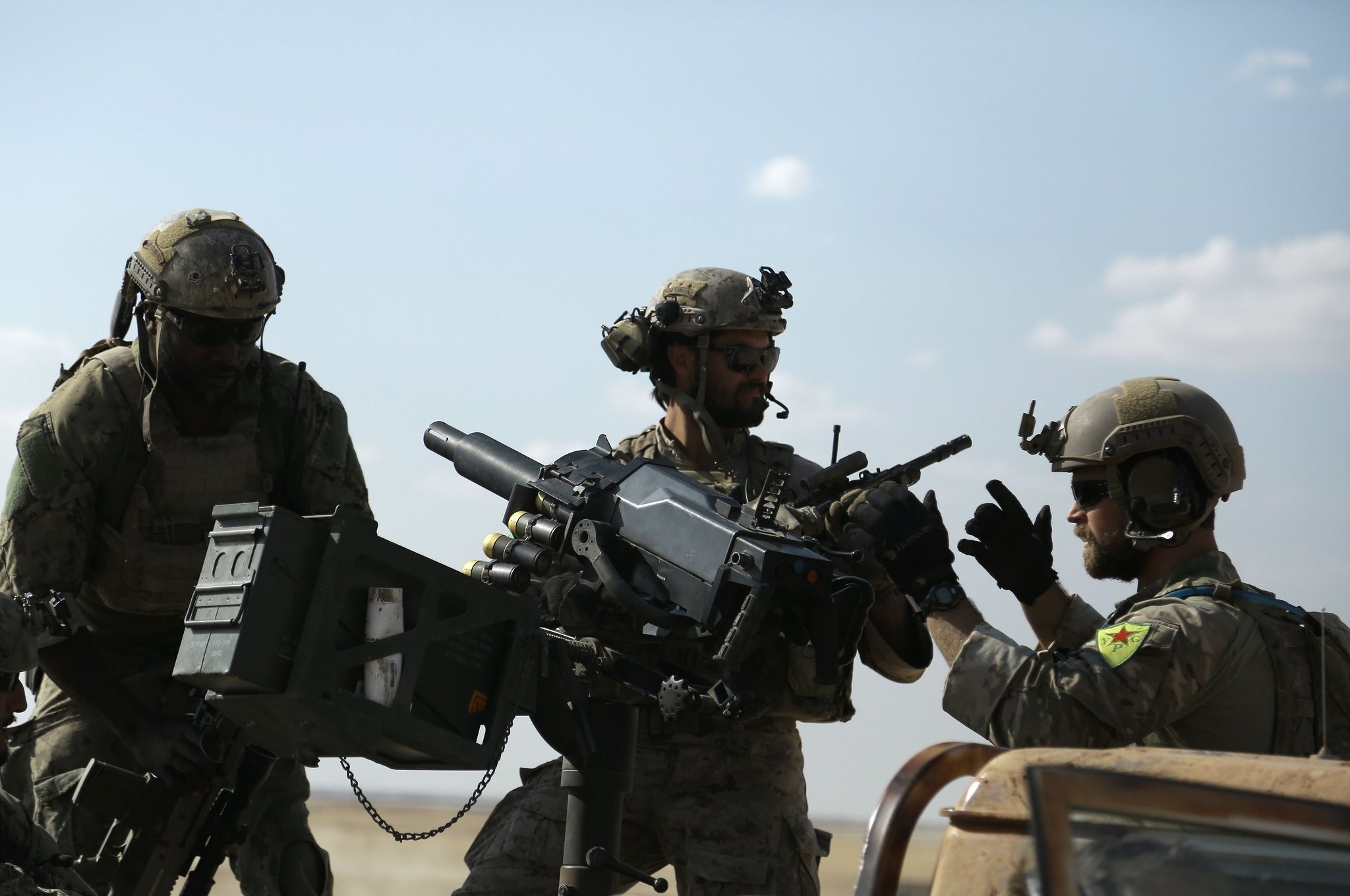 Armed U.S. special soldiers, wearing insignia resembling those of the Kurdish Peopleu2019s Protection Units (YPG) terrorists, riding in the back of a pickup truck in the village of Fatisah, in Raqqa, north Syria.
by Hakkı Öcal Feb 06, 2017 12:00 am

Dear U.S. authorities, please admit that you failed in the region because you chose to collaborate with the Syrian Kurdish PYD/YPG terrorist organization, that does not represent the Kurds in the region, rather than with your legitimate allies

The Democratic Union Party (PYD) and its armed wing, the People's Protection Units (YPG), do not represent Syrian Kurds in the region just as the PKK is not representative of the Kurds in Turkey. There are the Iraqi Kurdish parties only that really represent the Kurdish people. The reason is simple: None of the Iraqi Kurdish parties have an armed component since those peshmergas became official military forces of the autonomous region of Iraqi Kurdistan. The formal head of the peshmerga is the president of the region.

Many political scientists theorized that when you have political violence in a region you cannot have democratic representation there. Until now there have been about 140 military organizations in the world that claim to be representative of a religious, sectarian or ethnic group, which have never ever actually gained anything politically for these groups. They may do so when they denounce violence in political power struggle. But almost always their murderous past continues to haunt them. In case of Iraq, the tribal nature of these military organizations helped them to converge into an official army when the tribes actually merged in the polity that has been recognized nationally within and outside of Iraq.

Bound by his own political promises not to send any more American soldiers to harm's way, former President Barack Obama looked around to find foot soldiers in Syria, and found the first willing group to his taste: The armed group PYD, a left-wing Kurdish political party established in 2003 without any popular backing. Until then Syrian Kurds were subject to the PKK's craving. But the PKK did not have any popular or democratic backing in Turkey. If Abdullah Öcalan, the imprisoned leader of the PKK, had any popular support among the 20 million-strong Kurds in Turkey, he and his henchmen would not flee to Syria in the first place. The peaceful and industrious Syrian Kurds had their own problems with the Baath Regime in Syria, they never turned to Öcalan and his "Turks." But those, who came with Öcalan, stayed in Syria, were protected by Bashar Assad and used by him as tools to instigate the neighboring Turkey. But at the same time, Assad was very keen not to keep these people from mixing with his own Kurdish minority. The penalty to going into a PKK camp in Syria by Syrian Kurds was death until the Baath lost its iron grip over the country.

When the Turkish government warned the U.S. forces in the field about the dangers of arming Öcalan's forces in northern Syria, U.S. officers and the PYD hastily put together what they call the "Arab elements within the Syrian Democratic Forces (SDF)."

The SDF itself is a PYD creation, another bunch of terrorists, with no popular support behind them. The real Arab opposition to the Assad regime has been organized in the Free Syrian Army (FSA). The U.S. military, under the command of Obama, shamelessly claimed that they were only arming the Syrian Arab coalition - an SDF faction.

Last week President Trump ordered to scrap the Raqqa plans off, finally a good move in the two weeks since he took office. Now how is he getting those anti-aircraft weapons and armored vehicles from the terrorists' hands?

I guess Gen. Flynn, Trump's national security adviser, has some answers to this question.