Painting yourself into a corner 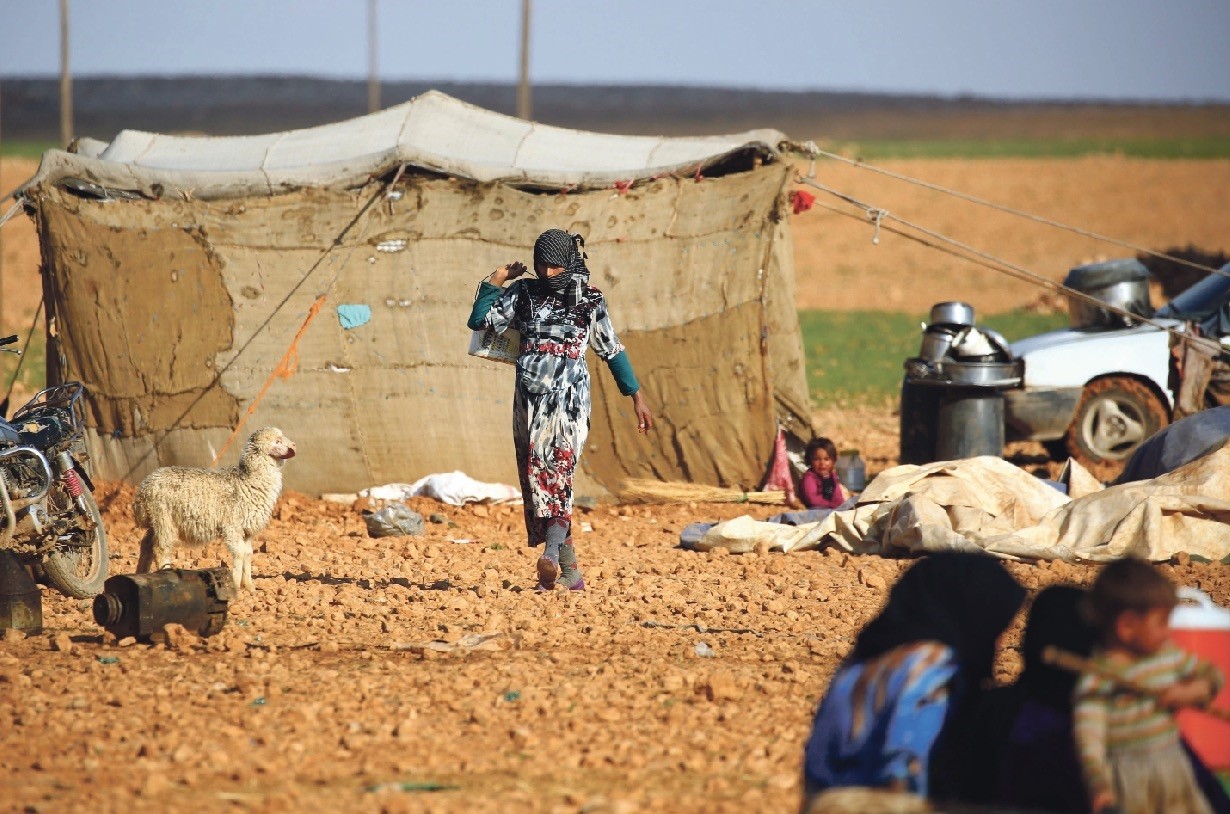 A displaced Syrian woman walking at a makeshift camp in the village of Jab al-Tur, also known as Ukuz Quy, on the southern outskirts of Manbij, March 7.
by Hakkı Öcal Mar 09, 2017 12:00 am

The latest hustles in the Syrian town of Manbij was something expected by all the regional actors, especially Turkey, but the U.S. failed to predict it

The Obama administration developed its Federated States of Syria plan sneakily. Now we know it was not his administration but the military-bureaucratic complex (or the administrative state, as Trump calls it) that did it.

All the way back, in January 1994, President Bill Clinton, in his second and final face-to-face talks with Hafez Assad (Bashar's father and mentor), mentioned three issues: The PKK presence in Syria, Syria's need to start peace talks with Israel and the denied citizenship of Syrian Kurds. Assad the elder immediately offered an olive branch to Israel, but done nothing on the other two issues. It is a fact that the Syrian Kurds needed (and still need) protection from the Syrian regime and Abdullah Öcalan's PKK. The tribal bonds (hence self-defense) of the Syrian Kurds are not as strong as they are in Iraq and Turkey. When Abdullah Ocalan started his murderous "guerrilla movement," the first thing he did was declare war against what he called "the feudal lords of the Kurds." Over the last 40-odd years, the PKK has killed more Kurds than Turks. Yet, thanks to their strong tribal bonds, Kurds never yielded to the PKK and instead sided with the government. That was the main reason behind the PKK's move into Syria, though Assad the elder never willingly allowed him to contact the Kurds in Syria.

Since July 1979, the American foreign policy apparatus used the PKK's presence as a tool against Syria; Öcalan himself tells stories of his contact "with Americans" in Syria. Despite the eagle eyes of the regime on his movements, Öcalan was able to export his Marxist-Leninist "vanguard" party idea to Syria and laid the foundation stone for the Democratic Union Party (PYD). By 2006, the American side started talking about dismembering Turkey, Syria and Iraq and creating a separate, independent Kurdistan.

They realized the first step in Iraq, after the invasion. Iraqi Kurds already had constitutional rights for regional autonomy. After the hurricane known as the Arab Spring changed the military priorities of the U.S. and its allies in the Middle East and Assad the younger refused to cooperate with them against the Daesh terrorists, the American military helped the PYD and its armed wing, the People's Protection Units (YPG), to create their own autonomous regions in Syria.

Manbij is the latest example of such regional autonomous entities in Syria. But there are problems with it. Firstly, it is an Arab province not a Kurdish one. Secondly, the YPG is creating an area of dominance by resorting to ethnic cleansing. Thirdly, Turkey does not like the idea of arming the YPG simply because those arms end up in the hands of their parent organization, the PKK.

Assad did not like the idea of the dismemberment of the country, either. With the help of Russia, he wants to get back to maintaining what are called the Kurdish cantons.

Looking south, we see a group of armored vehicles with American flags; there are Syrian-Russian forces in front of them and YPG terrorists behind them. If this is not painting yourself into a corner, what is?