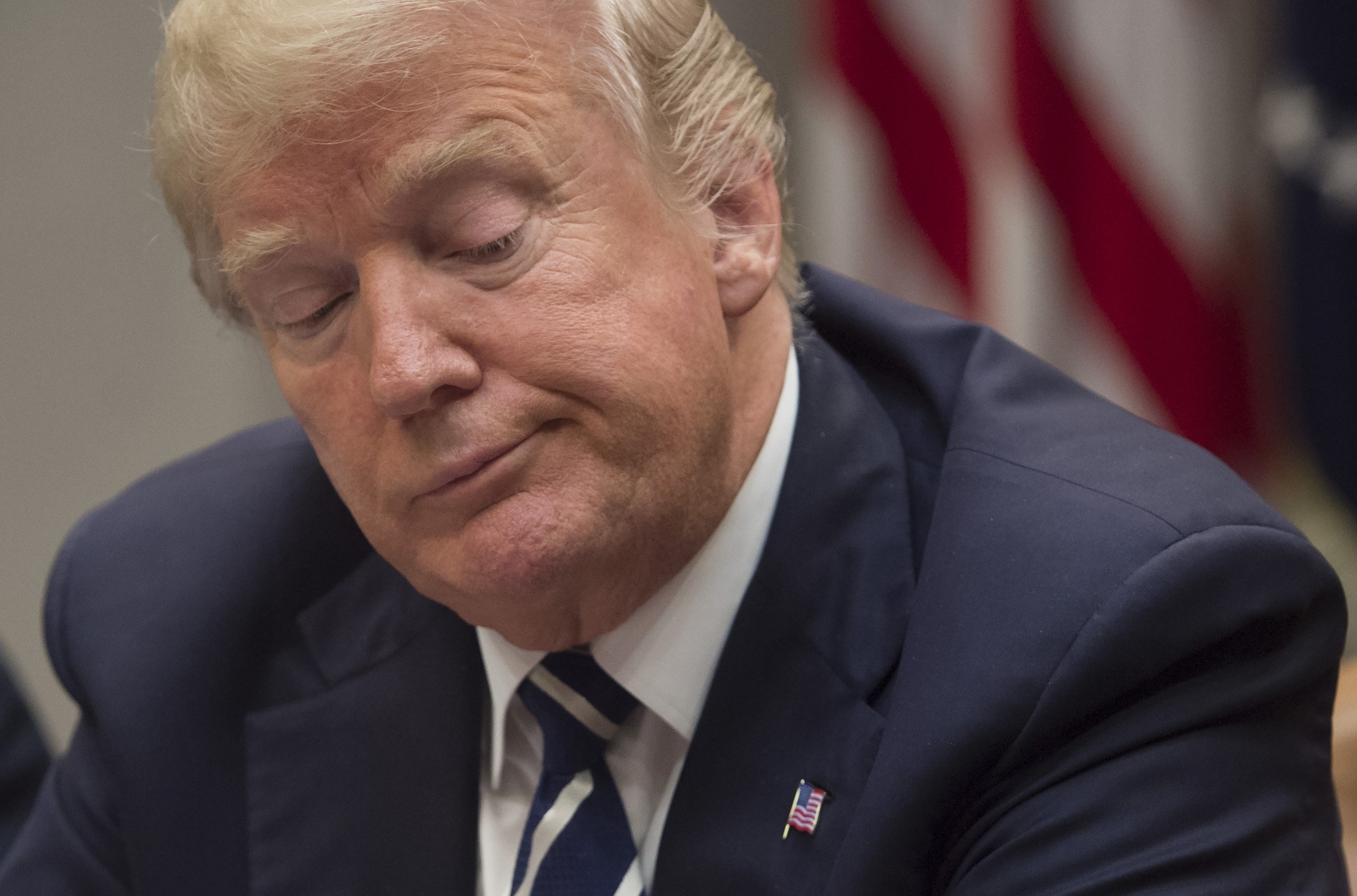 Trump may not be thinking for even a second while determining U.S. foreign policies; at least we know he didn't in the Jerusalem decision

An Israeli online publication warns us that the U.S. cogitation (their choice of word) about Bashar Assad's post-war future is already in progress. Having read Michael Wolff's "Fire and Fury: Inside the Trump White House," one naturally wonders which body part the people at the White House employ to do it. Apparently, people at the White House don't read, write or analyze things. Perhaps they can do such things if they want to but they are heavily engaged in other efforts, so they simply speculate to generate a theory on any subject at hand and proceed from there.

Those civilians at the White House leave things to career bureaucrats and military officers most of the time. Sometimes, they don't even do that. Case in point: Remember that executive order (EO) on immigration, "Protecting the Nation from Foreign Terrorist Entry into the United States," when they took immediate effect to bar admission to the U.S. of all people with non-immigrant or immigrant visas from seven countries – Iraq, Iran, Libya, Somalia, Sudan, Syria and Yemen – for 90 days. It also barred entry to all refugees from anywhere in the world for 120 days and placed an indefinite ban on refugees from war-torn Syria.

Millions of people in the United States and many other countries took to the streets for weeks; airline companies with sold tickets, hospitals with scheduled surgeries, students with registered and paid classes, family members visiting relatives in home countries didn't know what to do. Now, we learn from the book that neither did U.S. immigration authorities, police and diplomats. When asked by the U.S. State Department, Homeland Security and others, the White House could not answer because nobody had read the EO before, during or after the signing ceremony. Steve Bannon, the only person, who – in the words of Michael Wolff – "had read a book or two," with the help of Stephan Miller, wrote it. Neither had ever written an official edict before, nor had they discussed it with anyone who had. The ensuing chaos cost the United States millions of dollars, and they had to correct it later on.

Now, these people (minus Bannon, who lost his White House job after a palace-coup organized by the president's son-in-law Jared Kushner) are thinking what to do with Assad if you believe that Israeli website. According to the site, White House people sat down and began "a broad, purposeful assessment of policy on Syrian President Bashar Assad's political future." As you read these lines, the able and willing people will have completed their deep thinking on the subject, and the "Sun God" (that is what Mr. Trump thinks he should be considered by the people, Mr. Wolff informs us) would have a blueprint to act upon.

During his tenure at the White House, his predecessor claimed no deity and was known to have read (and written) more than a couple of books, and his cronies, such as Vice President Joe Biden, Secretaries of State John Kerry and Hillary Clinton and National Security Adviser Susan Rice, couldn't answer the question about what to do with a person who, according to the U.N. Security Council, had killed 250,000 people and displaced 12 million.

Trump and his civilians, his daughter and his son-in-law will never, ever understand the question, let alone answer it. His generals are busy grinding their own axes. What the Israeli site is trying to do is put words in the mouth of the White House. Now that their emissary at the Oval Office, Mr. Bannon, has not only left the premises but has been disgraced without the hope of repair, they need new mechanisms to whisper into Trump's ears.

The U.S. has no unified policy for the area. They have just received a strong slap in their collective face by the U.N. General Assembly when they proposed recognizing Jerusalem as the capital city of a country that is occupying it. After this, no thinking will do any good to the United States before it takes back the Jerusalem step.