Every photo tells a story, but this one does more 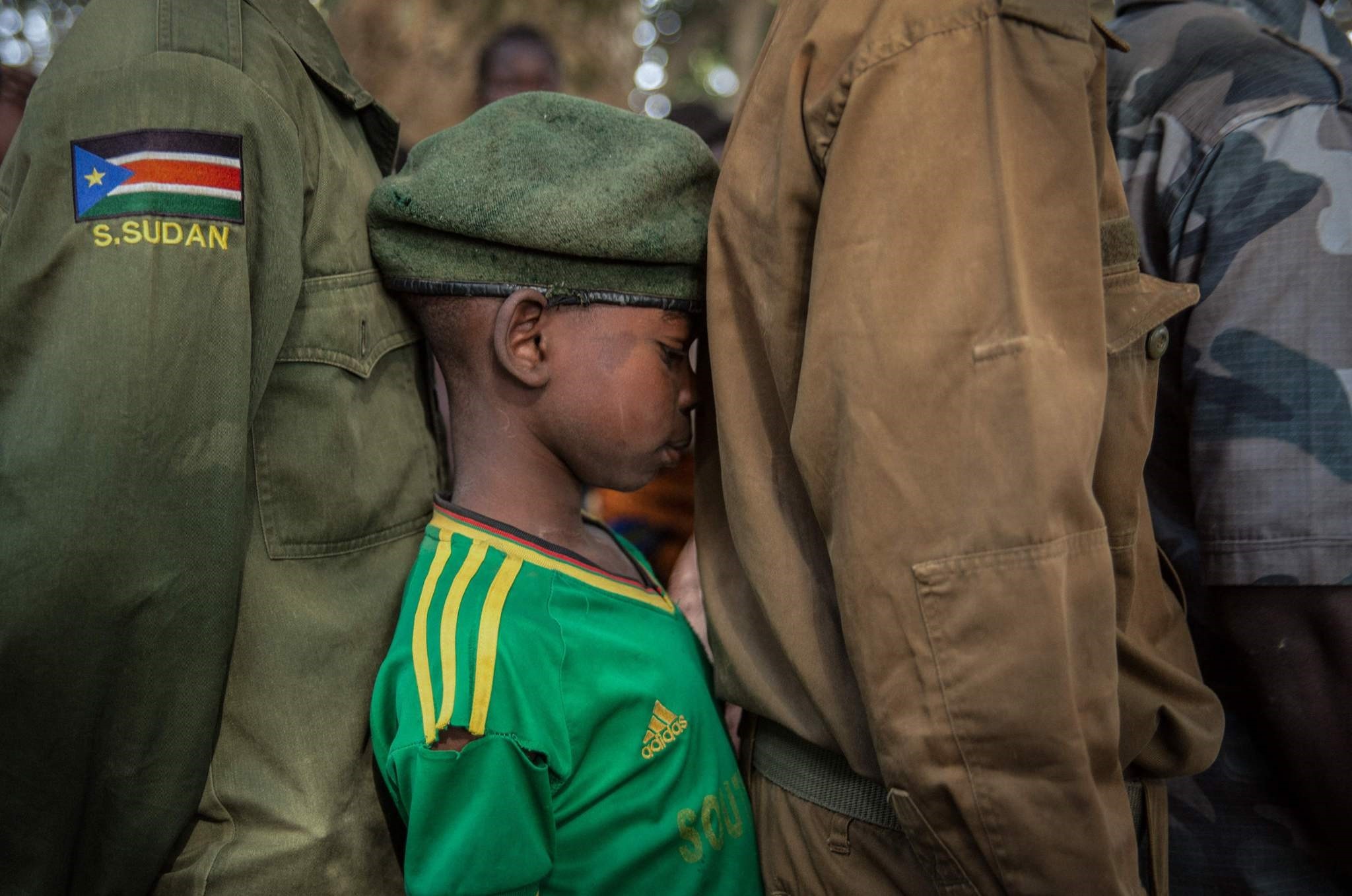 A newly released child soldier waits in a line for his registration during a ceremony in Yambio, South Sudan, Feb.7.
by Hakkı Öcal Feb 12, 2018 12:00 am

The tragedy of child soldiers in the world, particularly in South Sudan and YPG-controlled areas in Syria, has reached the highest level and the international community needs to find ways to overcome it

Copy and paste the image accompanying this article into the Google image search box. You will find a million articles that this image accompanies in the newspapers published on the other side of the Bosporus. You now know this little South Sudanese Christian boy's name is Daniel. He was 14 years old when he was ordered to kill. He had been kidnapped only three days before; he was walking home alone in his village and a passing guerilla commander simply grabbed and threw him into the military truck and drove away. Daniel, with the other 300 boys and girls, had been trained as a child-soldier and turned into a killing machine.

Now, the good-hearted South Sudan government, which is an exemplary beacon of democracy among the Muslim dictatorships, became part of the Convention on the Rights of the Child, and seeing that the Convention asks all warring parties to refrain from recruiting children, decided to release all child soldiers from the army.

When reporting the story of the released child soldiers, those 1 million Western sources you found on the search engine simply mention that the number of children recruited by the armed groups is estimated to be 19,000, but you hardly learn why there was a protracted civil war in Sudan, and why 2.5 million people were killed in 20 years of conflict. Who sowed the seeds of separation in the perfectly peaceful country of Sudan? Who supported those guerilla groups – groups with names like "Lord's Resistance Army" and People's Liberation Army? There is not a single mention of the rich oil reserves of Sudan occupied by these guerilla groups with the help of little children like Daniel.

Of course, you do not cross over a paragraph that is about the religious composition of Sudan before that civil war, how tolerant the country was, and how sectarian and religious bigotry entered the country and this peaceful people divided into "warring parties."

The image is everything. If you have a striking photo like this, editors start filling the columns below with stories of the South Sudan ceremony of the release of the child soldiers.

At almost the same time the South Sudanese child soldiers were released, the units of the Free Syrian Army (FSA), with the help of the Turkish Armed Forces (TSK), rescued Kurdish child soldiers from the hands of PKK terrorists. Did I say "terrorists"? Mea culpa! I meant U.S. partners in the war on terrorism. These are Kurdish "fighters" of Lt. Gen. Paul E. Funk that successfully defeated Daesh. (I think here the success simply means seeing that those Daesh terrorists are packed into inter-city busses with their wives and children, and leave. The general and his partners made sure that they stayed on the bus until their designated destinations, which are known only by Funk and the BBC.)

U.S. partners supposedly fighting against Daesh are actually Turkey's terrorists, who, within the country and across the borders, wage a separatist war in Turkey. The awkward thing is that while the civilian part of the U.S. government recognizes Turkey's terrorists as terrorists, the other part, the soldiers, the commanders of CENTCOM and the Operation Inherent Resolve (the Syrian occupation army, in short) consider them their fighters. It is Abdullah Öcalan's Syrian army, the People's Protection Units (YPG). Lt. Gen. Paul E. Funk had his photos taken under Öcalan's portrait many times, so he knows perfectly well who they are and that they have child soldiers among their ranks.

When the FSA rescues those children and make their photos and stories available to the Western media, do not expect them to fill American newspapers anytime soon.

The stories these boys tell are as heartbreaking as Daniel's in South Sudan. The editors of the Washington Post will not print any of these stories, because unlike Daniel, the 10-year-old Kurdish boy is a Muslim.