Fear and hate engulfs the world 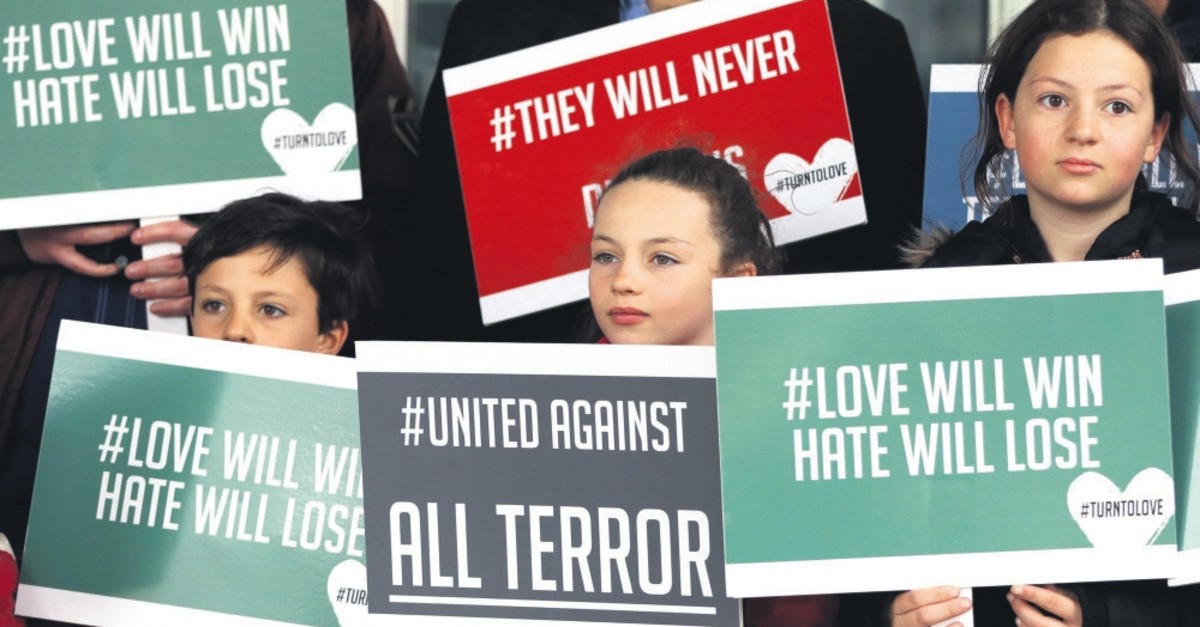 The New Zealand prime minister called it "the darkest day" of her country. She claimed that New Zealand is a peaceful home for 213 ethnicities.She pointed out that one of the perpetrators is an Australia-born person, implying that New Zealand people themselves would not commit such terrible acts. If anti-Muslim hate crimes have increased almost 500 per cent in the United Kingdom, why would New Zealand (or any other Christian country to that effect) remain a "tolerant society"? The leaders of those countries still use politically (and religiously) incorrect terms as "tolerating Muslims." In their books, only spraying bullets at people prostrating themselves on the floor of a mosque before God is an anti-Muslim hate crime.

However, they still do not empathize with young women who are profiled in customs queues in airports and stop this discriminatory practice. They do not seem to understand the crimes perpetrated every day at cashier stands in supermarkets by the way peaceful natives of that country stare at young men with a long beard. They do not understand how worried mothers are for their children to come back from mosques on Fridays in Quebec, Frankfurt, London and other places in those "tolerant" societies. Please visit the website of the organization Measuring Anti-Muslim Attacks (MAMA), which classifies an anti-Muslim incident as any malicious act aimed at Muslims, their material property or Islamic organizations. The U.S. and many other Western countries do not collect data about acts that have anti-Muslim motivation or content or those in which the victim was targeted because of their Muslim identity. You will be surprised that there were 1,219 such Islamophobic hate crimes in 2016 in London alone.

When you go to a place of worship, you ask the Almighty you believe in for success in forthcoming school exams, or for the promotion of your husband or wife, for the improvement of the sickness of a parent. Some good-hearted people even pray for world peace. But praying, "God please, let this guy run out of bullets," as a witness in one of the mosques in Christchurch, New Zealand, did, should make every decent person's heart ache. This is the point where the excuses of the Donald Trumps of this world who ran to defend far-right demonstrators that almost killed protesters during the Charlottesville riots in August 2017 have brought us to. This is the point the non-action of the Trudeaus of this world who have not unearthed the organized movement that killed six Muslims in a shooting in a Quebec City mosque last year brought us to. Now the New Zealand and Australian prime ministers will do it: issue carefully worded condolences that avoid any implication of deep-rooted and organized hate in their societies and arrest four or five people and the whole incident quickly fades away in public memory.

Meanwhile, thousands of mothers and wives will continue to worry if their sons and husbands come back from a Friday prayer; millions of men and women will be the target of gazes and stares on streets, in supermarkets or workplaces by those peaceful people. Muslims will be kept profiled at airport gates to be full-body searched. Those self-proclaimed alt-right, neo-Confederate, neo-fascist, white nationalists, neo-Nazis, Klansmen and various militias will continue to poison societies.

The images of the Israeli police demolishing the homes of innocent Palestinians on televisions in every household in so-called civilized societies or the voice of Netanyahu, claiming "Israel is the nation-state, not of all its citizens, but only of the Jewish people," not disputed, not criticized, will continue to fill radios to normalize anti-Muslim attitudes. Do you think you need more than that to radicalize an ordinary New Zealander or Quebecer? If the political and religious leaders of mainly Christian countries, instead of embracing Muslims as essential members of their societies and educating their nations, simply tolerate – that is, accept or endure as something unpleasant –violence against Muslims, these attacks will continue to increase exponentially.