A con man's game of bait-and-switch 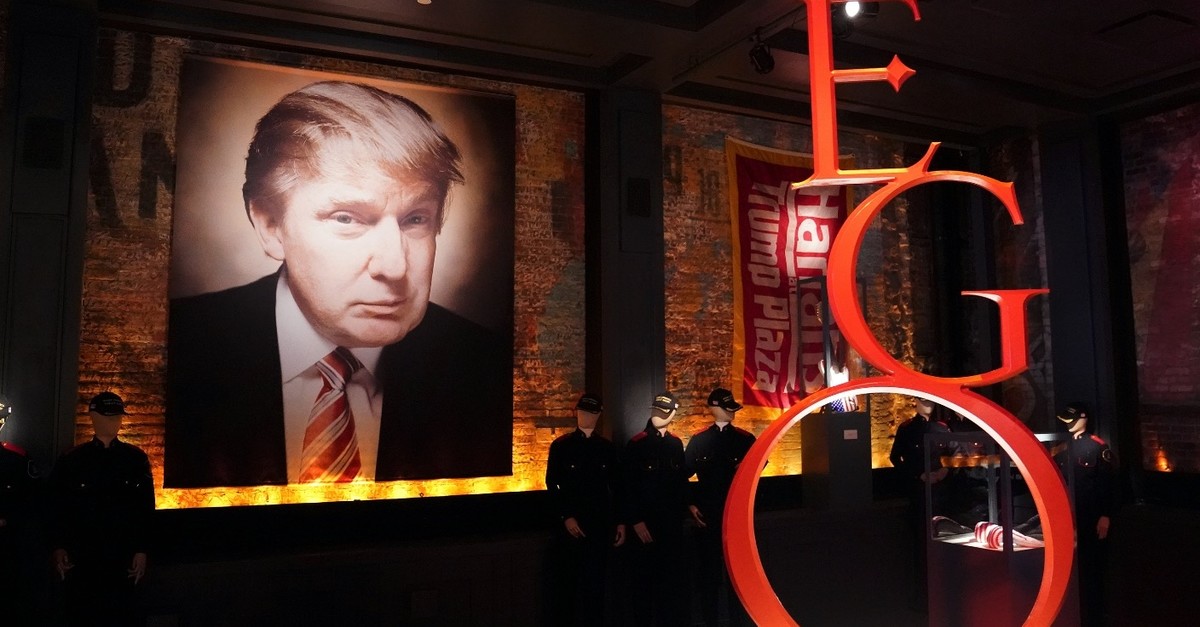 Pieces of memorabilia are pictured in artist-provocateur Andres Serrano's take on U.S. President Donald Trump with a new exhibit called u201cThe Game, All Things Trumpu201d in New York, April 25, 2019.
by Hakkı Öcal May 06, 2019 12:10 am

First a confession: The presence of U.S. presidents has always excited me. First it was Jimmy Carter, who unexpectedly walked into a hall where I had been following the election results on Nov. 4, 1980. "Da president of the U.S. of A!" If you reach out, you could touch him. You could see the tears in his wife's eyes. Extend your hand and you could wipe them away. I'd never vote for him, but he was two steps away and making an untimely speech, accepting the defeat with half of the people still on their way to the polling stations. He was a strange man after all. With this speech he lost an election that he might have won. Hearing him on the radio, people in California and the entire west of the country went back home.

But this is not the point. The whole hall, all reporters, TV people, activists, visitors, everyone jumped to their feet and showed respect not to the man, but to the office he held. His presence required respect.

In the following years, I have had the honor of seeing and talking with all the presidents in various encounters. Some old, some young; almost all white, one black. With hopes, with disappointments. With animus, sometimes with hate; but always with respect.

Not this time: The current president of the U.S. seems like a person I wouldn't buy a used car from.

Presidents Gerald Ford and Carter imposed and continued the arms and oil embargo on Turkey after the Turkish military operations in Cyprus. Whether those decisions were right or wrong is not the issue here. But when Carter said he would lift the embargo, he lifted the embargo. Greece and all the Greek-lovers in England were trying to stop him. But in Georgia and in international law, men are tied with the words that come from their mouth; you don't stumble over your words. When you promise on record that you are pulling your soldiers from Syria and going to stop training and equipping the terrorists whom your allies consider enemies, you do it. Presidents of the sole hegemonic power of the world do not weasel out of their commitments.

We know Donald Trump didn't have any experience in international affairs. But neither did Carter, Reagan and the younger George Bush. But they never usurped the leeway they had to test different policy options in real life. The official U.S. has many conflicting and competing policy groups with a stake in the Middle East. The Pentagon junta on one hand, and the remnants of the Bush neocons on the other, are trying to create a Kurdish (read: terror) corridor in Syria. They think that it is useless if you do not melt it into an independent Kurdish state in Iraq. This corridor and its mainland in Iraq will serve a double purpose: Deliver Iraqi oil to the Mediterranean and provide a route for arms and troop deliveries to the region.

Trump also has competing (or complementary) plans that have the "security of Israel" as their pivotal point. Pushing Arabs as far away as possible from Israeli borders by allowing Benjamin Netanyahu to annex the occupied Arab lands. He must be enjoying the competition among these plans as a Roman Caesar watching a race among lobsters.

Planning a blitz tour to Turkey either right before or after announcing the so-called "Deal of the Century" for the Middle East seems to be yet another trick of a con man. The U.S. must be leveraging god knows what against Saudi Arabia and the United Arab Emirates (UAE), the champions of that deal with a name worthy of the Trump casinos in Ocean City, Maryland. The arms-twisting tactics won't work in that neck of the woods simply because the land has always been prefixed with the word "mother."

Prolonging the hostilities in Syria is also working against U.S. interests. The EU and President Barack Obama had come to the conclusion that dialogue works better on the Iranian mullahs rather than squeezing the Iranian people with embargoes and sanctions. Before anything else, Iran is not going to lose one single red penny because China, India and Turkey are not honoring the U.S.' one-sided trade sanctions.

Trump needs to know that neither his bait nor his switches are working.

Hakkı Öcal is an award-winning journalist. He currently serves as academic at Ibn Haldun University.
Last Update: May 07, 2019 12:05 am
RELATED TOPICS