US playing all its cards wrong 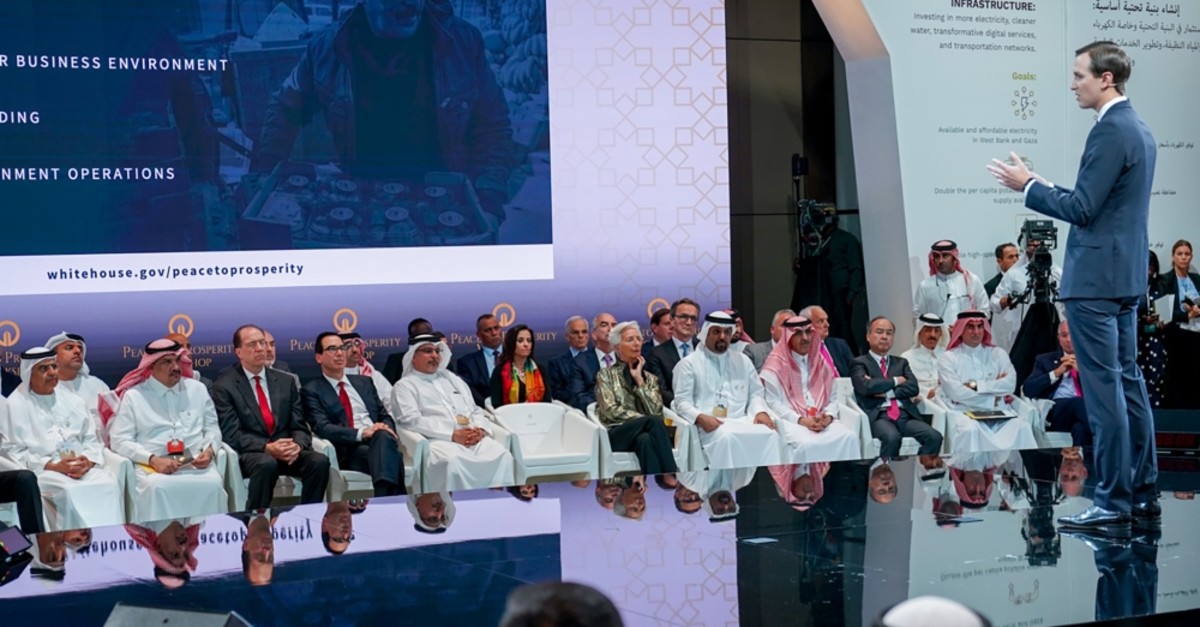 If peace comes to the Middle East one day, Israel would need to give up excessive monetary help from the U.S. government as well as the Jewish diaspora all over the world

Aesop concludes his famous fable, "The wolf and the lamb" with these lines: "The tyrant can always find an excuse for his tyranny. The unjust will not listen to the reasoning of the innocent." Iran is hardly a lamb in international affairs since the so-called Islamic revolution of 1978, but there seems no issue emanating from the Iranian mullahs that could not have been negotiated and solved at the table. Presidents Barack Obama, Vladimir Putin and Xi Jinping, German Chancellor Angela Merkel and U.K. Prime Minister David Cameron followed the negotiations Brazil and Turkey started with Iran; consequently, China, France, Russia, the U.K., the U.S. and Germany signed the nuclear non-proliferation agreement known as the Joint Comprehensive Plan of Action (JCPOA) with Iran.

Until the Israeli prime minister jumped onto the podium at the U.N. General Assembly in September 2018 with some visuals he claimed from the secret Iranian nuclear sites, the U.S. and the world were satisfied with Iranian conduct. Despite the daily rhetoric of the Iranian leaders about wiping Israel from the face of the earth, the U.N. authorities verified that Iran, in fact, decreased their level of uranium enrichment to levels agreed to in the JCPOA.

Following the Israeli claims, however, President Donald Trump withdrew his country from the agreement; and declared more unilateral (illegal) sanctions against Iran and its leader. The Europeans, Russia and China are now trying to work out an international money flow scheme that would bypass the U.S.-controlled SWIFT network.

This international rejection would not stop the U.S. As a response to the Iranian proxy provocations in Yemen and Syria, the Trump administration first escalated the war of words, and later sent flotillas of warships to the Gulf.

Iran's first announcement that it could surpass the limits of JCPOA in uranium enrichment, and later its downing of a U.S. drone in the region caused a new U.S. theatrical with Trump tweeting that "Iran made a very bad mistake," this week he followed with his tweet diplomacy that "any attack by Ir

an on anything American will be met with great and overwhelming force." Iran responded by saying the new U.S. sanctions and the White House's actions are "mentally retarded." The U.S. could have stayed in the JCPOA framework and worked out its differences with Iran with the help of other trade partners of Iran who have immense interest in peace, unlike Israel. Peace, for Israel, means losing the territory it has had under its occupation since 1967. If peace comes to the Middle East, Israel would give up excessive monetary help from the U.S. government as well as the Jewish diaspora all over the world.

With the downfall of the Soviet Union, fate offered humanity perhaps the first patently evident chance for peace which would unquestionably benefit every nation on earth, provided that starting with the U.S. military-industrial, every nation would be sincerely and honestly willing to cast "their swords into ploughshares, and their spears into pruning-hooks." Those who claim to uphold God's promise on earth couldn't bring themselves to not lift up the sword against their neighbors. Starting with the U.S., the West, in general, invented a new enemy in the most unlikely place: In Islam.

This vicious circle fed mutual hostilities on both sides. The most experienced U.S. politicians unashamedly declared that Christian America could not tolerate a Muslim minority in its midst. This attitude brought up a generation of radical right-wingers all over the country.

They are doing it again in Palestine this week. They invited the U.S. and Israeli business people with some Saudi and United Arab Emirates (UAE) representatives to discuss a so-called peace plan that no sane Palestinian could accept. But the U.S. and Israeli media will continue portraying the Palestinians as the enemies of peace because they are not participating in this theater. They will be denounced as being influenced by Iran and that will be used in future attacks on Iran.