The health benefits of fasting during Ramadan

Even though fasting has long been more associated with religious duties, there are people who fast for health reasons. However, you should change your dietary routine when fasting and fill your plates with the right foods to obtain the health benefits of fasting and proper daily nutrition

Detox regimens have been recommended to purify the body from harmful toxins for various reasons throughout centuries. For instance, Hippocrates recommended fasting in order to foster a healthier body while various religions incorporate fasting for spiritual cleansing. Although fasting has been more closely associated with religious values throughout history, today things have changed and the number of people fasting independent from a religion have increased. Although more and more people are fasting for health reasons these days, fasting continues to be a renowned practice of Muslims during the holy month of Ramadan. Before I continue, I'd like to start by wishing Ramadan Kareem to all who fast during this holy month.

While fasting, the order of our dietary plan changes and the nutritional values vary as well. Especially if you are fasting during the long summer days and are limited to only two meals, you should fill your plates with the right foods. By doing so, you can take maximum advantage of the benefits of fasting without getting hungry as well.

Simple carbohydrates and all "simple" starchy foods will result in early satiety but also sudden hunger afterwards. In order to maintain a good balance in addition to long-term feeling of satiety during Ramadan, a diet rich in complex carbohydrates and protein is very important. Fiber is an all-star for overall health as well and is a must for both Ramadan fasting and year-round health. After adding plenty of fiber-rich foods to your meals, the next is to add dairy products as long as you don't have an allergy. Milk and milk products, meat and other protein-rich foods should be added to your diet. For vegetarians,' things are not complicated as your protein comes from legumes, and you should certainly incorporate them into every meal for longer satiety. However, there is more nitrogen found in protein-rich foods, which is harmful to the kidneys. So, people who fast should add more water to their diet to adequately wash the nitrogen out of the body. In general, we advise people to drink an average of two liters of water per day, but during Ramadan I advise you to drink more if you are taller. Tall people have a greater body surface area, so they lose more water throughout the day while fasting. Average water consumption is based on a 170-centimeter-tall person, so you should calculate the average water intake for your height. Although you have very limited time to eat or drink between fasting episodes, we do ask you to spread out your liquid intake during this period instead of drinking in boluses. This basically means that drinking a liter of water right before beginning your daily fast is not enough and not good for your body. In this case, the excess water will directly turn into urine and your daily water reserve will not be filled properly and cause dehydration during the day. 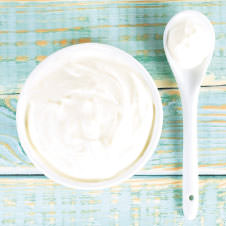 My personal recommendation for all seasons is the magnificent yogurt. I call it the magnificent because of its historical trademark. When Süleyman the Magnificent heard about his ally Francis I suffering from severe diarrhea that no one could treat, he sent his own physician to him who apparently cured Francis with yogurt. After this incident, due to his gratitude, the French king spread the word about the food that cured him. And, in recent history, there are quotes from German scientists that say, "The Turks don't have to discover anything else in the field of medicine since they are the ones that discovered yogurt." Indeed, it is very important, especially during fasting when your gastrointestinal system goes to sleep all day. Fasting long hours affects your intestines just like it does to your entire body. One full serving of yogurt eaten at both iftar (break-fast meal) and sahur (pre-dawn meal) will protect your gastrointestinal health.

Dairy products relax your digestive system, keep you satiated and will make you less thirsty. Yogurt has been scientifically proven to reduce around 500 calories of daily caloric intake as well, and yogurt also programs your body for fasting by preventing dehydration and allowing your digestive system to be healthier. Long-term fasting causes a slowdown or stoppage in the flow of stool movement in the intestines, the bacterial load increases and this bacteria can cause illness. This is why one of the most-balanced foods during Ramadan is Turkish-style yogurt.

For iftar, a bowl of yogurt, a small bowl of soup, maybe with some milk should be enough to momentarily satisfy you before you go for the main meal about 30 minutes later. As long as your food choices are right for you, you won't feel hungry during the day nor the discomfort of eating quickly in a short period of time during iftar. You must stay away from salty, spicy and fried foods, especially if you suffer from acid reflux. These foods will lead to excessive thirst, which is something I'm sure you don't want. 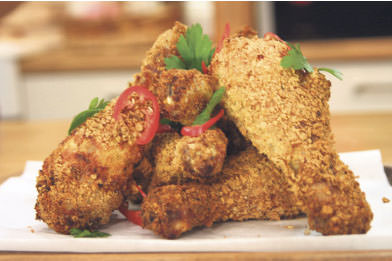 Foods to avoid during iftar and sahur aside from spicy foods include pre-prepared-industrial foods, deli meats and other salty products. All packaged foods contain various chemicals and these chemicals will lock out your satiety hormone leptin, preventing insulin released by your body from working properly and literally turning off your metabolism. This won't result in early hunger, but will interfere with your bodily systems working in a streamline fashion and could harm your body during fasting.

Of course, I should state once again that fasting during Ramadan is for those people who are healthy. Many research studies conducted on healthy individuals advocate the health benefits of fasting. Some scientists even mention that limiting smoking when fasting has positive health effects as well. According to the Mayo Clinic and Harvard Science, fasting was found to have beneficial effects on heart health as well. It is thought that fasting causes our bodies to metabolize cholesterol and glucose in a better fashion while fasting. It was also shown that the level of LDL (bad) cholesterol would decrease and the level of HDL (good) cholesterol would increase while fasting. Additionally, it has been shown that our bodies have a higher number of circulating blood cells after fasting; thus, it is hypothesized that fasting increases healthier blood cells as well.
Last Update: Jun 29, 2015 1:04 am
RELATED TOPICS