‘Because we are human' 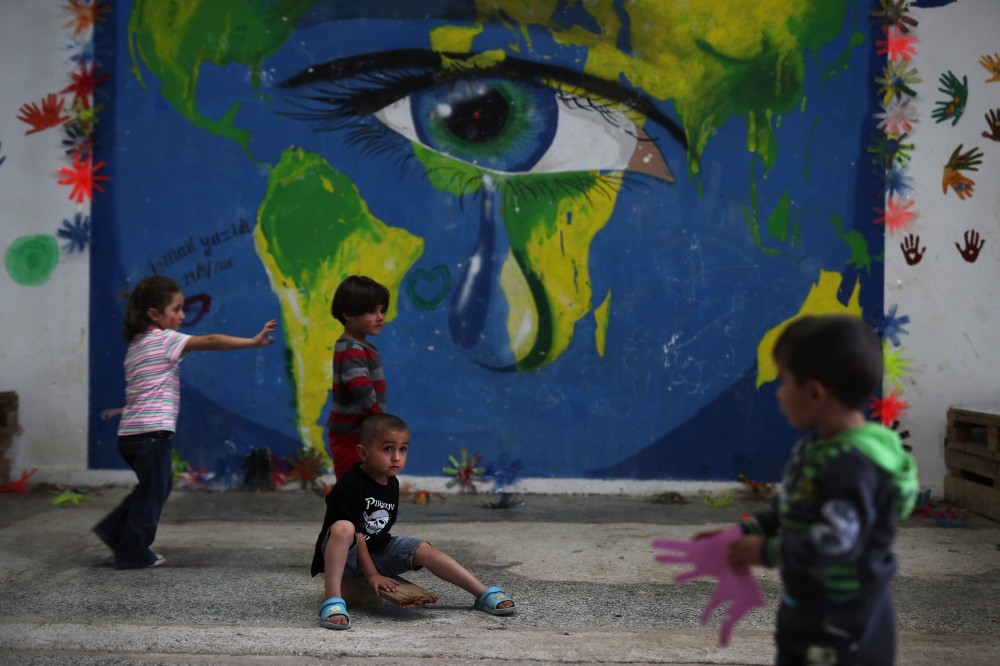 President Erdoğan's words, ‘Because we are human,' is a four-word statement, but the issue of being a human in great global matters could not have been defined in a more concrete way

We are all human. We keep repeating this statement, but we have difficulty making sense of it. We do not have to lie. A suspicion engulfs our thoughts: Are we human? When will we become human? How can we remain human despite all of our miseries and spiritual and moral corruption, endless envy and arrogance and constant quarrels? We want to find a simple and clear answer, but we fail all the time. Especially when it comes to political debates, social disasters in distant territories and global issues, we escape and take shelter in the safeness of our egocentrism. This is because a modern human does not need much humanity as there are many universal declarations of human rights and brilliant ethical and philosophical discussions that can handle the situation.

President Recep Tayyip Erdoğan made a striking speech at the U.N. General Assembly. Erdoğan's statement that "The world is bigger than five" and his warnings about the Gülenist Terror Group (FETÖ) drew the most attention. But, what struck my attention and pleased me most was his "Because we are human." It is a four-word statement, but the issue of being a human in great global matters and politics could not have been defined in a more concrete and simpler way.

The hypocrisy of the West and Western-oriented Turks, while they hide behind the concept of universal human rights, could not be thrown in their faces in a clearer way. In his speech Erdoğan said: "The humanitarian crisis in Syria is now in its sixth year. We are hosting the Syrians who had to abandon their countries. We will fulfill our humanitarian and conscientious duty for these people. The world and the West might not accept them, but we will. Because we are human."

Humanism was born and humanity died. The era referred to as "Enlightenment," which glorifies the mind, made miserable the bare sorrow of humans. . The same goes for the concepts of democracy, freedom and development. The more we cared about the development of this concept, the less we cared about the physical pressure of human beings. This is a naked truth in the heart of everyday life. It is as clear a fact as protecting those in need of protection and giving yours to those in need of them. Either you are a human like this, or you are a great big lie.

"A word cannot be created by a nation in one day. There are the centuries-long efforts of a nation in the articulation and meaning of every word." ("The Secrets of the Turkish Language," Banarlı, Nihad Sami.)