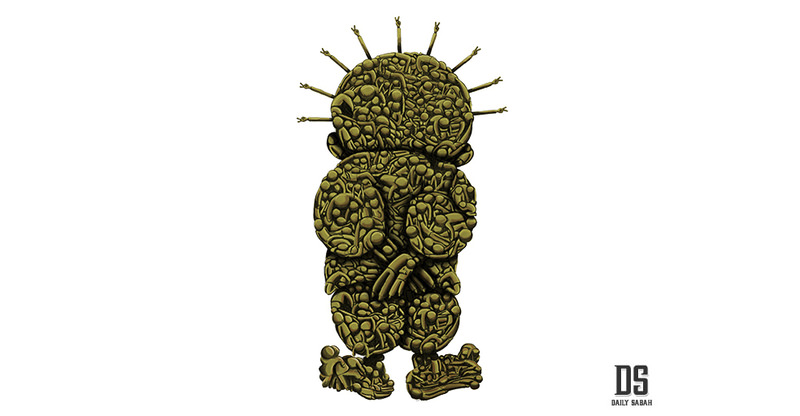 Palestinians, having experienced all types of dispossession and layered structures of oppression by the Israeli government and settlers, find comfort in the sacred as a frontier to give them a sense of wholeness in the total absence of temporal meaning

The name of Hatem ibn Abdellah ibn Saad at-Taiy is recorded in Arab history as being the most generous of the Arabs, and is often used as a basis of comparisons and associated with many proverbs. The phrase: "More generous than Hatem," is the most commonly used maxim when a person acts generously. The actual meaning of the name Hatem, "to be firm/decisive," has given way to the metaphorical and culturally specific meaning that everyone uses as a synonym for generous or generosity. Hatem's fame and praiseworthy reputation was so widespread that the Prophet Muhammad wanted to have met him and spoke positively of his generous character. More importantly, the prophet ordered Hatem's daughter to be freed when she became a captive of war as a way to honor her father's generous character he exhibited in the pre-Islamic period.

"Whomsoever believes in God and His messenger let him be generous to his guest," is a well-known prophetic tradition. Generosity and honoring one's guest has been so intertwined into various Islamic-oriented cultures and societies that one is hard-pressed to separate the religious from the cultural since both became infused. Visitors to the Muslim and Arab world are often struck by the selfless acts of generosity and the extent that people will go to honor and take care of their guests despite being at times more deserving of the food or items presented on the occasions. Thus, the questions of why Palestinians and Muslims not "share" Al-Aqsa with Jews who want to pray on the site that is also sacred in Judaism?

The question is erroneously constructed, and in essence, positing Palestinian Muslims as spiritually stingy and not being forthcoming in sharing the sacred site with Jews. Critically, public discourses in the West never fail to assert the religious significance of the site to Judaism, which serve to indirectly imply a right to it and the land it sits on. In this context, a spiritual significance or affinity to a location is intentionally amalgamated into a territorial claim, forwarded under conditions of colonial occupation.The question is problematic, but it does need to be unpacked and responded to in the current propaganda-filled news cycle. At its core, sharing is a willful act undertaken without any coercion by an individual or a group for no other purpose than to express generosity of spirit toward an honorable and deserving recipient.

Zionist settlers and those wanting to build the third temple are asking to share in what they are hoping to destroy. A bully stealing lunch money in the schoolyard can hardly qualify as an act of sharing, despite the fact that children will often let go of their valuables when threatened. Weekly, and sometimes daily, racist settlers enter the Al-Aqsa Mosque compound fully protected by the Israeli military demanding in a grotesque manner to share the area. Bullying Palestinians to surrender their religious site, Al-Aqsa Mosque, under the rubric of sharing is an insult to generosity and its people.

Entering Al-Aqsa and demanding sharing after devouring 78 percent of Palestine's lands outright in 1948, expelling 780,000, destroying 531 villages, occupying the rest in 1967, arresting, torturing and maiming thousands, stealing water, trees and air itself, then having the audacity to ask Palestinians to share. Sharing what and with whom, racist settlers? The same groups who dance and sing daily, to "kill the Arabs," who boast about "price tag" reprisals and see it as a religious act and obligation to do so, who burn trees and attack internationals daily and the same individuals and groups who come in the middle of the night to force Palestinians out of their homes in East Jerusalem?

You see, Palestinians are a generous people, but are not fools who cannot tell the difference between a bullying colonial thief and an honorable trusted person of God. Palestinians have lived and existed in the heart of sacredness throughout their history, and are perceptive of the spiritual and material states of people passing through their land.

Zionism envisioned birthing a new and modern all-powerful Jewish person through seeking matrimony with the land in Palestine and constructing an exclusivist nationalist project, but outside and in total disregard of the religious text. The physical domination of the sacred space is a prerequisite to complete the worldly and material project, and Palestinians are in the way of its fulfillment. It is not sharing that is being asked, but another large-scale dispossession program focused on the sacred. Palestinians, having experienced all types of dispossession and layered structures of oppression, find comfort in the sacred as a frontier to give them a sense of wholeness in the total absence of temporal meaning. Settlers violating Al-Aqsa's space is an attempt at ripping away the last refuge of dispossessed Palestinians. And the response will not be an invite for the bully to steal more of the metaphorical spiritual lunch, but resistance to it and affirming an anti-colonial approach.
Last Update: Oct 29, 2015 2:14 am