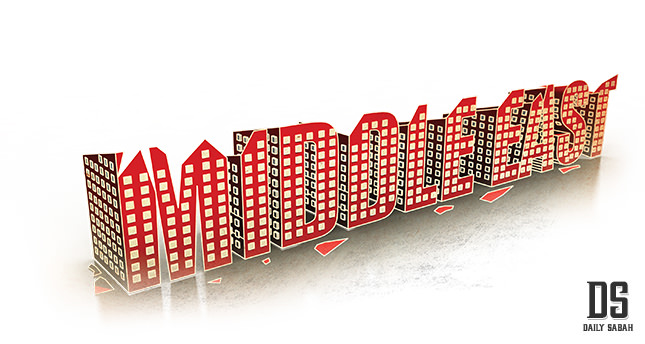 Humpty Dumpty sat on a wall,

Humpty Dumpty had a great fall;

The well-known nursery rhyme, "Humpty Dumpty" is set as a riddle for children with the answer being an egg falling down from a wall. Certainly, if an egg does have "a great fall" then it would be impossible to put it together again. A number of narratives were constructed as to the origins of the story with some dating to the 1700s. All of them speculative attempts to forge an elaborate historical event in relation to the rhyme, but I am afraid this is not going to be one such attempt. After all, every child and parent in America has at one time or another sung these lines without possibly paying attention to its meaning or the constructed narratives around it.

I am using the rhyme to make a point regarding the impossibility of putting Humpty Dumpty, the current Middle East, together again, which stands as a broken and shattered egg. Dating egg's - the current Middle East's - fall is as contentious as how it came to fall in the first place. And who pushed it off the wall? Maybe it was a divine wind that caused it to roll down? No matter what answer you give for the date in question, it will not be possible to put Humpty Dumpty, the Middle East, together again.

Just like a shattered egg, left with so many pieces and rugged edges strewn about, the same is the case in the current Middle East. Mind you, I don't even like or accept the term Middle East due to its colonial origins, so in this case, we have to debate whether an egg actually exists in the first place before theorizing its fall and attempting to put it back together again.

The Orientalist will date the egg's fall with the rise of Islam itself. While the Orientalist will marvel at the material and civilizational progress of the Muslim world, they will conceitedly trace its genesis to wholesale borrowing from the "real" genius fountainhead, classical Greek thought, without which Muslims would have no rationality or age of reason to call their own. Accordingly, Muslims functioned as civilizational postman for the West, the real, true, and authentic genius. Thus, Islam was born broken and only managed momentary periods of health due to contacts with Greek thought. Notice the lack of mention or emphasis on ancient Chinese and Indian civilizations, which had as much impact on Islam as Greek thought.

An extension of the Orientalist egg's fall is linked to the death of the Prophet and the ensuing power struggle that set in motion the rise of a despotic and authoritarian form of rule. Here, while speaking positively of the prophetic period, the emphasis on the transformation of governance in Islam into dynastic rule is depicted as the cause of this fall. The emergence of sectarian tensions or various movements contesting the right to rule is evidenced as a sign of a broken episteme from the early period.

For sure, these tensions and divisions had their impacts, but according to Ibn Khaldun, the famous ninth century Muslim historian and sociologist, the primary driving force behind power consolidation in the post-prophetic period was tribal and ethnic solidarity, 'asabiyyah'. This idea is not unique to Islam and is the foundation of modern nationalism. Consequently, Ibn Khaldun's analysis of dynastic rule and the early development in the Muslim world are examined through specific circumstances and developments that are not dependent on a racial or civilizational hierarchy.

The problematized view on the region gets forcefully reintroduced in the 17th century with the emergence of the European modern nation-state by constructing a contrast with the decaying and despotic Muslim world. The approach has more to do with Europe's attempt at defining itself than an actual analysis of what was underway in the various parts of the Muslim world.

The idea of fixing or bringing civilization and enlightenment to the Muslim world has been a central theme in discourses relating to the vast region. However, the mission to civilize was always undertaken as a colonial and economic project enforced by military power, intended to bring access to natural resources and open markets to finished European products. To civilize the Muslim world meant integrating it into the colonial, social, political, economic, and religious worldview, which included an acceptance of the dating of the egg's fall.

The 20th century has witnessed the constant rolling of the regional egg from a very high colonial wall which continued unabated in the post-colonial and nationalist periods. Being careful when holding and buying eggs is important, however, and the mad rush for natural resources, control of strategic positions, and market shares have thrown the whole regional egg farm with its chickens as well down from a high wall and over into a steep ravine. The reasons for this destruction are again tied up with attempts to access natural resources and strategic positions in a highly competitive global market.

At present, the extremists in the region are a symptom rather than the cause. In the same way the egg shells scattered at the bottom are mistaken for the evidence of what happened as the ongoing violence is posited as the cause for the current chaos. We are sure that the eggs are broken, but completely in the dark as to the reason and to what forces threw them violently down the steep ravine. More critically, the analysis thrown at us asks us collectively to pick up the egg's shells and put Humpty Dumpty together again; but this is impossible.

Extremists are made, not born. Disrupting existing societies' patterns in a divide and conquer approach with full partnership of local elites made it possible for extremism to become a norm and part of policy to settle accounts. If power is the only determinant of meaning and the measure of all things' then extremism is the logical symptom of this emphasis. The major powers' competition to devour more of the world has set in motion a tidal wave of extremism, whereby nothing is sacred except maximizing profits, expanding market shares, and dominating natural resources.

THE NEW MIDDLE EAST ORDER: CENTERED ON OIL NOT HUMANS

As a matter of fact, the same extremists were mobilized and supported by the British against the Ottomans to forge the new Middle East order, which centered on oil, and was later recruited once more into the cold war to fight against the ungodly communists and nationalists. These same extremists were mobilized on a sectarian basis to protect the regional order and, at present, are deployed to counter the rising tide of democratization and freedom in the region. Focusing on putting Humpty Dumpty together again shifts the emphasis away from the causes that produced these extremists in the first place and the big game politics being played with innocent lives on a big chess board. Of course, the poor and dispossessed are the pawns.

'End justifies the means' global and regional power politics is directly responsible for giving birth to the current crop of Frankenstein extremists. These were cooked-up and given the needed facility in a destructive scorch-earth policy intended to keep the current order in place and rescue a dying or impotent ruling class. The Humpty Dumpty shells on the ground point to Iraq's invasion which collapsed a sovereign state and created a vacuum that was filled with non-state actors funded by regional and global powers alike. In the immediate past, Humpty Dumpty's great fall is the work of George W. Bush and armchair Neo-Conservative warriors who cooked-up plans to secure the realm and other insane ideas on the use of military force to project America's power into the foreseeable future.

A failed political elite with unrestrained power has played havoc in the world in the hope of reconstituting a lost or, more rather, a wasted and imagined powerful past. Having wasted America's power in military adventures abroad, massive and unneeded military budgets and an unrestrained debt while sending jobs abroad are all side-stepped in order to advocate an invasion of Iraq and set on oil reserves. When politics cannot offer a future horizon then death and destruction is the policy of choice and extremism becomes a tool to extend power rather than disrupt it. Extremism is utilized to create order through terror and forces people to make a chioce between a quicker or slower death.

Certainly, Humpty Dumpty had a great fall and all the colonial kings and the postcolonial state operatives are unable and unwilling to stop rolling more eggs down the ravine. So it will be close to impossible to change the current conditions. How can extremists breaking egg shells be stopped when the air, ideas, entertainment, economy, and social patterns are all formed on the basis of rolling down eggs from a high wall? Humpty Dumpty is the global political and economic structure that creates growth on the basis of destruction while lulling the 99 percent into sleep by passing on a collective task of putting the broken shells together again - without asking who broke them in the first place. And the 99 percent are assigned the task of rescuing a destructive world system that does not include them.
RELATED TOPICS