Israel and BDS: Assassinating an idea? 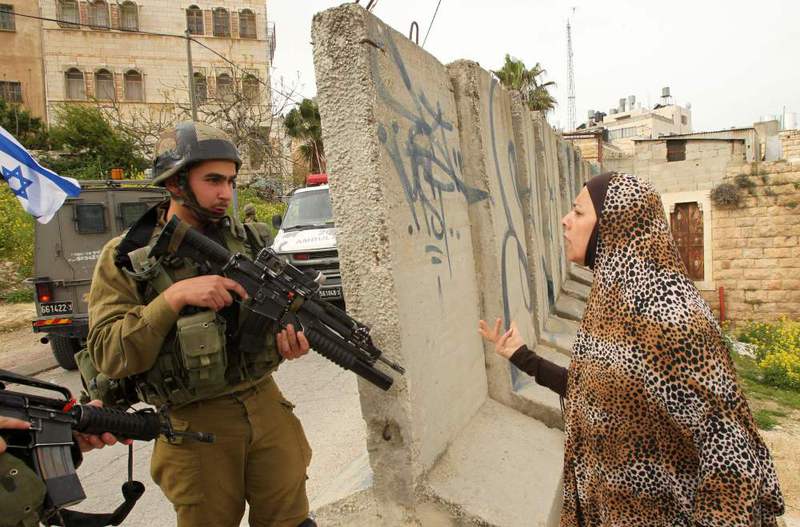 Targeting individuals will not assassinate the idea of the BDS. On the contrary, it illustrates the bankruptcy and declaration of Israel's moral and ethical defeat

Israel's attempt at assassinating the Boycott, Divestment and Sanction (BDS) movement could qualify to be included in the theater of the absurd if it was not a very serious threat by a militaristic, trigger-happy state. At a March 28, 2016 conference held in Jerusalem, Israeli Intelligence Minister Yisrael Katz brazenly called for the "civil targeted killing" of BDS leaders like Omar Barghouti and others. Katz used "sikul ezrahi memukad," which "derives from the euphemistic Hebrew phrase for the targeted killing of a terrorist - the literal meaning is 'targeted thwarting'." The use of the civil targeted killing did not imply, according to Katz, physical murder, but to undertake all measures that would disrupt and neutralize the BDS movement's efforts. Israel's civil targeted killing is a language of a morally and ethically bankrupt pariah state in which "blood" has become the only argument. Katz and other Israeli leaders are attempting to assassinate an idea, the BDS movement, by undertaking a campaign to delegitimize and civilly target human rights activists around the globe. Israel, as a product, is no longer appealing around the globe, including to a sizable segment of the Jewish community in the U.S. and Europe. Assassinating an idea will not improve Israel's standing nor will it end the demands for Palestinian rights, freedom and dignity.

Could an idea be assassinated in civil society? What does civil targeted killing mean when students, faculty, union members and political leaders around the globe have embraced the BDS movement as a way to bring an end to Israel's human rights violations, continued occupation, siege on Gaza and daily humiliations directed at Palestinians?

The call by Israeli Intelligence Minister Katz's call should be taken seriously, and it is a first step toward legitimizing intimidation and violence against human rights activists. In the past and at present, the Israeli security apparatus and military forces have deployed unrestrained violence against Palestinians, continued to expand settlements in the occupied territories and continue to regularly practice extrajudicial killing, which should raise alarms. The use of the same phrase used to target terrorists has the immediate consequence of creating an acceptable culture of violence toward BDS activists.

For Palestinian Israeli citizens, the use of civil targeted killing continues a long history of real violence, massacres, thuggishness and structural racism deployed by successive Israeli governments. This new campaign directed at BDS activists is another escalation from a state that has become accustomed to viewing everything through the lens of war and military force. In more than one way, Israeli society and its political leadership have become comfortable expressing and carrying out fascist policies in the hope of reversing the emerging global consensus that occupation must come to an end. The prominent Israeli journalist Gideon Levy called 2015 "the year of blatant and unapologetic Israeli fascism," but the current turn pushes this even further. The BDS movement is the symptom of the deeper and paradigmatic crisis that faces Israel, the inability to overcome its occupation of Palestinian territory and the failure to permanently remove them to create the envisioned greater Israel.

Here, Israel has all the power cards in its hand and yet is unable to change the basic cantors on the ground and has locked itself in an extreme rightwing box with settlement expansion as the only policy coupled with a massive military death machine. Gone is any possibility of ending the Occupation through a two state solution since the West Bank is being devoured daily by the settlers and the Israeli military. At the same time, Israel is unable to force its will on the Palestinians or wish them away from the area. The BDS is successful because Israel has become a failure in everything that it touches, and the current crop of leaders are unable to craft the moral high ground image without contestation across the world.

Let's be honest for a moment, who would take Israeli Prime Minister Benjamin Netanyahu's word on anything pertaining to policies and global affairs? Would anyone trust anything that comes from his government? Had it not been for the well-funded American Israeli Public Affairs Committee (AIPAC) and a cadre of full-time lobbyists working to bolster Israel's standing, no one would accept to sit in the same room with this bully. Even calling Netanyahu a statesman does not seem to be polite or appropriate, and indeed is a violation of the term itself. The selling point for the BDS movement is Israel itself, its prime minister, government officials, settlers and boastfulness coupled with total disregard of the worthiness and dignity of Palestinian life. Added to the list is an air of hollow moral superiority that is paraded around every time Israel commits a grotesque crime on live TV, but all are supposed to accept the official version coming from a Soviet era Pravda-like PR machine. U.S. Senator Patrick Leahy and 10 other senators sent a letter asking U.S. Secretary of State John Kerry to "investigate whether U.S. tax money is helping Israel in committing 'extrajudicial killings' of Palestinians." Leahy also correctly framed Israel's action as constituting "gross human rights violations," but do not tell this to Netanyahu, for all actions are justified in pursuit of domination and control of Palestinians.

BDS activists in Israel are "alarmed and seriously concerned for [their]physical safety after this top-level threat." The movement leaders point out that similar threats against them have been made by "[Israeli Justice Minister] Ayelet Shaked, [strategic affairs minister and anti-BDI czar] Gilad Erdan" and others. In the face of this blatant threat, BDS activists inside and outside Israel must double their efforts to expose the grotesque nature of Israel's polices and mobilize civil society institutions to effect change on the ground. U.S. and Europe-based human rights organizations and bodies should also move on the policy level to hold Israeli leaders responsible for incitement to violence against peaceful activists. Targeting individuals will not assassinate the idea of BDS. On the contrary, it illustrates the bankruptcy and declaration of Israel's moral and ethical defeat.
Last Update: Apr 08, 2016 2:25 am
RELATED TOPICS