Palestine: Toward a new era! 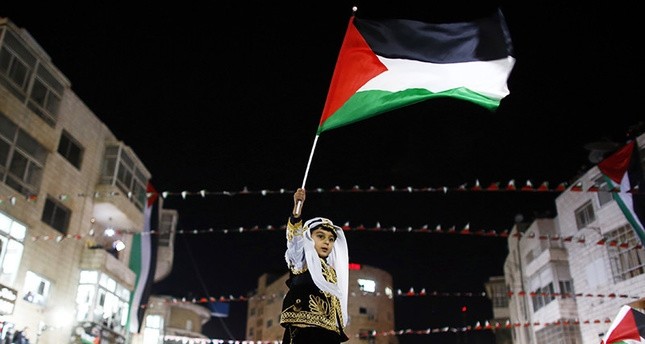 All Palestinians must have a role and a say in envisioning and organizing to forge the new era, and such a unity must be brought together sooner rather than later

The current situation in Palestine is unsustainable for the Palestinians as the internal dynamics are a harbinger of an impending future crisis. First and foremost, let's dispense with any notions or comments of a "peace process" since none has existed as far back as the year 2000, if not before. What has been underway is a masquerade that fostered international support for an occupation by means of never-ending and dead-end negotiations. In this context, we have had successive Israeli governments that continued to entertain a willing global leadership that was more intent on collecting frequent flyer miles to and from the region than actual and verifiable results to bring an end to the Occupation.

The time is now for a new political era that re-centers Palestine and the hopes, desires and aspirations of Palestinians for freedom, dignity and pursuit of their future. Palestinians are hoping for a new era that brings an end to the multiple and layered systems of the Occupation as the starting point and then embark on a freedom trajectory that manifests itself in the daily lives of people. However, the starting point must take into account current conditions and international players that are as much an impediment as the actual Israeli occupation itself.

The quartet - the U.S., Russia, European Union and United Nations - the international gang of four that appointed itself as custodian of the Palestinian-Israeli negotiations has demonstrated in words and deeds that its primary function is to "protect" Israel from international law and the global community. The quartet cannot point to a single accomplishment or bit of progress in more than 20 years of custody over the "peace process" and has given no indication of an ability to take the settlements and the occupation seriously. Whatever backbone the quartet has, it always brought this supposed human strength to bear on the Palestinians and pressured the occupied Palestinian population to succumb to the demands of their occupiers. Palestinians were and continue to be pressured to act appropriately and gently so as not to discomfort the more than 600,000 Israeli settlers, disrupt bypass roads, protest the Apartheid Wall or, for sure, not to impact elections back in the important capitals where these diplomats are hand-picked for their ineffective roles or as often a retirement tour of duty.

The range of services rendered to protect Israel's interests are so numerous that listing them would take pages upon pages but suffice to mention that its single most critical role is to provide protection for the occupation. On a regular basis, the Palestinian Authority adds insult to its people's injury by arresting and pursuing anyone who dares to challenge and organize to end the occupation. In addition and on the international front, the Palestinian Authority succumbed to the quartet's pressure and ended up withdrawing a complaint to the International Court of Justice related to Israel's crimes in Gaza. The Palestinian Authority uses its assigned powers and privileges to curtail and prevent Palestinians from mass mobilization inside and outside Occupied Palestine so as not to embarrass Israel and the quartet or jeopardize its funding sources.

Another pernicious dimension is the fusing and facilitating of Israeli control and domination of the Palestinian market by joint investments that deepen the actual occupation while creating a "golden cage" for the few who benefit. A "golden cage" is still a cage regardless of how beautiful or luxurious the surroundings appear to the imprisoned and occupied population. Economic development and progress is meaningless if it is rooted in deepening the occupation. Yes, economic benefits for a few did materialize, and the Oslo framework gave all the trappings of a state but no freedom, dignity or sovereignty for those living daily under occupation.

Another key disastrous outcome of the Oslo framework was the structural destruction of the PLO. Transforming an existing Palestinian body politic into an effective tool and a police force to protect the occupation is the real travesty. Whatever you may think or say about the PLO as an organization, one has to admit the basic fact that at its pinnacle it provided a cohesive international umbrella for the Palestinians, which we currently lack. Oslo led to the decapitation of the Palestinian political body, which in the process was replaced by an Israeli vent doll that acts and moves according to prescribed roles.

Certainly, a new era in Palestine is hampered by the current conditions in the Arab region, but these are not disconnected and constitute a continuation of the overall crisis. Israel's pursuit of broader alliances and interests are directed at fragmenting the Arab world to lead to a wholesale misdirecting of the economic, political, military and social powers of the region. Israel's containment strategies are operable across the Arab world with more than one regional actor ready to strike an alliance in the hope of a momentary perception of success against a perceived enemy.

In the face of the apparent fragmentation and conflicts in the region, Palestinians have a critical role to play, and a strategy to challenge Israel's approach on regional and global levels is urgently needed. What is necessary in this new era is a unified Palestinian front, inside and outside of Palestine, to counter the ongoing fragmentation strategy. No new direction can emerge if the internal Palestinian fragmentation continues. In reality, Israel is the primary beneficiary of Palestinian fragmentation. It is rather difficult to develop a prolonged strategy if the Palestinian political house is not in order and the decision-making process is hostage to the quartet and Israel's demands. The time has come for the Palestinian body politic to announce its intention to disband the current Palestinian Authority and reconfigure its institutions away from a contractor role for Israel's never-ending occupation.

Others across the diaspora and I call for an empowered, mass mobilized and democratically constituted Palestinian Parliament in exile that should top our agenda if freeing Palestine is the vision. All Palestinians must have a role and a say in envisioning and organizing to forge the new era, and such an institution must be brought together sooner rather than later. The logistics and the modalities can be worked out, but the key principle of setting up a broad representative body is a step toward actualizing freedom and justice for the Palestinians.
Last Update: Oct 20, 2016 1:03 am
RELATED TOPICS