The US' sectarian playbook in the Muslim world 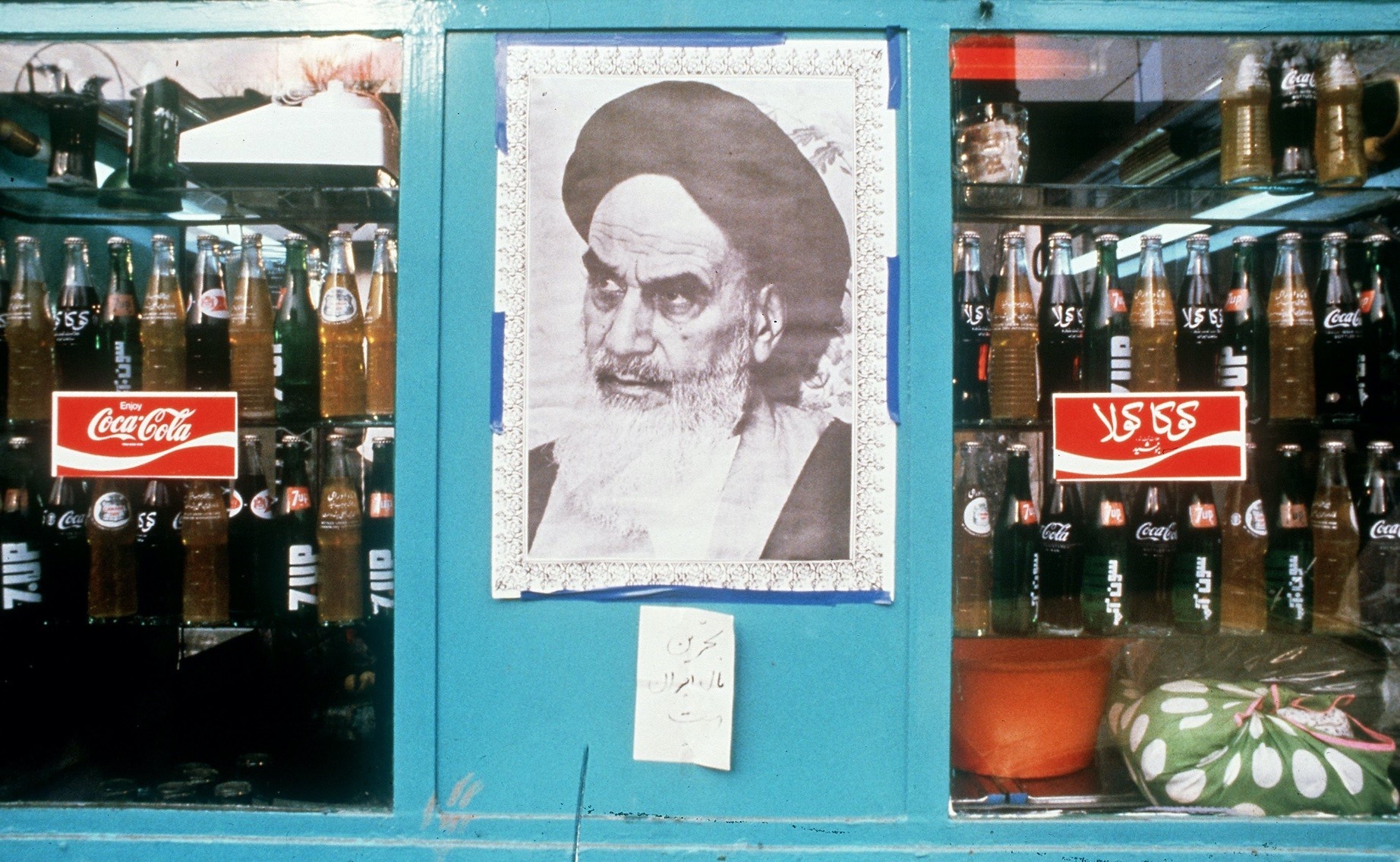 As the world enters 2019, the Muslim world will continue to walk the path of containment and conflict, while embracing the U.S.' vision for a divided and dependent region

Daily news and policy discussions of the Muslim world are solely focused on recent developments and ebbs and flows of ongoing conflicts but rarely look back to the events that led to the current unfolding wars. While a more extended examination of the effects of World War I and direct colonization is always warranted, the more recent period is the focus of this essay without diminishing the longer entanglements of Western interests in the region.

More precisely, the Muslim world is still experiencing the unfolding events of 1979, a year that witnessed the Iranian Revolution and the Soviet invasion of Afghanistan and the attempts to counter both regionally and globally. The strategic alignments in post-1979 contributed to reshaping the political priorities for many a nation-state in the Muslim world and the resulting disastrous consequences.

Importantly, the success of the Iranian Revolution brought an end to the U.S.' Twin Pillars foreign policy in the heartland of the Muslim world while the Russian invasion of Afghanistan challenged the decades-long Western containment strategy of the Soviet Union on the Asian front.

What is the Gulf Cooperation Council's initial work?

Countering the Iranian Revolution and the Russian invasion of Afghanistan required forging new coalitions, development of unique structures and recruitment of foot soldiers into a two-front battlefield. Immediately after the Iranian Revolution, the U.S. and its regional allies worked to reconstitute the U.S.' collapsed pillar by stitching together few countries that can plug the emerging strategic void. The forming of the Gulf Cooperation Council (GCC), as a security alliance, to counter and confront the Iranian Revolution was a crucial piece in the strategy. The GCC's initial work included extending financial and military support for Iraq's war against Iran as well as financing the Afghan insurgency against the Soviet Union. While the GCC supported Iraq's war against Iran, nevertheless it made sure to keep Iraq out of membership, thus setting the stage for a future confrontation, which began to take shape immediately after the end of the war in 1988.

Critically, the constituting of the collapsed strategic pillar called for setting up a new hub for U.S. Central Command in the region to replace the role that Iran played militarily under the Shah. Few countries contributed to this effort including Saudi Arabia, the UAE, Qatar, Egypt, Jordan, and the GCC, as a unit, representing the security interests of all the Gulf countries. During the post-1979 period, U.S. military bases rapidly developed in the region, construction of new military airport facilities, and joint military exercises took shape and became the norm as well as the creation of rapid deployment forces well-suited for desert warfare. The financial costs for all of this came directly from the pockets of GCC countries with spending estimated to be somewhere between $300-$500 billion over 10 years – also, a massive financial and intelligence outlay to recruit and move large numbers of Sunni Muslims from across the world into Afghanistan battlefields to face the Russians. Forging a Sunni Jihadi Islamic identity was the needed ingredient to cement the two front strategies.

Ironically, the U.S. policy toward the Muslim world had centered on Dual Containment, the strategy that called for containing both Arab nationalism and Islamic fundamentalism, which meant both Iraq and Iran among other countries were subjects of this containment. The plan was for the Iran-Iraq war to cause the depletion and wasting of the resources of both states to the extent that after the eight years' war they would emerge as a shadow of their previous self and will be forced to acquiesce to U.S. hegemony.

The mobilization of a particular interpretation of Sunni Jihadi Islam was the critical dimension of the strategy, which was a useful tool to counter both the Iranian Revolution and the Soviet invasion of Afghanistan. On the mobilization of violent tendencies among Sunni Muslims, one should not confuse this strategy with the long-standing and historical resistance to colonialism and occupation that is well documented at least for the past 300 years if not more in the Muslim world. The Sunni Muslim world was stoked and mobilized as foot soldiers to settle accounts between superpowers, on the one hand, and, on the other, to assist in reconstituting the present colonial conditions by punishing a state that collapsed the U.S.' post-WWII world order and domination. Again, the above analysis is not to be confused for being an endorsement or lack of a critique to the various developments in post-1979 Iranian Revolution and the current entanglements in the ongoing conflicts, which is a separate issue altogether.

Recruiting Sunni Muslims into America's twin pillar Jihad against the "evil empire," the Soviet Union and Shiite Iran was the most successful post-WWII foreign policy strategy undertaken by the U.S., NATO, and its Arab and Muslim allies. The result of America's Jihad venture was the collapse of the Soviet Union and the isolation of Iran not only from Western countries but more critically from the Muslim world by igniting a fictitious and highly utilitarian Sunni-Shiite confrontation. Nation-states do not have friends or a religion other than pursuing the ruling elites defined interests, which sometimes can be attained by constructing a close affinity to one dimension of religion or another. Thus, it is very critical to abstain from referring to any country or ruling elites in relations to religious identity no matter the high level of affinity that can be ascertained.

U.S. foreign policy objectives and interests brought thousands of Sunni recruits and military equipment to Afghanistan as well as marshaled the needed resources to fuel the Iraq-Iran war. The U.S. and its allies celebrated the defeat of the Soviet Union and the isolation of Iran, but the consequences of this massive operation were far-reaching and produced more conflicts and divisions that the Muslim world is still working itself through it. After closing down the proxy war and de-commissioning the training camps in Afghanistan and Pakistan, the U.S. foreign policy caravan moved on to craft the post-Cold War order, which did not include democracy, human rights, economic opportunities and equality for the Muslim world; instead it was supporting the post-WWII status quo and strengthening the existing ruling elites.

Rather than viewing the current wars from a religious lens or the stoking of fear that some Islamic movements takeover, the ongoing wars should be analyzed as containment strategies and winding down the 1979 operations. The strategy calls for diverting young populations energies and resources away from internal political change in the Gulf region first and other critical states like Egypt, Jordan, Syria, Yemen, Iraq, Sudan, Somalia, and Algeria, et cetera. The Sunni Muslims who participated in America's Jihad in Afghanistan and on the front lines of the Iraq-Iran war came back home empowered with the idea that they alone defeated the Soviet Union and contained the Iranian Revolution. However, unbeknown to them, during and in the aftermath, they were the frontline pawns in a global strategy that at best considered them disposable.

The end of one chapter of the containment strategy opened the doors to first Gulf War in 1991, the Algerian Civil War, the violence in Egypt, the chaos in Somalia, and few other conflicts. Also, the Palestinian uprising of 1987 was directly connected to the Arab world marshaling of resources and attention away from Palestine and into the war in Afghanistan and the Iraq-Iran war. The events of 9/11 are directly connected to the ideologies and strategies deployed in the two-front war. It was one thing to be oppressed and subject to prolong domination for many Sunnis who went to the war but to be empowered and trained to fight a brutal war against a superpower, the Soviet Union, then come back home into a nothingness status was the primary cause for a sustained and predictable social, religious and political instability.

Going through the second stage of the containment strategy

Currently, the region is going through the second stage of the containment strategy which commenced years before the Arab Spring but for sure intensified post-2011. Indeed, the stoking of the Syrian conflict was a project to abort demands for democratic change, real economic opportunities, and equality and to keep the region solidly in a post-colonial dependency structure.

The Gulf and other regional actors sent their young to be mowed down at the front lines, as containment for domestic populations that increasingly is assertive and wanting to contribute to building a better and more inclusive future.

Furthermore, presenting a horrific example of "Islam" in the Syrian, Iraqi and Yemeni conflicts while again using Shiite-Sunni tension around Iran makes it possible to present the despotic status quo as the best and sane alternative to the crazies that have been intentionally let out of the Gulf's and Arab world's sane asylums. Once you demolish the possibilities of an alternative, then you assert the uniqueness of your "civilizational" project, which is more of a Las Vegas in the desert that is befitting for a Disney movie set than a real and vibrant society.

Stoking Sunni-Shiite conflict or the Iranian Shiite threat is a gift that keeps giving since 1979, and it seems that no end in sight for this treasure trove. The mobilization of Sunni Islam to confront the Soviet Union and Iran worked perfectly to reshape the local political horizon whereby the U.S. has total hegemonic domination, and Israel is the key regional ally to protect despotic post-colonial regimes. As the world enters 2019, the Muslim world will continue to walk down the path of containment and conflict, while embracing the U.S.' vision for a divided and dependent region. The real problem is the lack of sound analysis and a clear understanding of what are the strategies that are being put forth against the Muslim world and how to end being pawns on a massive chessboard.