Islamophobia, racism and the 'Great Replacement' 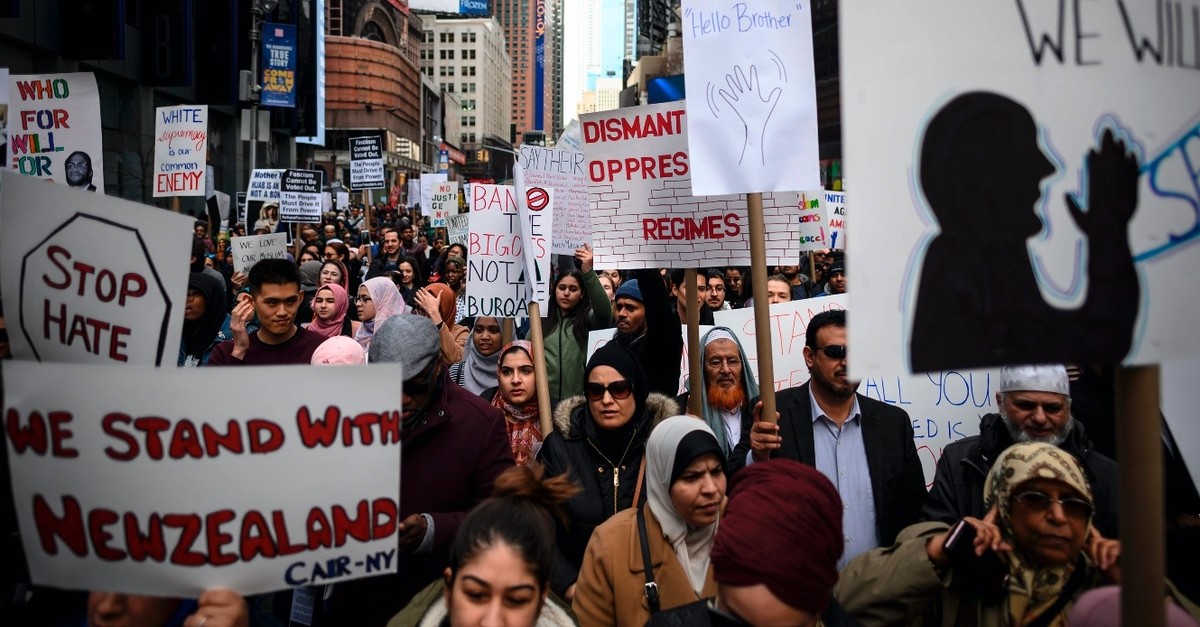 Contemporary attacks on Muslims across Europe and the U.S. are constructed based on a purported defense of Western civilization against a massive Muslim invasion and a possible takeover. The "arrival" of the Muslim subject into the heart of the "Western world" is foretelling an impending collapse, "The Great Replacement" and a total population change. Here, "The Great Replacement," was the title for the 78-page manifesto of the New Zealand shooter, who modeled his action on Anders Behring Breivik, the Norwegian who murdered 77 people, mostly liberal teens at an island retreat, in the hope of stoking a civilizational race war. "The Great Replacement" is the new buzz term for white supremacist groups and deployed by conniving politicians to rally their disenchanted base during electoral cycles.

At the core, the idea of "The Great Replacement" obfuscates the causes behind the ongoing political, social, economic and religious transformation underway domestically and globally while funneling everything through a race-based and Islamophobic analysis. Fear, racism and heightened anxiety are much easier to mobilize for political gains than developing a more in-depth understanding of the complexities facing Europe and causing major societal rifts as well as providing real solutions to the internally and externally constructed problems.

For sure the number of immigrants arriving in Europe and the U.S. has increased over the past 30 years, which is readily documentable. The question is why are people on the move and what caused this increase in the first place? Are people motivated to cross borders and face real death on the way to bring about "The Great Replacement" and declare once and for all victory over the West?

People's movement across borders is not new, and we can trace the causes for such movements very easily throughout history. In the current context, the movement of a large number of people across borders is caused by 200 plus years of economic and political disruptions in the global south and the north. Right-wing parties have constructed an imagined and conspiratorial causality, which asserts that behind this movement of all these people is an attempt on the part of Muslims to convert Europe and the U.S. to Islam and the quest to implement Sharia one neighborhood at a time. Taking over the Western world and replacing the white race with Muslims, Latinos (in the U.S.) and black and brown bodies.

Here, the so-called "The Great Replacement" is built on an extreme form of Islamophobia and the Muslim immigrant and refugee serves as the focal point for the mobilization of the right-wing and xenophobic forces. The precursor to "The Great Replacement" was the intense focus and problematizing of the Turkish subject in Europe whereby anti-Turkish and anti-Ottoman sentiments were used to rally populations into supporting all types of egregious racist policies.

Shifting from Turks to Muslims or North Africans is an easy trope that has found support and a home within right-wing parties, which also has its counterpart among some elements of the political left especially in France and Netherlands.

In the late '90s, the idea of Europe becoming increasingly Muslim gave birth to the Stop the Islamization of Europe campaign, which seeded the soil for racist and xenophobic parties to enter into the mainstream. Stop the Islamization of America made its way into cities and towns in the U.S. and a racist preoccupation with demographics, birth rates and the number of Muslims arriving into the country, which replaced analysis and studies on immigration and causes behind it. Fear of Islam and Muslims has a long history in Europe and the U.S., which served as an easy bogeyman and an enemy through which a cohesive and unified society can be formed and maintained over a long period. Islam is coming or at the "gates of civilization" made it possible to forge a European, and later on an American identity, that is hostile and exclusivist when it came to Muslims.

The expulsion of Muslims and Jews from Europe in the 14th through the 17th centuries is the fertile soil that right-wing political parties grow and nourish their xenophobic and Islamophobia imaginaries. Just like the medieval period, the attempt to consolidate increasingly conflicted and wavering European and American identities between hyper-secular and rapidly changing Christian character, on the one hand, and a racially and religiously emerging diversity on the other. In Spain and other parts of "Europe," the Muslim figure and Islam, as a religion and an ideal other, served as a rallying point to consolidate power and use it to settle Christian sectarian conflicts and fine tune relations between existing monarchies and the pope.

The paradigm of immigration

European and U.S. debates centering on immigration, a focus on Islam and Muslims and formulated within a racist and Islamophobic paradigm, are constructed around a distorted clash of civilization arguments and setup to rally society into a renewed sense of the self. The West needs Islamophobia and Muslims to define itself. The argument is constructed by looking back into history and forming an unbroken line of conflict as well as a desire to expansion by Muslims opposite the West. Consequently, Steve Bannon described the conflict as one of a "long history of the Judeo-Christian West's struggle against Islam," while Michael Flynn, Trump's disgraced national security adviser, framed it as "a world war against a messianic mass movement of evil people, most of them inspired by a totalitarian ideology: Radical Islam. However, we are not permitted to speak or write those two words, which is potentially fatal to our culture." For Flynn, Islam was described as cancer, "a political movement masquerading as a religion and the product of an inferior culture." In a book he has released, Flynn argued that "I do not believe that all cultures are morally equivalent, and I think the West, and especially America, is far more civilized, far more ethical and moral."

The key framing on Islam was expressed most clearly by Bannon back in 2014, when he situated the on-going wars in the Arab world through a historical lens and part of a long struggle between Islam and Judeo-Christian world: "If you look back at the long history of the Judeo-Christian West struggle against Islam, I believe that our forefathers kept their stance, and I think they did the right thing. I think they kept it out of the world, whether it was at Vienna, or Tours or other places… We're in a war of immense proportions. It's very easy to play to our baser instincts, and we can't do that. But our forefathers didn't do it either. And they were able to stave this off, and they were able to defeat it, and they were able to bequeath to us a church and a civilization that really is the flower of mankind."

By positing Islam and Muslims as the problem in Europe and the U.S., the Islamophobes and the West can mobilize the needed arguments for constant military intervention, strengthening partnership with Israel and frame it as the model to emulate on security issues, express support for autocratic dictators in the Arab world, rationalize torture and restrictions on movements of Muslims and others, impose limits on fundamental freedoms and push for securitization of the Western society itself. All that is needed is Islamophobia, and the most draconian policies are sanctioned, and democracy itself becomes a vehicle for securitization, racism, and the demonization of Muslim immigrants and refugees.

Islam and Muslims become the new foil through which "Clash of Civilizations" warriors and Western right-wing parties make it possible to cleanse the blood that fills the pages of European and Western history while positing themselves as innocent bystanders to history. Islam and Muslims become the all-encompassing problem that threatens and undermines Western civilization rather than the destructive policies that caused the massive movement of people across borders from the Muslim world, Latin America, Asia, and Africa. Trump's White House and leaders across Europe are working to mobilize, mine, and manipulate historical memories to foment a global war which would prove "The Great Replacement" thesis and "rationalize" all the necessary measures to prevent it from taking place.

"The Great Replacement" is junk science made in the garage, a reductionist and irrational analysis of the causes of conflicts in the world, and the stimuli behind the movement of people across borders. Here, the lead "experts" and "think tanks" calling for mining Islamic textual sources and examining Muslim cultural norms to understand "why they hate us," the attempt to penetrate Western society and the best approach to counter it is all set up on a right-wing cooked-up thesis to come back into seats of power after rapid social, economic and cultural transformation.

"The Great Replacement" and "Clash of Civilizations" arguments are connected and drink from the same fear and racist reservoir. The call to define the enemy so as to strengthen Western societies was articulated in 2003, by none other than Samuel Huntington himself: "There can be no true friends without true enemies. Unless we hate what we are not, we cannot love what we are. These are the old truths we are painfully rediscovering after a century and more of sentimental cant. Those who deny them deny their family, their heritage, their culture, their birthright, their very selves! They will not lightly be forgiven."