Same lesson from Syria to Yemen 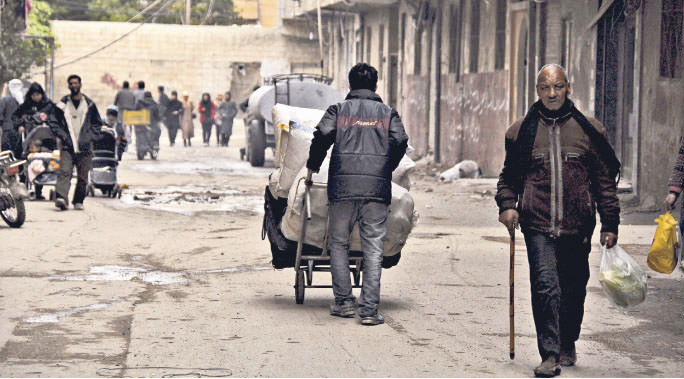 At a time when Iran seeks a diplomatic solution even with the U.S., the leaders of Muslim countries are responsible for offering a peaceful solution to their people

The success of popular revolutions in Egypt and Tunisia encouraged Yemeni people, who had been ruled by a similar one-man regime for many years. When former Yemeni dictator, Ali Abdullah Saleh, took refuge in Saudi Arabia in June 2011, he was succeeded by Vice President Abd Rabbuh Mansur Hadi. Hadi won the subsequent elections, which had a turnout of 65 percent, ending the 33-year dictatorship of Saleh.

However, stability could not be established in the country. As seen in Egypt, when the Yemeni Congregation for Reform, which is widely known as Al-Islah and branches out from the Muslim Brotherhood, gathered strength, the Houthi minority, which is supported by Iran and ousted dictator Saleh, first staged protests by prioritizing problems regarding economy and reform process. It then initiated an armed insurgency with Ansar Allah (Supporters of God), a militant group that arose from within the Houthis themselves.

As seen in the process of the Egyptian coup, the Saudi administration, which feared the Muslim Brotherhood gaining strength, said nothing, and the Iranian-backed Ansar Allah went as far as to seize power and the capital Sana'a. Thus, the words of Ali Akbar Velayati, a senior advisor to Iran's supreme leader Ayatollah Ali Khamenei, which stated that he hoped "Ansar Allah will undertake the same role in Yemen as Hezbollah has in Lebanon," began finding reflection.

When Sana'a was occupied, President Hadi fled to the southern city of Aden and called on the U.N. and Arab League to intervene in the situation. When Ansar Allah attempted to march from Sana'a toward Aden, driven by the arrogance of power, Saudi Arabia's new king, Salman, made his first foreign policy move knowing that they would be completely besieged. The Saudi-led coalition, which was formed with Hadi's call, initiated a military intervention with aerial bombardments. The Sunni countries, which have been unified by this intervention against Iran's expansionist policies, have come to be called the "Arab NATO." This means that a Sunni-Shiite division is being struck, and such a division, which is unlikely to remain limited to Yemen, is expected to prevail over the next decade.

At this point, President Recep Tayyip Erdoğan seems to be the only leader who is producing an original discourse in the region. On the one hand, he has verbalized the first overt objection against the expansionism of Iran, which dominates four Arab capitals, saying that Iran and terrorist groups should withdraw from Yemen. On the other, during his recent official visit to Tehran, which took place just a few days after he made this remark, he warned Islamic countries against power struggles which are disguised as sectarian clashes, saying "Both Sunni and Shiite are one to us. I regard [them both] as Muslim."

I wish leaders would lend an ear to this call, if they do not want the proxy wars, which are made to seem as Sunni-Shiite conflict as evident in Syria crisis, to spread to the whole region. Otherwise, we might enter a dark period, the only achievement of which would be much shedding of blood, as during the Thirty Years' War, and which will result in the division and collapse of the states in the region.

At a time when Iran seeks a diplomatic solution even with the U.S., the leaders of Muslim countries are responsible for offering a peaceful solution to their people, rather than instigating new wars.
RELATED TOPICS