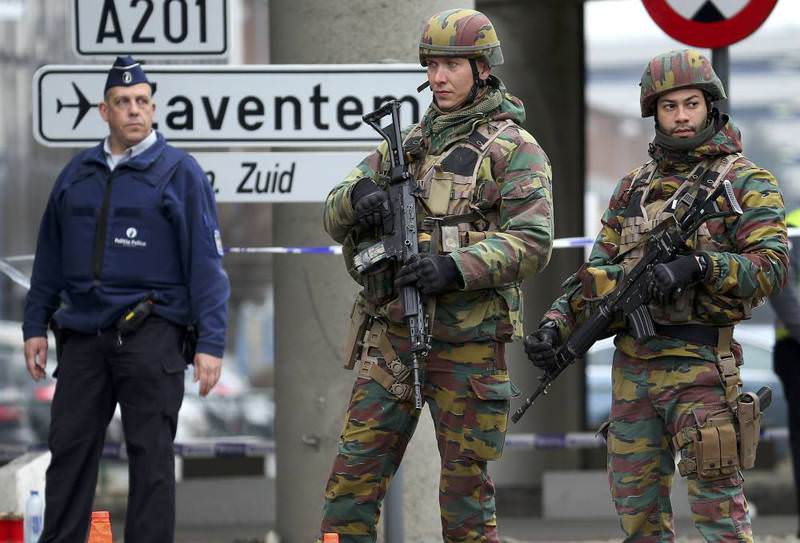 European countries should first explain why they are playing ostrich in relation to terror, which has been hitting the Middle East for decades

British pianist James Taylor, who has been living in Ankara for many years, reproached the European Union in a Facebook post for still regarding itself as a "colonial center" and its neighbors as a "colonial periphery."

Although Prime Minister Ahmet Davutoğlu attended a solidarity march with world leaders following the Paris attacks in November and some Turks made the "Je Suis Paris" hashtag a top trending topic on Twitter, the indifference from EU counties toward the PKK attacks in Ankara tested Taylor's temper. He made the following statements in his Facebook post:

"For those who do not know Turkey, or who distance themselves from these attacks, maybe this will open your eyes.

"The bombing this evening occurred in the one of the most crowded parts of the centre of town, next to many bus stops with people waiting to go home, arriving for a night out, and sitting in the park relaxing and drinking tea.

"It is the equivalent of a bomb going off outside Debenhams on the Drapery in Northampton, or on New street in Birmingham, or Piccadilly Circus in London.

Can you imagine the victims? The teenagers catching the bus to go home, the grandparents walking into town, the people waiting for a taxi after a long day laughing and socialising in the sun.

"Now imagine they were english, and this attack was in England. If these people were instead the people you see every day on your way to work, people just like you and I, normal, happy people. Families, policemen, students, artists, couples. Your friends maybe. These people are no different. They just happen to be Turkish.

"Contrary to what many people think, Turkey is not the Middle East. Ankara is not a war zone, it is a normal modern bustling city, just like any other European capital, and Kizilay is the absolute heart, the centre.

"It is very easy to look at terror attacks that happen in London, in New York, in Paris and feel pain and sadness for those victims, so why is it not the same for Ankara? Is it because you just don't realise that Ankara is no different from any of these cities? Is it because you think that Turkey is a predominantly Muslim country, like Syria, like Iraq, like countries that are in a state of civil war, so therefore it must be the same and because you don't care about those ones, then why should you care about Turkey? If you don't believe that these attacks in Ankara affect you, or you can't feel the same pain you felt during the Paris or London attacks, then maybe you should stop to think why, why is it that you feel like that. Turkey is an amazing country with truly wonderful people. I have never felt more welcome, more happy, more safe than I do here.

"Ankara is my home, it has been for the last 18 months, and it will continue to be my home.

"You were Charlie, you were Paris. Will you be Ankara?"

Although the PKK claimed 38 lives in Ankara, it was unfortunately allowed to set up tents and make propaganda outside the European Parliament just three days before the DAESH attack that claimed 34 lives in Brussels on Tuesday. Let alone be Ankara, Brussels is a city where the PKK can easily find a living space, become organized and make propaganda. Other European capitals such as Berlin and London are also the same.

For instance, PKK supporters could march in London with the photos of Abdülbaki Sömer, who carried out a suicide attack killing 28 people in Ankara. Therefore, it would be a luxury for us to expect London, Paris and Brussels to be Ankara. We have lower expectations from them, such as not allowing PKK propaganda.

As a Turk, I do not understand the reasons for wanting to see that my country's flag wave in the EU following a terrorist attack in my country. What will I gain if I see that my flag waves in Belgium, whose history is stained with the blood of colonized African, particularly Congolese people? As a Turk who is heir to an empire that bestowed the right to life for different religions and never conducted mass murders despite dominating continents for six centuries, I cannot help but ask what Turks will gain if a Turkish flag waves in the capital of a country that reduced Congo's population to 9 million from 20 million through mass murders and that never criticized itself for these acts?

My only expectation from Belgium and other European countries is to take the same stance against all terrorist organizations that murder people using suicide bombers to the same extent. I also expect them to understand that there is no difference between the PKK and DAESH for Turks and that Turkey will maintain its struggle with this understanding.

It is enough for Turks if "civilized" Europe can achieve this.

Hilal Kaplan is a journalist and columnist. Kaplan is also board member of TRT, the national public broadcaster of Turkey.
Last Update: Mar 25, 2016 1:53 am
RELATED TOPICS