Will Turkish-Iraqi alliance go on? 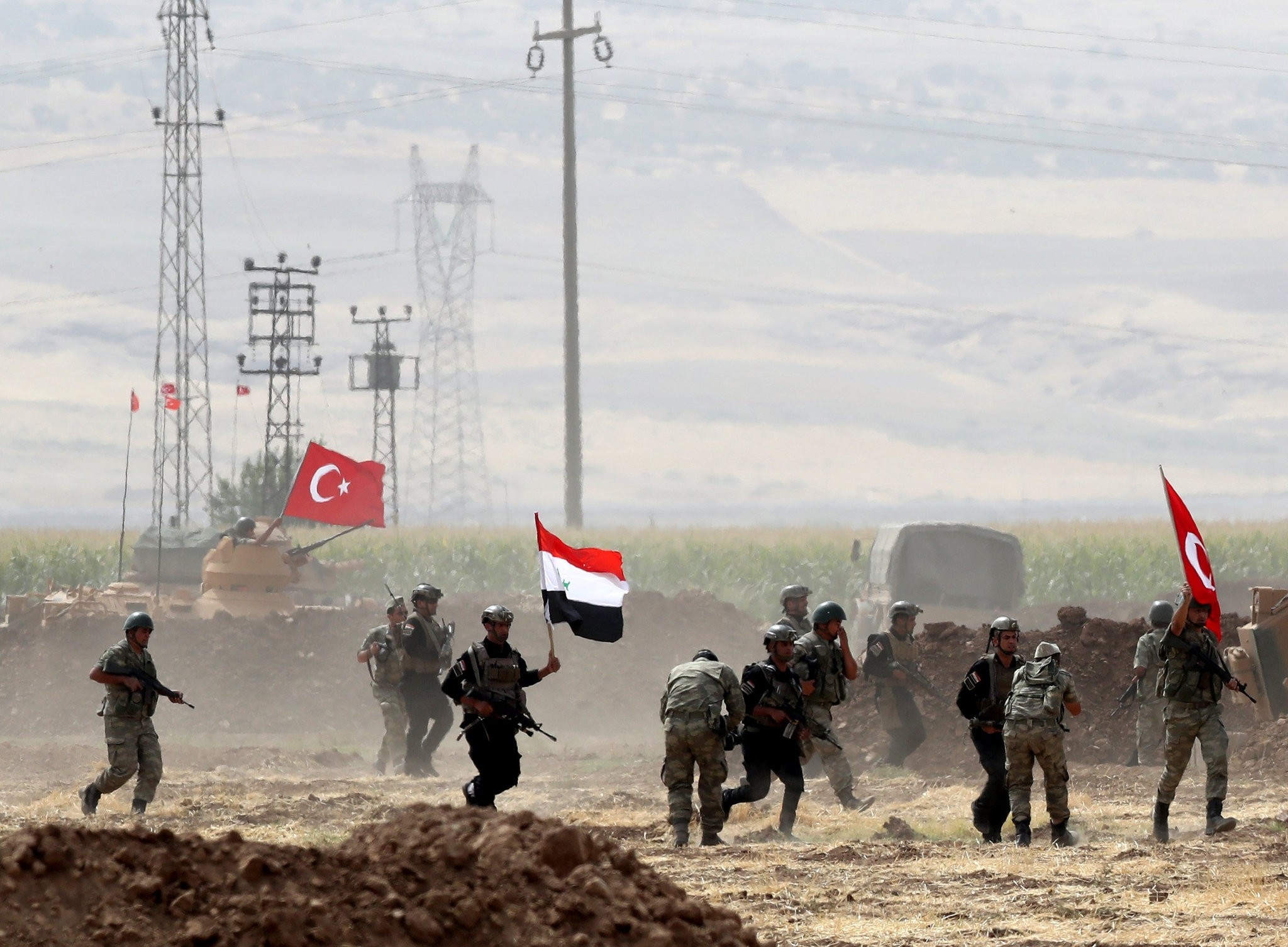 Turkish and Iraqi soldiers wave their countries' national flags during a military exercise near the Turkish-Iraqi border in the Silopi district, u015eu0131rnak, Turkey, Sept. 26.
by Hilal Kaplan Oct 20, 2017 12:00 am

Turkey's future policies with all its neighbors, including Iraq, will be determined according to their positions on the outlawed PKK

Kurdistan Regional Government (KRG) leader Masoud Barzani turned his back on Turkey, which has been the leading supporter of the region's autonomy from Baghdad, and attempted to declare independence with the support of Israel and Russia. However, those brushing off Turkey's warnings as "anti-Kurdish" have been stabbed by Jalal Talabani's Patriotic Union of Kurdistan (PUK).

The North Gas Company, which peshmerga forces answerable to Talabani raided following Barzani's latest Turkey visit, is now fully controlled by Iraq. On Wednesday, an official from the Iraqi Ministry of Oil said: "Kurdish leaders we consider our brothers have agreed to hand over control of North Oil and North Gas company facilities that belong to the state," alluding to Talabani.

The PUK, which sided with Barzani by the time the Iraqi army kicked off military intervention, proved once again its strong bonds with Iran. Talabani's peshmerga forces left their emplacements without firing a single bullet. Images showing Barzani's peshmergas crying and revolting appeared in social media. After seizing Tuz Khurmatu, Iraqi forces seized control of two oil fields, a military base and an airport in Kirkuk in just 12 hours without confronting any considerable resistance, while Iraqi police entered the governor's office without incident. This marked a historic defeat for Barzani.

As expected, the U.S. gave the Iraqi army the green light by urging to protect Iraq's territorial integrity and resolving the conflict over the disputed territories with facilities, while Israel did not offer any kind of support although it ardently supported the KRG's independence vote.

With a smart maneuver, Iraq launched an operation by declaring that they considered Barzani's allowing the outlawed PKK forces in Kirkuk to be a cause of war. Turkey also supported this move although the country did not forget that Iraq paid the salary and provided logistic support to PKK forces organized in Sinjar under the name of Sinjar Resistance Units (YBŞ). Also, the PKK presence in Qandil is contingent on Iraq's tolerance from now on. Turkey's relations with Iraq and Iran will determine how these quandaries of Turkish foreign policy will be resolved.

Almost all neighbors and allies of Turkey have close contact with the PKK. So, it is safe to say that ensuing steps will compulsorily be taken with regard to this.