The West's fascination with Turkey's enemies 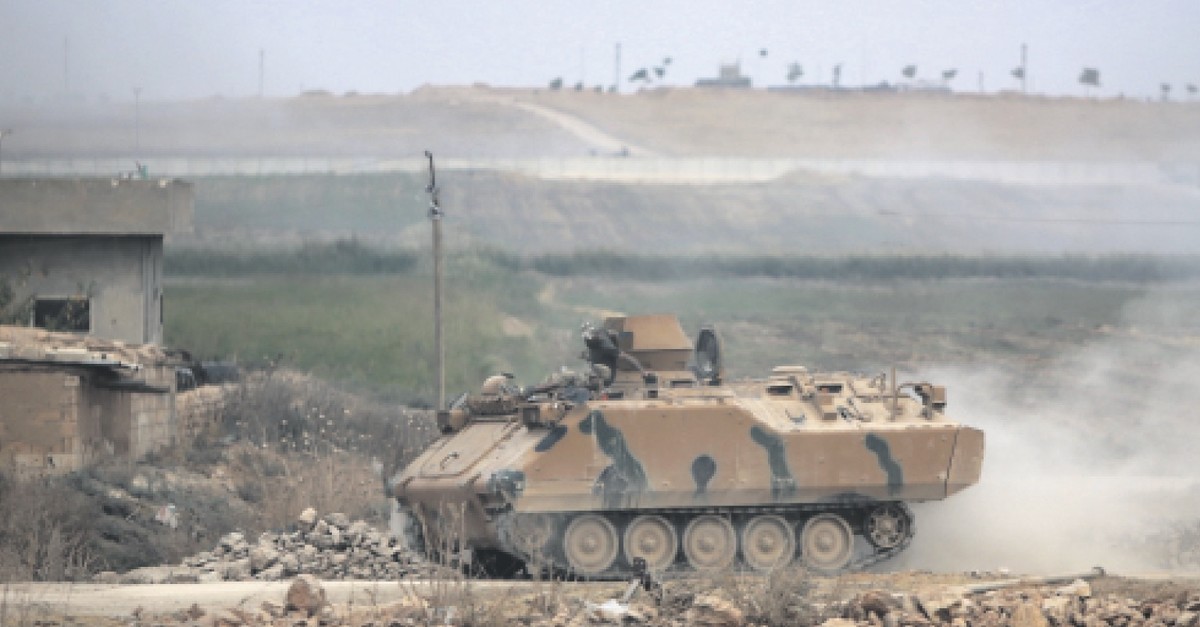 A Turkish military vehicle on the road between the Syrian towns of Tal Abyad and Ayn al-Arab on the Turkish border during the cross-border operation against the Peopleu2019s Protection Units (YPG) terrorist group, Oct. 16, 2019.
by Hilal Kaplan Oct 18, 2019 2:01 am

Regardless of the West's attempt to hamper its success, Turkey is determined to clear the region of PKK-linked terrorists

The global order established after World War II had three pillars. The first is the United Nations, headquartered in New York, founded in 1945; the second is the North Atlantic Treaty Organization (NATO), founded in 1949 under the leadership of the U.S.; and the third is the formation founded in 1951 as the European Coal and Steel Community (ECSC) and later evolved into the European Union under the Maastricht Treaty. Turkey is one of the 50 signatory countries that signed the U.N.'s founding treaty. It joined the Korean War and, after a while, became a member of NATO in 1952. The issue of the European Union is too detailed to fit here, but it is a process the consequence of which we know for Turkey. Although we see that these three institutions have become increasingly meaningless since the end of the unipolar world order, the Republic of Turkey has been in the orbit of the Western alliance since its foundation.

For instance, let us take a look at the missions in which the Turkish army is currently active under the NATO-U.N.-EU umbrella: in Afghanistan with the International Security Assistance Force (ISAF), in Kosovo with the Kosovo Force (KFOR), in Iraq with the NATO Mission Iraq (NMI), in Bosnia-Herzegovina with the European Force Althea (EUFOR), in Lebanon with the United Nations Interim Force in Lebanon (UNIFIL), in Somalia with the United Nations Assistance Mission in Somalia (UNSOM), and in Mali and the Central African Republic with U.N.-EU Peacekeeping.

Turkey is a country that maintains not only its military cooperation in such areas and others but also its political rapprochement with the European Union, despite all the frustration it has experienced. Moreover, it is also a country that keeps up the union on its own by welcoming 5 million refugees, although it seems that 1 million refugees will be enough for its collapse.

However, the fact that we have lost 40,000 people to PKK terrorism over the past four decades has not prevented the U.S. or EU member NATO countries from supporting the PKK's Syrian branch, the People's Protection Units (YPG). On the contrary, when we wanted to clear our border from terrorism in accordance with U.N. Charter 51, we faced economic sanctions from the U.S. and condemnation and a ban on arms sales from EU countries.

In addition, the U.S. Army has found it more appropriate to hand over the region to Russia rather than Turkey, which has been negotiating with them for years for control of Manbij.

Thanks to the operation, Turkey has already put the terror corridor project into cold storage. It has cleared most of its border from the YPG, severing the link between them and the U.S. In doing so, however, it has faced nothing more than condemnation, slander and threats from its so-called allies, for whom it has made many sacrifices.

Turkey is fighting a vital security threat and is determined not to let it survive another 40 years. Whether it will lean on the Western alliance while staging this struggle will be determined by the attitude of the "allies" from now on.