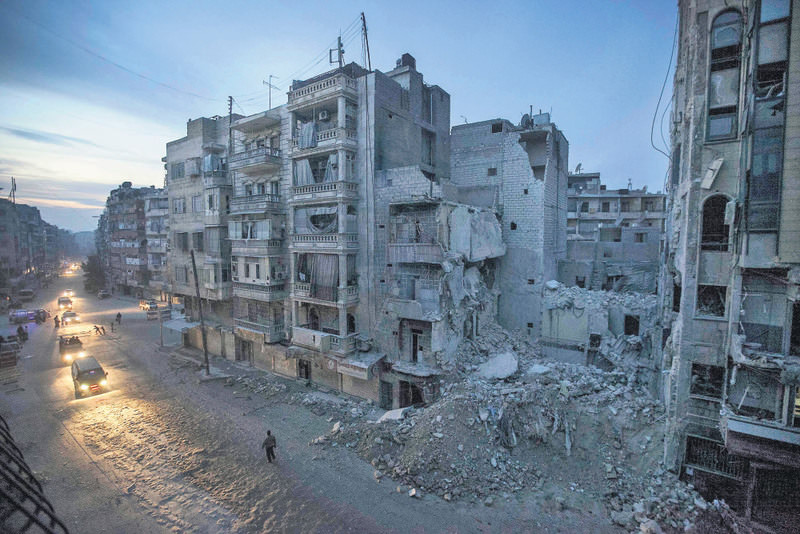 It is not clear how negotiating with the Assad regime will resolve the gross human rights violations, possible war crimes, use of chemical weapons and the millions of internally displaced people and refugees

Two top U.S. officials have now openly hinted at negotiating with the Assad regime to end the Syrian conflict and eliminate the ISIS threat. The American proposal to negotiate with Bashar Assad, after he has been declared to have lost all legitimacy and accused of war crimes, will have consequences for the future of the Syrian war and the region. It will also have serious repercussions for regional balance of power in the Middle East. But it remains highly questionable that negotiating with Assad will end the war in Syria and bring an end to the ISIS terror.

First, John Brennan, the director of the CIA, said that "none of us, Russia, the United States, coalition, and regional states, wants to see a collapse of the government and political institutions in Damascus." This was followed by the U.S. Secretary of State John Kerry's comment that the U.S. will have to negotiate with Assad. It is not clear at this point how this argument will evolve or whether it will be revised and reinterpreted in the coming days. But at its face value, it expresses a desire on the part of the U.S. administration to work with the Assad regime to contain the ISIS threat. But there are serious lacunas in this argument.

First of all, Brennan's statement that the Assad regime should not be allowed to fall is contradictory in that the Assad regime has already lost the form and function of an effective and responsible government. It has lost control over half of Syrian territories. The north and east of the country is divided among the Free Syrian Army, Kurds and ISIS. There is no security structure to establish order and protect civilians. Whatever is left of the Syrian army is engaged in killing tens of people every day. As things stand today, there is no Syrian regime without the support of Russia, Iran, Hizbullah, Shabbihah and other militia groups.

Secondly, Kerry's remark that the U.S. will have to eventually negotiate a political solution with the Assad regime sounds like a dejavu because this has already been tried before in both Geneva I and Geneva II talks in 2012 and 2014. The Syrian Foreign Minister as well as other officials representing the Syrian regime were present in these meetings. As Kerry himself admitted at that time, the Syrian regime was not interested in a peaceful resolution of the issue. What the regime understands by "political settlement" is to continue to rule the country as it has over the last four decades. It is not clear how negotiating with the Assad regime will resolve the gross human rights violations, possible war crimes, use of chemical weapons and the millions of internally displaced people and refugees. The Syrian National Council and other opposition groups have rejected similar proposals in the past. What has changed now?

Plus, there is another element of contradiction here: the proposal to negotiate with the Assad regime comes only weeks after a new train-and-equip program has been launched to empower the Syrian opposition forces. What kind of a message does talking to Assad send to the groups this program is supposed to help?

Keeping the Assad regime and negotiating with it after four years of a brutal war would be tantamount to rewarding a bloody murderer and the aggressive and expansionist policies of his supporters. It would be a victory to small and big proxies and militia groups engaged in a bloody and sectarian war in Syria with serious spillover in Iraq and Yemen.

If the thinking behind keeping the Assad regime is to contain the threat of ISIS terrorism, then this is putting the horse before the cart. It was the Assad regime that created the conditions in which ISIS flourished in Syria and then moved to Iraq. It is the Assad regime that has provided indirect support to ISIS to weaken and divide the Syrian opposition - the political and military body that over one hundred nations including the U.S. had recognized as "the legitimate representatives of the Syrian people." It is the collective failure of the international community to support the Syrian opposition that has contributed to the carnage that we see in Syria today.

Now, the Assad regime and ISIS appear to be working together. At a press conference in Delhi, India last month, the French Foreign Minister Laurent Fabius said that "we have proofs that when ISIL has taken over oil, it has sold oil to the [Bashar Assad] regime." He added that "officially they are combating each other but in fact they are very often helping each other." To further substantiate this point, the EU Commission released another sanctions list on March 6 where several businessmen have been identified as "middlemen" for buying oil from ISIS and selling it to the Assad regime. This brings millions of dollars to ISIS every month. ISIS makes full use of the war in Syria and takes advantage of the weak government structure in Iraq. In turn, the Assad regime allows ISIS to operate in the Syrian territories to win the propaganda war against violent extremism. It is no wonder that neither the Assad regime nor ISIS has engaged in any serious military confrontation with each other.

It is no secret that the U.S. administration does not want any upsets while seeking to conclude the nuclear deal with Iran. But the price for this should not be rewarding such a murderer as Assad. Doing so would create an extremely dangerous regional environment in which there will be no hope for peace and security.

Presidential spokesperson for the Republic of Turkey
Last Update: Mar 17, 2015 7:56 am
RELATED TOPICS