The Obama Doctrine, the nuclear deal and the Gulf anxieties 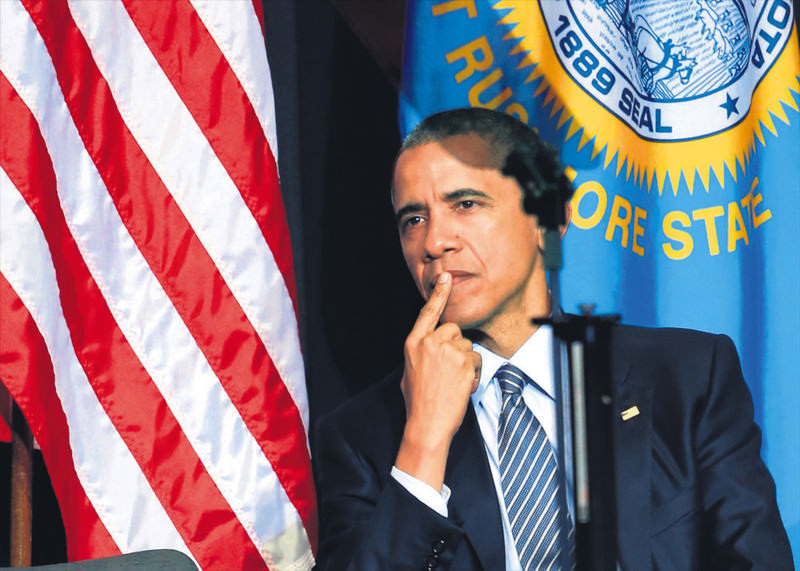 Certainly, President Obama deserves credit for his efforts to get the nuclear deal with Iran. But it will be a challenge to assure Gulf monarchies and Saudi Arabia that this deal would not give Iran an excuse to further pursue sectarian policies in the Middle East

On May 13, U.S. President Barack Obama will meet with leaders of the Gulf Cooperation Council (GCC) countries in an attempt to address their concerns over the nuclear deal with Iran. While the nuclear agreement between P5+1 and Iran is an important diplomatic achievement and should be supported, concerns over Iran's regional ambitions, long voiced by the Gulf countries, are likely to make the Camp David summit a hard enterprise for the U.S. administration. This was already made clear by the decision of King Salman of Saudi Arabia who, at the time of writing this, decided to send Muhammad bin Nayef, the crown prince and minister of interior, and Muhammad bin Salman, the minister of defense and his son, to the summit in his place. The United Arab Emirates and Oman will also send their number twos for reasons of health. There is no doubt that the two Saudi princes will be fully authorized to represent the Kingdom and its views over the nuclear deal as well as other regional issues including Syria and Yemen. But the reluctance to talk about the positive aspects of the nuclear agreement is not a secret.

The Gulf anxieties have to do not so much with the virtues or vices of a nuclear deal but with what is perceived as American inaction, deliberate or not, over Iran's growingly aggressive posturing in the Middle East. Many see the Obama administration's indulgingly soft position over Iran's regional policies as a strategic miscalculation and even political naivety. It is clear that the Obama administration did not want to have any diplomatic upsets during the nuclear negotiations with Iran. Thus it kept rather a low profile over Iran's irritant moves in Iraq, Syria, Yemen and Lebanon. The Arab media is filled with angry commentary on this with a reference to now a famous statement attributed to Qasem Sulaymani, the commander of Iran's al-Quds Forces, that "Iran now controls four Arab capitals: Damascus, Baghdad, Beirut and Sana." This triumphalist language is visible in statements made by Iranian officials and political commentators.

In this climate, the Camp David summit will be a tough gathering to allay concerns over the nuclear deal. Under normal circumstance, the deal, which will prevent Iran from developing nuclear weapons, should be welcomed by all sides including the Gulf countries, Israel and the Congress. In a lengthy interview to The New York Times on April 5, President Obama gave a convincing defense of the nuclear deal. In response to the charge that the deal is too naive and open to Iranian manipulation, he said that "we will engage, but we preserve all our capabilities." This is the essence of what is called the "Obama doctrine" on the nuclear issue: while seeking to conclude a diplomatic deal that will avoid military confrontation with Iran, the U.S. maintains its hard power options if Iran tries to undermine it. Ricking the deal reached after years of tough diplomacy, will not be in Iran's interest. Putting aside the nationalist rhetoric, Iranian officials have largely agreed to its main parameters even though we will have to wait until June 30 to see the final details.

In the above interview, President Obama was speaking primarily to Israel and the Congress. He sees Netanyahu's dismissive attitude as unfounded and not credible. He also openly stated his dismay over the letter sent by U.S. members of Congress to Iran's Supreme Leader Khamenei, noting that "the executive branch, when it goes overseas, when it's communicating with foreign leaders, is understood to be speaking on behalf of the United States of America, not a divided United States of America, making sure that whether that president is a Democrat or a Republican that once the debates have been had here, that he or she is the spokesperson on behalf of U.S. foreign policy..."

President Obama deserves credit for his efforts to get the nuclear deal this far. But it will take more than explaining its virtues to convince GCC countries and Saudi Arabia in particular that the deal will not give Iran excuse to pursue policies that create further tensions in the Middle East.

The success of the Camp David summit will thus largely depend on the U.S. position on what happens in Iraq, Syria and Yemen next. A strong central government in Baghdad free from the excessive influence of Tehran is key to Iraq's territorial integrity and political stability. Removing the Assad regime and stopping the long bloody war in Syria is essential for peace and stability in that country. This requires empowering the legitimate and moderate Syrian opposition as promised by the friends of Syria countries that include the U.S., Europe, Turkey and Arab countries. Brining the Yemen crisis to a political resolution and curbing Iran's influence is the most urgent issue for the Saudis at the moment. Without making progress on these larger regional issues, the Camp David summit could be even a bigger disappointment than the unfair attacks on President Obama by Netanyahu and his allies in the U.S. Congress.

Presidential spokesperson for the Republic of Turkey
Last Update: May 12, 2015 3:01 am
RELATED TOPICS