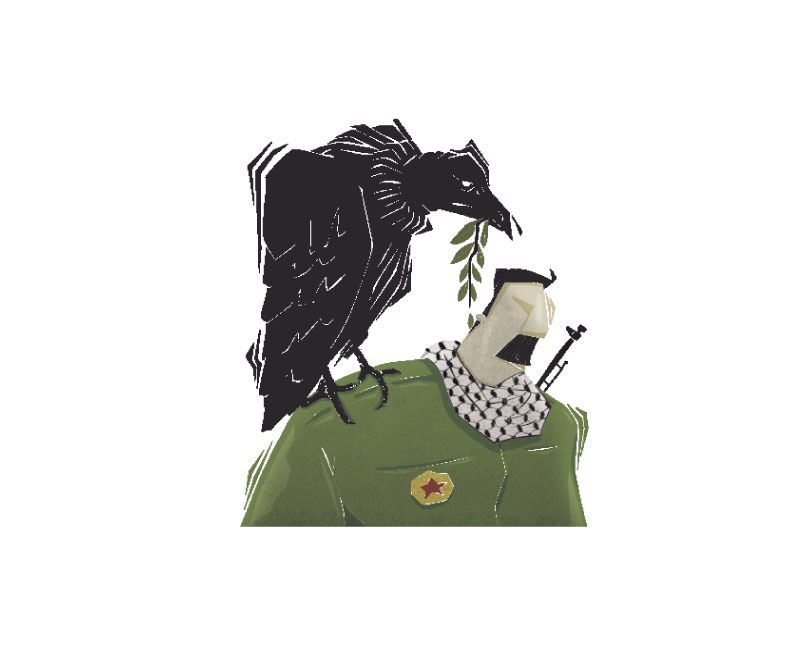 Turkey alone cannot establish regional peace through its counterterrorism efforts against the PKK and ISIS. It also needs the support of the international community

Turkey's dual offensive against the Islamic State of Iraq and al-Sham (ISIS) and PKK targets has caused a heated debate - a debate that reveals the new meanings of double standards about terrorism.

Since Turkey began its offensive against ISIS in Syria and the PKK targets in Iraq and inside Turkey, two main lines of arguments have come to the fore about ISIS on the one hand and the PKK on the other. There is strong support for Turkey's decision to open İncirlik Airbase to coalition forces against ISIS. Before this decision, however, Turkey had already carried out a number of attacks against ISIS targets in Syria and begun arresting suspected ISIS members in Turkey.

Despite some clearly unfounded claims, Turkey has been part of the international coalition against ISIS. It has listed ISIS as a terrorist organization since October of 2013. Political leaders and public officials have made numerous statements condemning ISIS's corrupt ideology and barbaric acts.

Over the last seven months, Turkey has detained more than 500 ISIS-related individuals and arrested about 100 of them. In addition, more than 1,600 foreign citizens have been expelled and 15,000 foreign individuals have been suspended from entering Turkey. Over the last two weeks alone, several hundred individuals have been detained on ISIS-related charges. Therefore the claim that Turkey is not fighting ISIS is simply not true. Yet, it looks like some have chosen Turkey as a scapegoat for the rise and spread of ISIS when in fact its presence in the Levant and beyond is the result of the failure of the security architecture in Iraq and the war in Syria. If Iraq had a different political and security structure and the brutal Assad regime had been removed from power, we would probably not be talking about ISIS today.

Stopping the flow of foreign terrorists into Syria is not Turkey's problem alone; it is the collective responsibility of the international community. While Turkey deals with the consequences of a brutal and bloody war along its 911-kilometer border with Syria and shoulders the enormous burden of 1.7 million Syrian refugees, one cannot help but ask what those countries from which potential terrorists come are doing to stop them before they reach Turkey, Jordan, Lebanon or Iraq. One also needs to ask why a young boy who grew up in Europe would join a terrorist organization like ISIS. One wonders what European countries are doing to stop this insane radicalization. How is Turkey supposed to identify and stop potential terrorists who hold European passports without proper intelligence cooperation by their countries of origin? Blaming Turkey blindly does not solve this problem.

Turkey, Kurds and the PKK

In regards to Turkey's offensive against the PKK, which is listed by the U.S., EU countries and others as a terrorist organization, there is a strange reaction, to put it mildly. Some politicians have claimed that Turkey should not be targeting PKK headquarters and training camps on the grounds that the PKK is fighting ISIS. Some commentators and reports have gone so far as to make the outrageous claim that Turkey is targeting the "Kurds."

These claims are wrong on several fronts. First of all, Turkey is acting in self-defense against the PKK and its affiliates. This point was confirmed in the NATO emergency meeting on July 28. The NATO statement noted, "we strongly condemn the terrorist attacks against Turkey .... Terrorism poses a direct threat to the security of NATO countries and to international stability and prosperity... Terrorism in all its forms and manifestations can never be tolerated or justified."In their phone diplomacy with the leaders of USA, Russia, France, the United Kingdom, Germany, Saudi Arabia, Iraq, Qatar and Jordan, President Recep Tayyip Erdoğan and Prime Minister Ahmet Davutoğlu received the full support of the international community for Turkey's self-defense against the PKK. All leaders confirmed that the PKK is a terrorist organization and the fight against ISIS or the war in Syria cannot be an excuse to whitewash its terrorist activities.

In regards to the claim that Turkey is targeting the Kurds, this is an outright lie. It is part of a smear campaign by the PKK and its media outlets. The disturbing fact is that mainstream media outlets seem to have bought this propaganda in order to question the legitimacy of Turkey's fight against the PKK.

Turkey is not targeting the Kurdish people but dismantling PKK's training camps and arms caches in Iraq and Turkey. Masoud Barzani, the president of the Kurdistan Regional Government (KRG), confirmed this by saying that Turkey is responding to PKK's attacks inside Turkey. He also called on the PKK to stop its attacks and leave northern Iraq.

Putting aside the PKK propaganda, the fact is that over the last 10 years, Turkey opened a new page with its own Kurds, introduced numerous reforms, invested billions of dollars in the Kurdish areas and made the Kurds equal and free citizens of the Republic. In addition, Turkey developed comprehensive political, economic and cultural relations with Iraqi Kurds. Furthermore, it was President Erdoğan who first raised the problems of the Syrian Kurds with Bashar Assad long before anyone in the West even talked about them.

The PKK propagandists who present the PKK as a peace dove turn a blind eye to these simple facts. The reality is that PKK is not the Kurdish people and the Kurds are not the PKK. The peace process which President Erdoğan has pursued since 2005 does not aim to whitewash or legitimize the PKK but bring an end to armed violence. The most critical stage in the "solution" process is the disarmament of the PKK.

But the Kurdish Communities Union (KCK) and PKK keep coming up with excuses not to do so; instead, it foolishly blames the Turkish government when in fact it has carried out more than 300 terrorist attacks since June 7 elections alone. Since March 2013 when the PKK's prisoned leader Abdullah Öcalan made his first call for the PKK to begin disarming, the KCK has made numerous statements rejecting the disarmament process and instead called for more street violence and attacks. One of the worst incidents of this sort was the Oct. 6-8, 2014 events when close to 50 civilians were killed in street clashes called by HDP Co-Chair Demirtaş.

It is clear by now that the Peoples' Democratic Party (HDP), which sees itself as closely allied with the PKK, cannot pursue a policy independent of the PKK; hence it cannot condemn PKK attacks and call on the PKK to disarm. This will only lead to the demise of the HDP's legitimacy.

At this juncture, the future of the solution process depends on the PKK's disarmament. No democracy will accept peace negotiations when terrorist attacks continue.

Turkey's dual offensive against ISIS and the PKK is right and justified. Those who oppose all forms of terrorism genuinely without holding a double standard should support Turkey. This is in the interest of Turkey, its neighbors and allies as well as those who want peace, stability and prosperity for all in the region.