Save the Syrian people, not a criminal tyrant 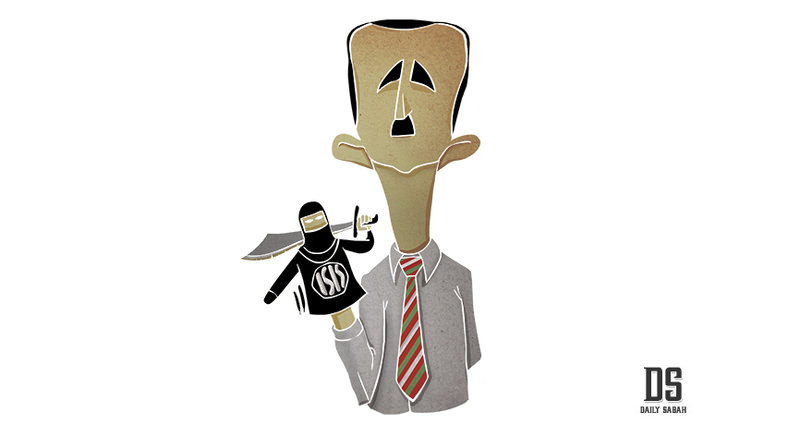 Both the Assad regime and ISIS's attacks in the region weaken the hopes for a democratic future in Syria. While both sides claim to be fighting one another, they are in fact benefiting from the barbarism of the other

Russia's recent military buildup in Syria and its support for the Assad regime, all in the name of destroying ISIS, triggered a new wave of political posturing and diplomatic traffic. Given the connection between Mr. Assad's bloody war and Islamic State of Iraq and al-Sham (ISIS) terrorism, however, new attempts to save the Assad regime are bound to deepen rather than resolve the Syrian crisis.

Every barrel bomb Mr. Assad drops on Syrian civilians is creating new recruits for ISIS. Every chemical weapon used is giving new ammunition to violent extremist groups in Syria and beyond. Every violation of international law and war crimes committed by the criminal Assad regime over the last three years has made ISIS and similar groups stronger, not weaker.

One cannot help but ask why the Assad regime that has both intelligence and firepower thanks to the support of Russia, Iran and Hezbollah, kills countless Syrians, bombs cities and forces millions of people to flee their homes is yet to engage in any serious military fight against ISIS. Why, for instance, does Assad's army not target Raqqa, ISIS's headquarters in Syria, when it bombs people in Damascus and Aleppo? The same question applies to ISIS: how is that ISIS has killed so many people, but has yet to carry out any major attack on the Assad regime?

The Assad regime and ISIS feed off each other and benefit from the barbarism of the other. As a matter of fact, they are working together to weaken and destroy the moderate Syrian opposition and the hopes for a democratic and pluralistic Syria.

The French Foreign Minister Laurent Fabius had already noted last February that "we have proof that when ISIS has acquired oil, it has sold oil to the [Bashar Assad] regime." He added that "officially they are combating each other but in fact they are very often helping each other." The EU Commission released a sanctions list on Mach 6, 2015 identifying several businessmen as "middlemen" for buying oil from ISIS and selling it to the Assad regime.

This has been Mr. Assad's calculation from the outset: find a way to lure violent extremists into the Syrian war and tell the world that he is fighting for a secular Syria against radical lunatics. Unfortunately, he appears to have won some customers in the West.

Those who claim that the Assad regime should stay to reduce the threat of ISIS are putting the cart before the horse. It was the Assad regime that created the conditions in which ISIS flourished and spread. Contrary to what Mr. Putin says, it will be a colossal mistake to fail the Syrian people again in order to save what President Obama called a tyrant.

As it was widely reported yesterday, the russian airplanes attacked syrian opposition targets and killed civilians in Syria. Contrary to Russian and Syrian regime claims, there were no ISIL targets in the six areas bombed by Russia. This dangerous development is likely to create new tensions in an already dramatic war. This once again shows the uses of ISIS in this bloody war: Use ISIS as a shield to hurt the moderate Syrian opposition and help the Syrian tyrant to stay in power.

The Iranian and Russian motives for supporting the Assad regime are clear. Iran sees Mr. Assad a key ally and wants to protect him at all costs. This is part of Iran's regional policy of supporting pro-Tehran governments and militia groups through proxy wars. The focus on ISIS allows Iran to divert attention from its support for one of the most oppressive regimes in the Middle East.

For Moscow, the naval base in Lataika is important but only a part of the story. Thanks to the inaction of the Western alliance, Russia is now building up a considerable military presence in Syria. The primary goal of the Russian-Iranian alliance is not so much to defeat ISIS as to ensure a political outcome that will be favorable to them. There is no compelling reason why it should not be possible to destroy ISIS while getting rid of the Assad regime at the same time.

Furthermore, Russia's open support for the Assad regime serves as a convenient distraction from its maneuvers in Ukraine and Crimea. It is no coincidence that Mr. Putin, who attended the U.N. General Assembly after a 10-year absence, now has the world talking about his Syria move rather than the illegal annexation of Crimea and the ongoing war in eastern Ukraine.

There is no doubt that Russia and Iran should be part of any broader regional effort to resolve the Syrian crisis. But this does not mean accepting their support for a criminal regime as a given.

The refugee influx and the dramatic picture of Aylan Kurdi drew the West's attention to the Syrian crisis, even if only momentarily. Ending the war in Syria is crucial for resolving the refuge crisis. But there is no solution without addressing the root cause of the problem. As the French President Hollande noted during his U.N. speech, "Assad is at the root of the problem and cannot be part of the solution."

The solution lies in empowering the moderate Syrian opposition so that they can lead the political process, protect the Syrian people and establish a new Syria based on the rule of law, democracy, pluralism and transparency. Creating safe zones would be a first step in the right direction to give the Syrian people a breathing space against the onslaught of the Assad regime on the one hand and ISIL on the other.
Last Update: Oct 01, 2015 2:19 pm