Recovering the middle path in a world of extremes 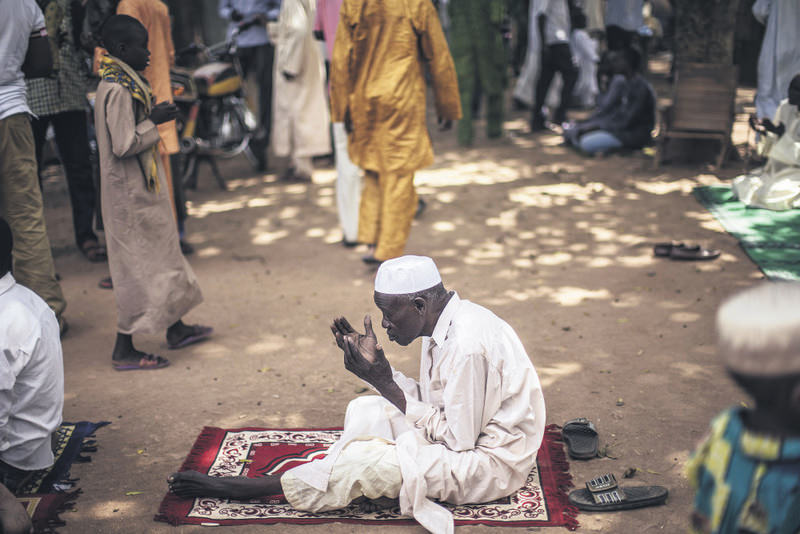 Islam, with all its Quran-based doctrines filled with examples of peace, mercy and tolerance, now resists the violent extremism displayed by terrorists around the world

The recent terrorist attacks in Ankara​, Beirut, Paris and​ most recently in​San Bernardino, California once again brought violent extremism to the top of the global agenda. Whether driven by religious zeal, ethnic nationalism or ideological motives, violent extremism is a global phenomenon and requires an integrated approach to contain it.

Such an approach requires work mainly at two levels: the level of ideas and the level of facts. Violent extremism as an idea is a driving force for various terrorist groups from DAESH and the PKK to the ETA and the anti-Muslim Buddhist nationalists in Myanmar.

Fighting against them requires a battle of ideas where attempts to justify terrorist methods are rejected based on authentic and authoritative sources. In the case of DAESH, Muslim scholars and religious leaders have debunked its extremist ideology and shown the fallacy of their logic. A good example of this effort is the letter to Abu Bakr al-Baghdadi, the leader of DAESH, by a large number of prominent Muslim scholars and academics.

Rejecting DAESH's methodological base, however, is not enough. One needs to show how they distort and hijack the core message of Islam. Indeed, DAESH's ideology and practice is diametrically opposed to the beliefs and ways of life of more than 1.7 billion Muslims around the world. But a small group of extremists are still able to misuse religion to justify their savagery. Obviously, this is not a problem exclusive to Islam. Judaism, Christianity, Buddhism and other religions have been subject to similar violations in history as well as at the present. From Baruch Goldstein to And​ers​Breivik, many have carried out terrorist acts in the name of their religion.

How to protect religion from its extremist distorters is a critical question from all religious traditions.

As I have argued in my paper Islam and Peace, the Islamic intellectual and legal tradition has the resources to stem violent extremism. Putting aside imperial and state politics where wars were part of the political rule, Islamic social and cultural history is filled with examples of how a culture of peace and tolerance can be nourished and sustained from Baghdad, Samarkand and Isfahan to Istanbul, Sarajevo and Cordoba. Muslim scholars with authority and a following have to find ways to prevent young people from falling into the hands of violent extremists whether in European capitals or Muslim cities. The trouble is that this message is usually lost in the extremities of the current world order.

This brings me to the battle of facts on the ground. The violent wars and occupations of modern history have caused some of the greatest human tragedies in human memory. The legacy of colonialism, the two World Wars, the use of atomic bomb, the spread of weapons of mass destruction, the ethnic cleansing of Bosnian Muslims in the 1990s, genocidal killings in Africa, to name just a few, are among the global calamities that have led to the death of millions of people with lives destroyed and hopes smashed. Their long-term effects have created extremities and excessiveness that invoke Nietzsche's "ubermensch," Eliot's "wasteland" and Orwell's "1984." Their common trait is the sense of being in a state of perpetual war.

This is the same sense that Syrians feel today in the face of the brutal and criminal war of the Assad regime. What is worse, the DAESH terrorists and others are now using the Syrian war to spread their extremist ideology and recruit new members. The war in Syria has become a useful tool now for any group and state that wants to impose its policy on the Levant region. It is a décor to a global power play that is not only brutal and irresponsible but also costly and dangerous for everyone's security from the Middle East to Europe and the U.S. As long as the Assad regime remains in power and its supporters continue to pulverize Syria to their advantage, DAESH and similar groups will find chaos and destruction as suitable tools to spread their violent extremism.

It is a serious challenge to us all to find the middle path of reason and morality in the face of the extreme conditions of war, destruction, occupation, summary executions and terrorist acts. But it is also a duty of the highest order to understand its urgency and develop ways to overcome it. As the ancient Taoist wisdom says, it is the perennial challenge of defeating the monster without becoming one. Jewish, Christian, Muslim or secular, all of us need to mobilize the best of our intellectual, moral and political resources to defeat this monster of violent extremism before it engulfs the entire world in its flames.

Presidential spokesperson for the Republic of Turkey
Last Update: Dec 05, 2015 1:57 am
RELATED TOPICS