Global order and power equilibrium in 2016 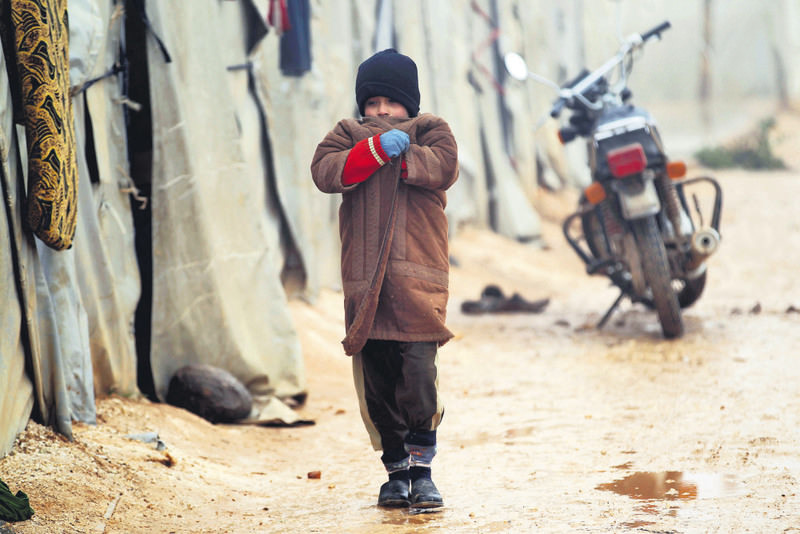 A Syrian boy walking outside tents in cold weather in Jerjnaz camp in Idlib province, Syria (Reuters Photo)
by İbrahim Kalın Jan 09, 2016 12:00 am

The new year did not come with any good news for the world. The global disorder and regional chaos of 2015 appears to have continued into 2016. Unless a certain degree of power equilibrium is achieved at the global and regional levels, we will see a deepening of current conflicts and possibly the emergence of new ones. Global and regional powers have a major responsibility to shape the course of events in the months to come. And it starts with the Syrian crisis.

The war in Syria continues unabated with devastating consequences for regional peace and stability in the Middle East and beyond. The refugee crisis that has reached the shores of Europe remains a daunting task for Turkey and Europe. Since the drowning of Aylan Kurdi on Sept.2, 2015 made the headlines around the world, hundreds of Syrian refugees have lost their lives trying to cross the Aegean Sea to Europe. The media hype has died down but the refugees continue to drown in the cold waters of the Aegean and the Mediterranean.

Sectarian tensions show no sign of abating. The Russian-Iranian-Syrian axis with the support of Iran-backed militia groups in Iraq and Lebanon is jeopardizing everything to keep the criminal Bashar Assad regime alive. This is having catastrophic consequences for Syria and the Levant. The U.N. resolution 2254 has a chance to initiate a political transition in Syria within the framework of Geneva I and II and Vienna talks. The Russian-Iranian military action in Syria, however, is likely to derail this much-needed process.

The international community ought to take a firm stance to prevent Russia and Iran from destroying the last hope of peace in Syria. It also must not be fooled by empty discourses of fighting DAESH when in fact neither Russian nor Iranian military operations inside Syria target DAESH but rather focus on the Syrian opposition and civilians.

The Syrian conflict, among others, is emblematic of the fractured nature of the current global order. It is an order or rather disorder that suffers from the absence of the clearly defined notions of power, justice and legitimacy. How much power, how fair and how legitimate are the key questions that define the uses and abuses of power in the political, economic and military senses of the term. The current power struggle has lost all sense of legitimacy, principle or even calculated pragmatism.

As I have discussed before, "the Westphalian system of international order, established in 1648 after the bloody 30 years wars among European nations, was based on two simple yet important principles: that the sovereign nations of Europe would refrain from interfering in each other's' internal affairs and that a generally accepted equilibrium of power would keep the excessive ambitions of states in check."

In theory, these two principles should form the backbone of any fair and stable global order. But the reality is different. Since the 17th century, the European nations and Russia have fought many bloody wars including the two world wars. The Ottoman Empire was dragged into World War I as part of the European imperialist design where neither the principle of non-interference nor limiting the ambitions of major powers was observed by any stretch of the imagination.

The heart of the matter is the question of power disequilibrium, i.e., the sense that some nations have too much power and abuse it and others have too little and make up for it with proxy wars. This is where some nation-states see themselves as powerful enough to go beyond their natural borders of influence and some others feel threatened by the presence of others and act to preempt them from encroaching upon their security hinterland.

But there are also other factors at play. The recent Russian attitude in Ukraine and Syria is underlined by a sense of "can-do-without-impunity" posturing on the one hand, and a sense of insecurity on the other. Emboldened by the success of nuclear talks and the rise of submissive actors in Syria, Iraq and Lebanon, Iran displays a similar aggressiveness whereby it seeks to position itself as the patron of Shiite communities across the Muslim world. Needless to say, it leads to reactions from other major players such as Saudi Arabia that sees Iranian meddling as subversive and destabilizing.

The Russian-Iranian-Syrian axis is manipulating the power vacuum created by the Obama administration's "engage but do not confront" policy. It emerged out of the Syrian war in the last year or so but is now having very serious consequences across the Middle East. Containing this crisis will go a long way in establishing a degree of power equilibrium and balance in the region.

The global order needs a fair and legitimate distribution of power whereby the nation-states with varying degrees of power feel neither emboldened enough to be reckless nor so insecure as to put the house on fire. Neither will serve anyone's interest.