Wisdom and Determination against Violence 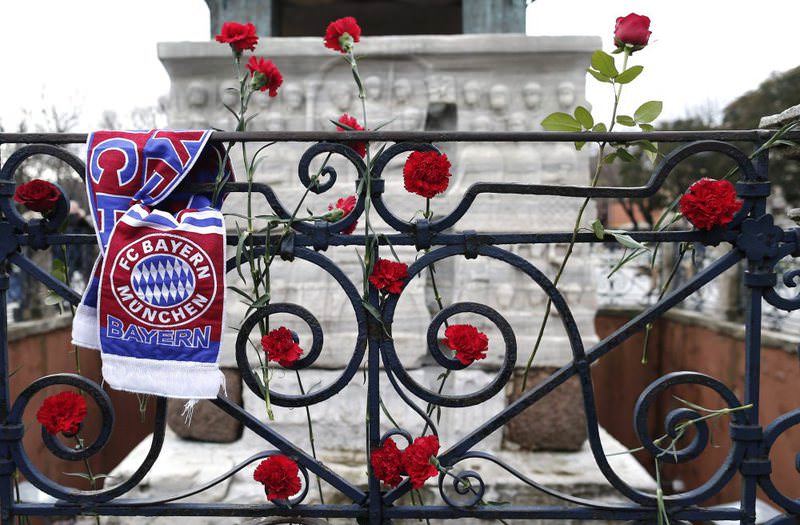 Carnations are left in tribute to the victims at the site of Tuesday's attack by DAESH in Sultanahmet Square in Istanbul.
by İbrahim Kalın
Jan 14, 2016 12:00 am

The mindset of the DAESH terrorist who carried out the suicide attack near the 400-year-old Sultanahmet Mosque, one of the religious-cultural symbols of Istanbul, is in the starkest contrast to what Islam preaches

I was giving a public lecture on Hoca Ahmet Yesevi (d. 1166/7) and his ideas on wisdom, love and tolerance when on the morning of Jan. 12 a suicide bomber carried out a terrorist attack near the Sultan Ahmet Mosque in Istanbul. By the time I finished my talk, the security officials had already sealed Istanbul's religious, cultural and touristic heartland. Ten foreign tourists lost their lives and 15 people were injured.

According to the initial intelligence we have, the suicide bomber was a DAESH terrorist. We do not yet have any information about the motives of the attack. But as it is the case with most terrorist attacks, this one, too, was carried out to create terror, chaos and panic. DAESH is targeting Turkey because Turkey is conducting an effective fight against it, both inside Turkey and in Iraq and Syria.

The terrorists think that such attacks will make us weak, scared and eventually submit to their reign of terror. They are wrong. And it is our collective duty to prove them wrong.

It is both tragic and ironic that the DAESH terrorist attacked foreign tourists near the Sultan Ahmet Mosque, one of the religious-cultural symbols of Istanbul, built between 1609 and1616. This is an area of the city that combines religious architecture, cultural vitality and an amalgamation of people from all over the world. This is precisely what the DAESH terrorists cannot tolerate: religious faith, cultural diversity and an openness to the world, all combined in one place. In their cowardly and barbaric attack, they attacked these values that Turkey has come to symbolize.

I chose to speak about Ahmet Yesevi on that day to join in with the UNESCO 2016 Hoca Ahmet Yesevi Year on the 850th anniversary of his death. There will be a series of events throughout this year to celebrate Yesevi's life and thoughts and bring his message of faith, love and wisdom to the new generations in the 21st century. Yesevi certainly deserves such a tribute especially in the face of nihilistic violent extremism, whether committed by DAESH in Istanbul or by the PKK in Cizre and Silopi.

Yesevi is considered to be the spiritual father of the Turkish people from Central Asia to Anatolia and the Balkans. He is the first mystic poet of the Turkish language. He initiated the Yesevi tradition that has influenced generations of scholars, spiritual guides and poets including Yunus Emre, Haci Bektas-i Veli, Baba İlyas, Somuncu Baba, İbrahim-i Gülşeni and Niyazi Mısri. His spiritual ideas have had a major impact on both the Sunni-Naqshi and the Alevi-Bektashi traditions. His book of poetry called Divan-i Hikmet contains some of the most beautiful examples of spiritual wayfaring and ethical refinement.

Written in a simple yet profound language, his poetry has provided guidance to generations of people from all walks of life. Like Yunus Emre and Mawlana Jalal al-Din Rumi, his teachings combine faith, love, wisdom, friendship and a yearning for divine beauty. His faith does not prevent him from loving those who do not share his beliefs. He talks about the "judgment" (hukm) in religion but explains the "wisdom" (hikmah) behind it. Without understanding the wisdom of faith, one cannot be a true believer. And wisdom requires the proper use of intelligence and will. Yesevi agrees with Aristotle who says that "all men by nature desire to know" (Metaphysics, 980a) but adds that wisdom teaches us the most essential things we are supposed to know. It is only with reason and freedom that we can attain true faith, love and compassion.

Understanding the wisdom of something is to understand its meaning and purpose. But, as I discussed before, "Muslims have largely lost this sense of wisdom. Faith has been reduced to formalities, rituals and formula without much spiritual grace (barakah).In the name of defending religion, some pass harsh judgments on people without understanding their spiritual needs, and without displaying much wisdom. They present a cold, ritualistic and one-dimensional interpretation of Islam as a true religion. They even justify cruelty in the name of uprightness, arrogance in the name of faith and heartlessness in the name of law. Some go so far as to justify militancy and terrorism. in the name of defending the faith. All of this goes against the wisdom of faith and the compassion of the Prophet of Islam."

Today, there is too much judgment and too little wisdom in our lives. The mindset of the DAESH terrorist who carried out the suicide attack near the 400 year-old Sultan Ahmet Mosque, bustling with locals, visitors and tourists is in the starkest contrast to what Yesevi and his spiritual followers have preached for centuries. The same applies to the PKK terrorists who terrorize Kurdish people ever day by occupying their homes and using them to attack security forces in Sur, Cizre and Silopi in the southeast of Turkey.

While we need to address the root causes of terrorism, we also have to go after the terrorists and destroy their bases. More importantly, we have to end the war in Syria to prevent DAESH from using the country as a safe haven and a recruiting ground. The same applies to the PKK, which, while waging a war in Turkey, uses the war in Syria through its proxies the Democratic Union Party (PYD) and the People's Protection Units (YPG) to continue its self-destructive and immoral war of terror in the Turkish territories.

At the same time, we need to change the mindset that gives rise to the ideologies of violent extremism. The best answer to this menace is to revive the tradition of such spiritual luminaries as Hoca Ahmet Yesevi and show to the young generations that belief and reason, faith and love, justice and mercy, commitment and compassion, dedication and tolerance can go hand in hand. It is not impossible to recover the middle path of reason and virtue in a world of extremes. But it requires intelligence, virtue and patience - the core values that make us all human.

The poverty of fanaticism only deepens the nihilism of violent extremism. It is only with wisdom, love and compassion that we can counter the worst violations of human intelligence and decency.
Last Update: Jan 14, 2016 1:56 am