Is there a sectarian war in the Muslim world? 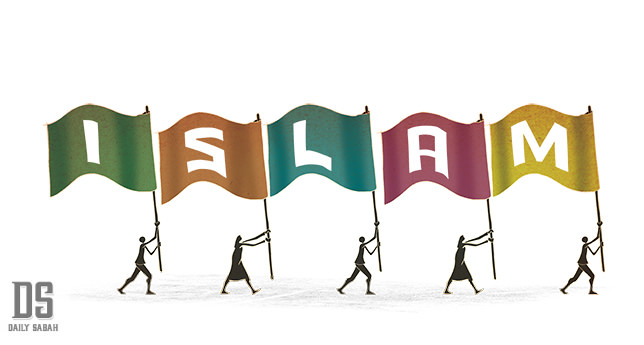 Historical differences between Sunnis and Shiites are obvious and should be acknowledged, but there is no need to maximize them to start new wars in the 21st century

The main conflict zones in majority Muslim countries give the impression that an all-out sectarian war is underway across the Muslim world. While there is an element of truth in this, the reality is somewhat different.

From Syria and Iraq to Bahrain and Lebanon, Sunni and Shiite Muslim communities confront a variety of issues, including war, communal tensions, poverty, economic inequality, oppression, proxy wars and militias and so on. Each issue presents a set of challenges that relate to ethnic and sectarian identities but do not have to be so. Identity politics underlies much of the problem and turns ordinary socioeconomic and political issues into maximalist identity claims. The Sunni-Shiite tensions in Lebanon are as much about sectarian identities as about a struggle for power and control. The war in Syria has very little to do with Sunni or Shiite Islam. Rather, it is about who will shape the future of this key Arab country regardless of the key players' ethnic or sectarian identities.

The religious wars between Catholics and Protestants in the 16th and 17th centuries in Europe were as much about identity as they were about power and dominance. Likewise, the current sectarian tensions in the Muslim world are about many things beside the historical events that led to the Sunni-Shiite divide in Islam. The question of who was rightly entitled to succeed the prophet of Islam as the first caliph is usually invoked as the beginning of Sunni-Shiite differences in early Islamic history. Sunnis hold that the companions of the prophet elected Abu Bakr as the first caliph based on the consensus of the community, and this forms the basis of the religious and political legitimacy of his succession. Shiites hold that Ali ibn Abi Talib should have been elected the prophet's successor.

Along with several key issues, this main difference over the question of succession has certainly played an important role in the rise of the Sunni and Shiite branches of Islam. But these two schools have also share the core elements of the Islamic faith and civilization. In law, science, philosophy, art and mysticism, they have upheld the unity of God and the dignity of the human person. From Imam Jafar al-Sadiq to Imam Abu Hanifa, from Ibn Sina to Nasir al-Din al-Tusi, from Imam Ghazali to Mulla Sadra, the prominent figures of the Sunni and Shiite schools have articulated the main ideas of classical Islamic civilization.The question today is how to read this history from a point of reconciliation and unity rather than confrontation and division. Muslim scholars and intellectuals have a key role to play in developing an inclusive approach to Islamic history and give a new direction to Sunni and Shiite Muslims who are faced with the challenges of history and the modern world.

Here lies a crucial factor that is usually overlooked, as wars, failed states and weak governments incur high social and psychological costs for communities regardless of their ethnic or sectarian formations. But they are translated into sectarian conflicts to give legitimacy to the failure of the political system. It is no coincidence that the war in Syria and the weak government structures in Iraq and Yemen are among the top sources of Sunni-Shiite tensions in the Muslim world. Violent extremist groups and terrorist organizations such as DAESH are taking advantage of the war in Syria, internecine fighting in Yemen, weak government structure in Iraq and the lack of central authority in Afghanistan, Nigeria and Mali.

Some bigoted extremists may sincerely believe that they are fighting for Sunni or Shiite Islam. Naturally, they cite the historical differences to which I referred to above. They may also cite the aggression of the other side to legitimate their extreme actions. But more often than not, these wars are fought for worldly power and influence. Sunni and Shiite identities are used primarily to justify what is eventually a power struggle.

Historical differences between Sunnis and Shiites are obvious and should be acknowledged. But there is no need to maximize them to start new wars in the 21st century. For this a two-pronged approach is needed.

Firstly, Muslim scholars, intellectuals, religious authorities and community leaders should guide their followers to a path of peace and reconciliation rather than hostility and confrontation. Just as Imam Abu Hanifa (d. 767) the founder of the Hanafi school of law, and Imam Jafar al-Sadiq (d. 765), the sixth Shiite imam and the founder of the Jafariyya school of law, held scholarly conversations and learned from each other, today's Muslim scholars have to nourish an environment of rapprochement and engagement. Sunni and Shiite leaders have to preach the path of moderation even in the face of the worst evils and calamities and condemn all forms of violent extremism.

Secondly, wars, failed states and weak governments in Muslim countries should to be addressed to prevent violent extremists from taking advantage of the suffering of the people. This requires bold political leadership and wise statesmanship. The ongoing wars in Syria and Yemen and the huge security challenges in Iraq and Afghanistan will continue to be a source of instability and destruction. But they will also continue to be used by political opportunists and extremist groups to fuel sectarian tensions.

Imam Bayhaqi (d. 1066) narrated the following saying attributed to the Prophet Muhammad: "Whenever a certain ruling comes to you from the Book of God, then verily there is no excuse in not practicing upon it. If not from the Book of God, then it comes from my previous practices [Sunnah]. If not found in my practices, then what my companions have said. Verily my companions are like the stars in the sky. Whoever among them you choose and follow, you will be guided. The differences of companions for you are a mercy." The last sentence has also been narrated as "the differences among my ummah are a mercy." Putting aside the debate over the chain of transmission of this saying, its meaning is clear and speaks directly to the Muslims of today. We all need to listen to its wisdom to cherish our differences as a source of strength and richness rather than division and strife.