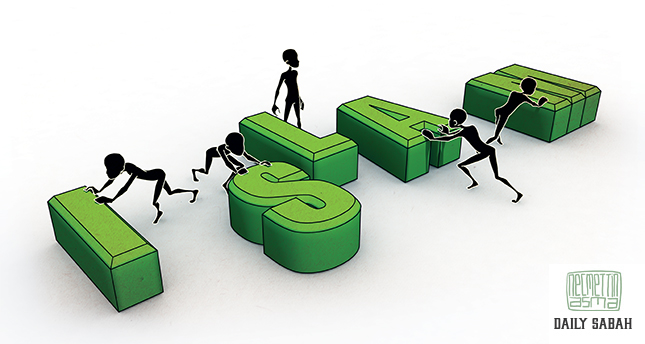 Instead of fostering oppositional identities that create absolute dichotomies which are easily manipulated by violent extremists, Muslims should place their national, ethnic and sectarian identities within the context of a higher moral and human ground that preserves Islam's inner unity and integrity

In 1901, Edmond Fazy, the editor of the French colonial magazine Questions diplomatiques et coloniales, asked a number of European orientalists and colonial administrators about the future of Islam in the next century. Given that we are now living a little over a century since this interesting poll was conducted, some of the answers given at the time remain highly relevant today.

They reveal much about the mindset of the time in Europe. But they also shed light on the self-inflicted wounds of the Muslim world.

The orientalist scholars who answered Fazy's question about the future included the Hungarian scholar Ignac Goldziher, the German orientalist Martin Hartmann and the French Arabist Edmond Douttée. In their responses, each one of them confirmed the basic premises of classical Orientalism and the European colonial designs of the 19th century, that Islam is monolithic, a dead tradition, a decayed civilization and a chaotic political-cultural world that needed a "mission civilizatrice" via direct Western intervention. Joseph Massad provides an incisive analysis and critique of this approach in his 2015 book "Islam in Liberalism" from The University of Chicago Press.

Among those who responded, Bernard Carra de Vaux, a French scholar of Islamic philosophy and a historian of science and religion, stands out with his black-and-white analysis and blunt proposal. Carra de Vaux's prediction for the future of Islam in the next century combines the core elements of academic expertise and colonialist perspectives. The primary goal of his analysis is to show how to foil any possible threat by pan-Islamism, supported by Sultan Abdülhamid II and a number of intellectuals and scholars at the time, against the European domination of the Islamic world. Carra de Vaux admits that Islam can be brought into reconciliation with Western European values of democracy and liberalism. He holds that liberalism, whatever he means by it, "can take hold in Islam, and it has done so before, taking the form of tolerance."

Carra de Vaux's main preoccupation, however, was not to develop a theory of Islamic liberalism or liberal Islam, but rather to show the ways to maintain and deepen Western dominance over Muslim societies in the political and cultural senses of the term. Colonization requires time, patience and a re-ordering of the subdued subjects. If the West is to succeed in its complete colonization of the Muslim world, Carra de Vaux suggested that "we should split the Muhammadan world, and break its moral unity, taking advantage of the political and ethnic divisions that already exist in it..." He believed that political, ethnic and sectarian differences should be accentuated so as to "increase nationalistic sentiments and diminish those of religious communitarianism."

Carra de Vaux's overall conclusion is that it is only by destroying the inner unity of Islam that European colonialism can achieve its goal of complete domination. In this spirit, he makes his formal proposal: "In a word, we must segment Islam. Then we can take advantage of its heresies and [Sufi] brotherhoods." If implemented carefully, these policies would "weaken Islam, make it restless, numb it, and render it forever incapable of great awakening."

Whatever the value of Carra de Vaux's predictions, the fact is that the legacy of colonialism and cultural domination did lead to a segmenting of Islam and the manipulation of its inner diversity. Having lost their intellectual and spiritual integrity and divided between a glorious past and a miserable present, Muslim societies neither preserved their traditions nor succeeded in modernizing themselves in ways that could have been reconcilable with their cultures and civilizations. Colonialism and cultural imperialism made sure that the internal differences in the Muslim world prevented any sort of great awakening that could have challenged and/or upset the major power designs of the new world order.

While we have to acknowledge this detrimental legacy of colonialism, we also have to look inside and ask how much the Muslim world has willingly contributed to the current predicament in which it finds itself today. For one thing, the sectarian tensions between Sunni and Shiite Muslims are as much caused by the interventions of world powers in Muslim countries as they are sustained by power struggles and proxy wars between Muslim nation-states that put a narrow definition of national interest before anything else. Lack of vision, leadership and wisdom mires all Muslims in endless battles that end up hurting and weakening everyone regardless of their sect, ethnicity or citizenship.

Paradoxically, globalization is pushing for an amalgamation and crisscrossing of identities in ways that are reminiscent of the multi-layered notions of the "ummah" as a community of faith and virtue as defined in Islamic tradition. It was the all-encompassing understanding of the ummah that gave classical Islam its internationalist and global outlook on everything from philosophy and art to geography and politics. The cosmopolitan spirit in Islam came from within rather than from without, and it was duly described by Ibn al-Arabi as "unity in diversity" (al-wahdah fi'l-kathrah) that centers everything in unity without denying the fact of diversity. It also underlines the fact that unity is not uniformity and diversity does not mean chaos and disorder.

Today, Muslims need to recover this fundamental principle. Instead of fostering oppositional identities that create absolute dichotomies that exist in people's minds and emotions in reality and which are easily manipulated by violent extremists, they should place their national, ethnic and sectarian identities within the context of a higher moral and human ground that preserves Islam's inner unity and integrity, on the one hand, and maintains its global and cosmopolitan outlook on the other. This will be the best antidote against such violent extremists as DAESH and al-Qaida as well as against those who seek to re-draw the map of the Muslim world along ethnic and sectarian lines.

Presidential spokesperson for the Republic of Turkey
Last Update: Apr 27, 2016 9:06 am
RELATED TOPICS