Turkey and Africa: A partnership of equals 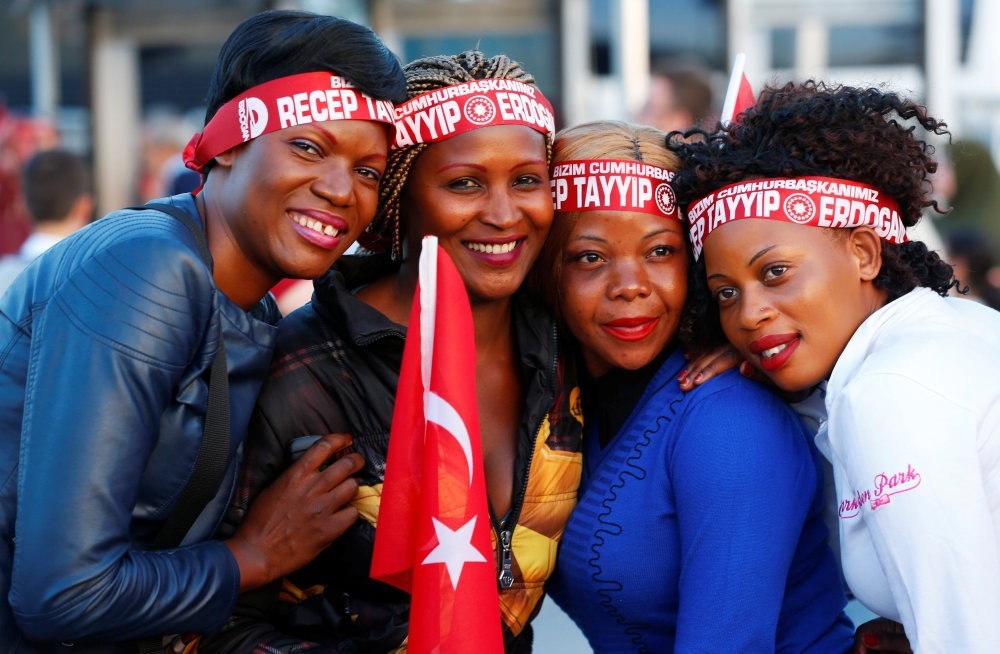 The key to Turkey's success in the region is no secret: Respect local partners, create new opportunities and refrain from policies that would hurt hard-working people on the ground

President Recep Tayyip Erdoğan is paying an official visit to East Africa from May 31 to June 3. The three-country visit to Uganda, Kenya and Somalia, Turkey's close partners in the region, reaffirms our nation's commitment to being part of Africa's success story.

To be clear, Turkey's relationship with Africa did not get to where it is in one day. Having taken initial steps to reach out to the continent in the late 1990s, Turkey's foreign policy efforts became much more systematic and decisive under the Justice and Development Party (AK Party). In 2005, the government of then Prime Minister Erdoğan launched the African opening to cooperate more closely with our regional allies, make new friends and help the continent's countries discover their potential. These diplomatic efforts continued with Turkey-Africa partnership summits, which were held in Istanbul and Malabo.

For the people of Turkey, the turning point in the country's relations with East African countries was Erdoğan's historic visit at the height of the 2011 draught and famine. At a time when the crisis claimed more than 250,000 lives, Erdoğan told the people there that they were not alone and pledged to help communities affected by extreme draught get back on their feet.

In recent years, the Turkish Cooperation and Coordination Agency (TİKA) launched 15 offices that oversee development projects in more than 30 countries. In 2012 and 2013 alone, Turkey contributed around $800 million to various aid programs in Africa. The hard work of Turkish volunteers and officials makes a difference in the lives of millions who have limited access to medical care, food and opportunities. Last year, Turkey launched the Turkish-Somalian Education and Research Hospital to train medical professionals and heal patients. The hospital remains the largest medical facility in East Africa.

Our efforts have not been limited to East Africa, either. In the wake of the 2014 West African Ebola outbreak, the Disaster and Emergency Management Authority (AFAD) delivered medical supplies and humanitarian aid to Sierra Leone, Liberia and Guinea. The agency was also among the first responders to the flood in Mozambique and the rest of southeast Africa.

Thanks to the efforts of Turkish nongovernmental organizations and the Presidency of Turks Abroad and Related Communities (YTB), more than 4,500 young Africans are working toward advanced degrees at Turkey's leading universities and colleges.

The key to Turkey's success has been a commitment to treat local communities and governments as equal partners as opposed to passive recipients of what we care to share. Our emphasis on equality and mutual trust is what made the Turkey-Africa partnership a historic success.

Today, Turkey has become an essential part of Africa. Every year, thousands of business figures, students and families travel around the world on Turkish Airlines, which expanded its network to 48 destinations in 32 countries. Turkish companies are creating jobs in Sub-Saharan African nations with whom bilateral trade grew eightfold since 2000 to reach $6 billion. Finally, Turkey has five times more embassies in Africa today - 34 in total - compared to a decade ago.

Although we have come a long way, Turkey remains committed to doing more for and with the peoples of Africa.

Our friends in East Africa, including Uganda, Kenya and Somalia, face humanitarian challenges with little support from the international community. As the world's largest host of refugees, Turkey will continue to draw attention to African nations' efforts.

Uganda, Kenya and Somalia, likewise, experience certain national security problems related to terrorism. Moving forward, we will continue and deepen our cooperation with them to make the region safer.

Finally, Turkey's efforts to promote economic growth across the continent, and in East Africa in particular, will continue in the future. By promoting trade, creating job opportunities and giving local communities the tools necessary to fend for themselves, Turkey will remain a close partner.

On the occasion of Erdoğan's historic visit to East Africa, it is important to urge the world's rich and powerful to help Uganda, Kenya and Somalia, along with their neighbors, to shoulder the burden of political, economic and security challenges. The key to Turkey's success in the region is no secret: Respect local partners, create new opportunities and refrain from policies that would hurt hard-working people on the ground.

Presidential spokesperson for the Republic of Turkey
Last Update: Jun 03, 2016 1:34 am
RELATED TOPICS