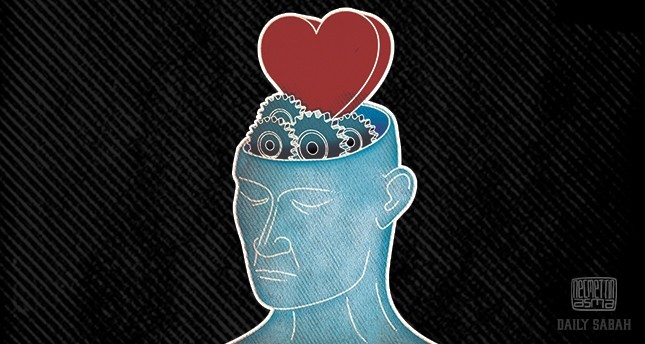 Looking at the rather bleak state of the Muslim world today, it is no hyperbole to say that we all need new proof and renewers of the faith like Ghazali to recover our intellectual compass and spiritual center, reclaim the balance between mind and heart

Abu Hamid Muhammad al-Ghazali, (1058-1111), one of the greatest Muslim thinkers of all times, remains a towering figure in the major discussions of law, theology, philosophy, ethics and Sufism in the Muslim world. His ideas as well as his life journey have much to offer to the present crises and predicaments of Muslim societies at a time when their intellectual vision has been blocked, spiritual integrity disrupted and cultural creativity undermined.

Coming from a humble family, Ghazali was trained in the religious and intellectual sciences early on. His wide-ranging interest in law, logic, Quranic exegesis, ethics, theology and philosophy led him to study with the best teachers of his time including Ahmad al-Radhakani and Abu'l-Ma'ali Juwayni, known as Imam al-Haramayn. Recognized for his sharp mind and erudition, Ghazali came to the attention of Nizam al-Mulk (d. 1092), the powerful and learned grand vizier of the Turkish Seljuk Empire, who had founded the Nizamiyya Madrasa of Baghdad as the best academic institution in the Muslim world of the time. At the age of 33, Ghazali was appointed as professor of jurisprudence and theology at the Nizamiyya, beginning an extremely prolific life devoted to scholarship, teaching and preaching.At the height of his fame and scholarly production, Ghazali faced an intellectual and spiritual crisis. As described in brutal honesty in his captivating autobiography "Deliverance from Error" (al-Munqid min ad-dalal), he began to question his own motives and concluded that "my intention in my public teaching ... was not directed purely for God's sake but was instigated and motivated by my personal quest for fame and prestige." He felt that he was "on the brink of a crumbling bank and already on the verge of falling into Fire, unless I set about mending my ways." This was a personal crisis of the highest order, leading Ghazali to question not only his moral intentions but also the intellectual foundations of his knowledge. He even doubted the existence of the external world and queried the veracity of methods used in religious and intellectual sciences. (His "methodical skepticism" predates Descartes's method of questioning by several centuries. At the end, he came back to reaffirm the existence of the world and veritable knowledge within a larger metaphysical framework.)

Seeing his intellectual and spiritual life crumbling, Ghazali left his prestigious post, prepared himself for Hajj, went to Damascus to take up a small residence in the Umayyad Mosque and traveled to Jerusalem. All this traveling was a reflection of his own inner journey whereby he did not accept anything that was not based on true knowledge, moral integrity and spiritual realization. Ghazali held that knowledge of the mind has to be verified by the certainty of the pure heart. A wise man needs more than "information" and rote memorization of sciences (more or less what you get in the so-called "information age" of today) to lead a good and virtuous life; he realized he needs knowledge and wisdom. This cannot be attained without a sharp mind and pure heart. It is through God's guidance, hard work and spiritual illumination that one can have a proper mind and a clean heart to understand the meaning of existence and our place in it. Without anchoring oneself in this fundamental principle, one would remain lost even after reading thousands of books, achieving fame, status, et cetera.

Though deeply personal, this was not solely the crisis of an inquisitive mind. Ghazali felt that the Muslim world, too, had lost its compass and needed a new direction. Yes, the two main sources of Islam, the Quran and Sunnah, were there. But Muslims had to re-read and re-interpret them to make them a living guidance for themselves. He rejected "blind imitation" (taqlid) because true knowledge cannot be attained by mere imitation. Furthermore, servile conformism is against the true meaning of faith, which always entails more than a mere acceptance of theistic and juristic formulations. One therefore needs "verification" and realization (tahqiq) to have veritable knowledge on the one hand, and true and sincere faith, on the other.

In this context, the Muslim world needed "renewal" (tajdid) and "revival" (ihya) to overcome its own slumber and breathe a new spirit into religious understanding. This had to be a movement of both intellectual and spiritual awakening. It is with this idea in mind that Ghazali wrote, probably while in Damascus, his magnum opus "Revival of Religious Sciences " (Ihya ulum al-din) - a work of vast erudition and immense influence. It was a direct response to the intellectual crisis of the Muslim world: A crisis is inevitable when knowledge is fragmented, unity of mind and heart destroyed and the moral compass of the community lost. In many striking ways, the crisis Ghazali faced in the 12th century is similar to what the Muslim world is facing today.

It was also within this framework that Ghazali criticized the Muslim philosophers of the Platonic and Aristotelian schools in his "Incoherence of the Philosophers" (Tahafut al-falasifah), referring to the "incoherence of the philosophers" rather than the fallacy and thus total rejection of "philosophy," which is rather a smart and important distinction. He held that al-Farabi and Ibn Sina, the two main figures of the Platonic-Peripatetic tradition, erred in their attempt to Islamize Greek-Hellenistic philosophy and failed to do justice to both the requirements of reason and the principles of revealed religion. They ran the risk of cutting the ontological and spiritual link between the world of creation and God as the Creator, the Nourisher and the Compassionate. He felt that the Aristotelian philosophy was turning God into a cosmological principle without the religious and metaphysical truth and without the personal devotion - a regulatory principle to which we cannot pray and with which we cannot converse.

Ghazali's criticism of philosophy was as much intellectual as it was also political because it was concerned with the Fatimid preachers' use of philosophy to advance their political agenda. In spite of his devastating attack on the philosophers, however, Ghazali brought logic and philosophy from the back door and prepared the ground for a new Ghazalian synthesis of Asharite philosophical theology and Sufism - a synthesis in which logic and transcendence, mind and heart, knowledge and faith, inquiry and devotion go hand in hand. This epistemic unity is to be seen everywhere in Ghazali's work from jurisprudence to theology and Sufism.

This unity, which is essentially derived from divine unity (tawhid), also reveals the inner meaning and true significance of things to which a sound mind and a sincere heart should dedicate itsel. Thus, in jurisprudence, Ghazali laid the foundations of what later came to be known as "maqasid" perspective, i.e., the goal(s) for which a juridical ruling is issued. The same applies in the spiritual realm whereby we are invited to see beyond appearances and realize the inner meaning of reality both in our souls and in the horizon. This enables us to see the world as it is: neither denying its existence and spiritual significance nor absolutizing it. For every "judgment" (hukm) in law or in philosophy there is a wisdom (hikmah) behind it, and it is the ultimate goal of a sound mind and a compassionate heart to discover and live by it.

Ghazali was given the honorific title "Hujjat al-Islam" (the Proof of Islam), and is considered to be a Mujaddid or renewer of the faith, who, according to tradition, appears once every century or so to restore the faith of the community. Looking at the rather bleak state of the Muslim world today, it is no hyperbole to say that we all need new proof and renewers of the faith like Ghazali to recover our intellectual compass and spiritual center, reclaim the balance between mind and heart and fight against such modern heresies as al-Qaeda and DAESH. Reading al-Ghazali in these precious days of fasting, contemplation and devotion can help us regain the middle path of reason, heart and wisdom for which the Proof of Islam worked so hard.