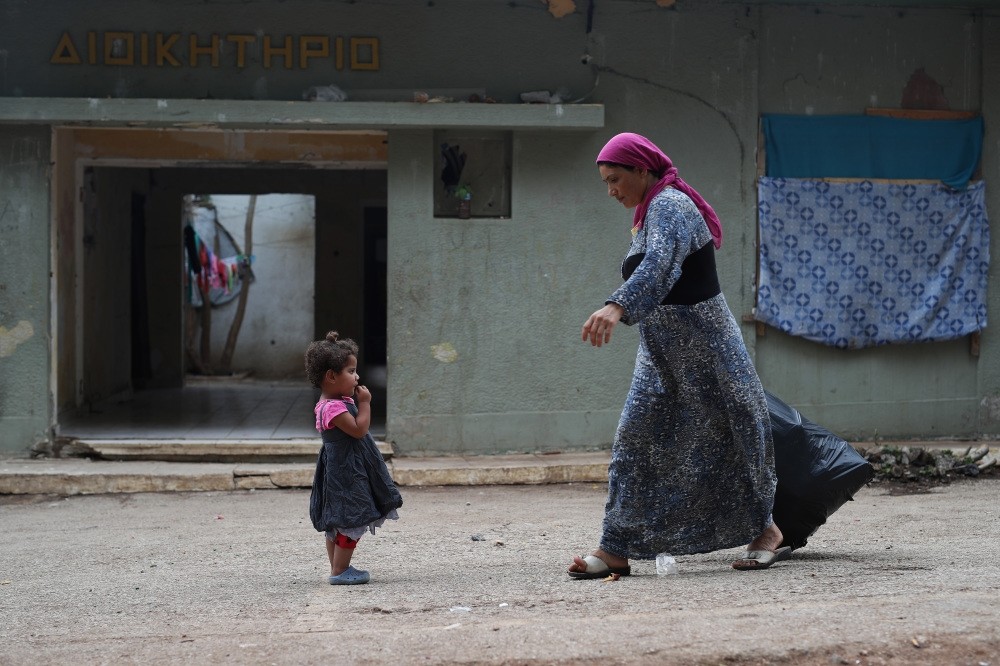 Turkey's goal in Syria is clear: To protect Syria's territorial integrity, avoid any ethnic and/or sectarian conflicts and support transition to a legitimate and inclusive political order for all Syrians

The G20 summit, held on Sept. 4-5 in the idyllic city of Hangzhou, China, brought together the leaders of the world's largest economies with a heavy agenda on global economy and climate change. But the summit also served as a venue to address such pressing geopolitical issues as the fight against terrorism, refugee crisis and the ongoing war in Syria.

Geopolitical posturing and maneuvering is a staple feature of such meetings and this one was no exception. While there is a universal consensus that terrorism is a global threat and must be fought with force and determination, disagreements remain as to who the terrorists are. The failure of the international community to stop the war in Syria and destroy the menace of DAESH terrorism is closely intertwined with geopolitical muscling and unfortunately it looks like the Syrian war will continue to remain the primary scene for it. Nevertheless, world leaders showed keen interest in a new dynamic on the ground: Operation Euphrates Shield was launched by the Turkish Armed Forces (TSK) on Aug. 24, which cleared the Turkish border from DAESH and provided a respite to tens of thousands of Syrians living in the cities between Azaz and Jarablus. It is also an important military victory and moral boost for the Free Syrian Army (FSA) that faced many upsets over the last two years. Also, Operation Euphrates Shield proved Turkey's seriousness and determination to degrade and destroy DAESH with or without support from the international actors.

Besides the military campaign, the diplomatic and political success of the Euphrates operation should be noted. Turkey's efforts to develop closer relations with Russia and Iran have helped prepare the ground for the overall support for its recent military activities in Syria. It should be emphasized that Turkey is exercising its right for self-defense along its border. Also, Turkey is coordinating its military operations with related parties to avoid any conflicts on the ground.

This victory, though important in many ways, is only one part of the Syrian puzzle. The worsening situation in Aleppo is a major source of concern for all stakeholders in Syria. As expected, it was on the agenda of talks between the U.S., Russia and Turkey as a precarious agreement on the cessation of hostilities is being drawn before the Muslim holiday of Qurban Bayram (Feast of the Sacrifice), also known as Eid al-Adha. If and when finalized, the agreement will provide a much needed respite to the civilian population of Aleppo and its environs. It will facilitate the delivery of humanitarian aid from Damascus in the south and from Turkey in the north. If it holds, it may also provide a venue for a restart of political negotiations between the regime and the opposition under the depleted U.N. umbrella.

Reaching a partial agreement to hold fire is one thing, aiming to end the war another. In its fifth year, the Syrian war is wearing out everyone to the point that localized and temporary truces are celebrated as major victories. While everyone should support any and all agreements to save even one single life in Syria where everyday dozens die, the ultimate goal should be to end the war. This is the only way to eliminate terrorism in Syrian territories, contain the refugee crisis and help the Syrian people live a normal life again.

This brings me to the question of the refugees - a question that matters to Europeans only when it bothers the old continent but seems to slip away as soon as the refuges, mostly from Syria, stop trying or simply fail to reach European soil. With few exceptions, the European response to the most serious refugee crisis of the last half a century has been shameful, to say the least. Most Europeans act as if we do not live in a globalized and interdependent world and think rather foolishly that the refugee problem will go away or simply remain a problem for "Easterners." What is worse is the fact that mainstream European politics is becoming deeply infected with xenophobic and racist currents all cherished and promoted in the name of stopping illegal migration and protecting the pure and civilized streets of Europe. This is neither acceptable morally nor defendable politically. If Europe really cares about the refugee crisis, it should assume a larger and more serious responsibility to end the war in Syria and help establish peace and order there, in Iraq and elsewhere in the region.

Turkey's goal in Syria is clear: To protect Syria's territorial integrity, avoid any ethnic and/or sectarian conflicts and support transition to a legitimate and inclusive political order for all Syrians. Contrary to PKK propaganda, Turkey is not fighting the Kurds in Syria. It is only protecting itself and the Syrians against the terrorist plots of the PKK's Syrian wing, the People's Protection Units (YPG). It is simply outrageous to present this as a fight against the "Kurds of Syria." Turkey has no problems with the Kurds of Syria or Iraq or Iran. Turkey has problem with terrorist organizations wherever it comes from. Just as the fight against DAESH is not a fight against Muslims, the fight against the PKK and its terror outlets is not a fight against Kurds in Syria or anywhere else.

As we stand to celebrate the hajj and the Muslim holiday of sacrifice in a few days, let's hope and pray that the people of Syria, among countless other oppressed peoples of the earth, get a breather and enjoy peace and calm like all normal human beings.

Presidential spokesperson for the Republic of Turkey
Last Update: Sep 10, 2016 1:20 am
RELATED TOPICS