Al-Farabi and the lost concept of civilization 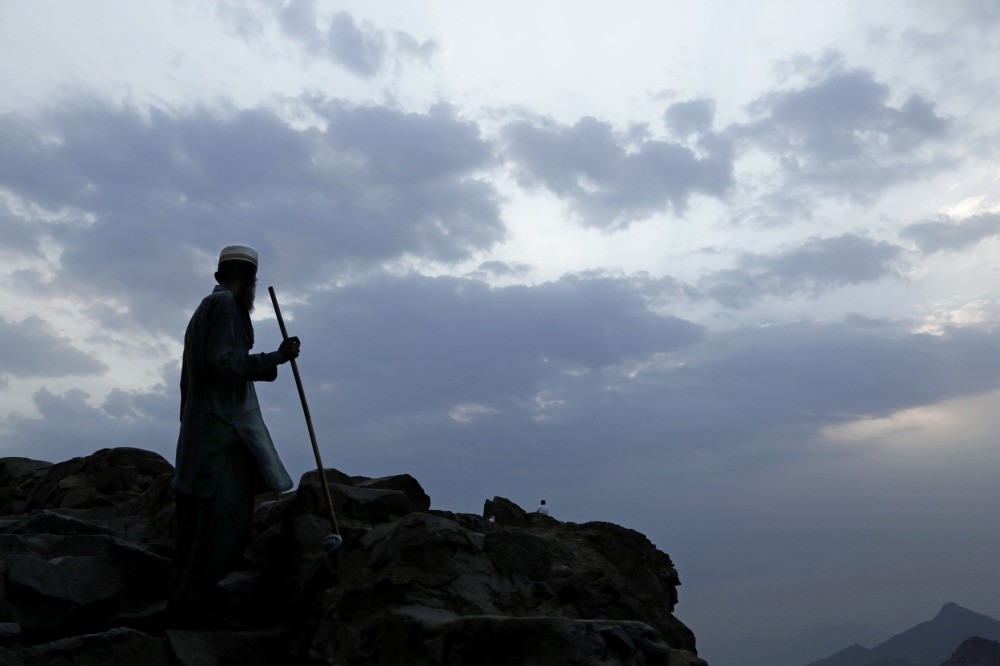 Happiness and good life, as defined by al-Farabi, are attainable only when one discovers the truth and ‘unites with the disembodied intellect,' i.e., the world of intelligible truths beyond the ephemeral and imprisoning world of material goods and desires

Abu Nasr Muhammad ibn Muhammad al-Farabi (872-950), one of the greatest political philosophers of all time, never loses his relevance for metaphysics, epistemology or political thought. His "Virtuous City" (al-Madinat al-Fadilah) represents a culmination of Greek and Islamic notions of ethics and political order. The connections he builds between city life, civilization and metaphysics is of particular relevance to our world in which these notions have lost their meaning but need to be revived for the building of a proper human habitat.

The word "civilization" has had a bad history ever since its first use by Victor Riqueti Mirabeau in his "L'ami des hommes ou traité de la population" in 1757. Its bad reputation is closely linked with the history of European colonialism whereby the colonialists used the concept to justify the so-called "civilizing mission" and the White Man's Burden. In the 18th century, the world was divided into two neat categories: the civilized and the uncivilized. Not surprisingly, Europe represented civilization and the rest of the world primitiveness, barbarity and savagery. They needed the magical and often harsh touch of Western civilization to be brought into the league of civilized nations. Almost two centuries later when Samuel Huntington announced his famous theory of international relations in the 21st century, the focus was immediately on "clash" rather than civilization. Huntington was no primitive colonialist but his clash theory ended up supporting a notion not too far from classical Western colonialism. We are still dealing with the consequences of this market for clash theories.

Al-Farabi may serve as an important corrective to the abuse of the term today. His political model, which he calls the Virtuous City, builds on the fundamental premises of the Platonic-Aristotelian and Islamic concepts of good life, happiness and metaphysics. His key premise is that there is no city life and civilization without a metaphysical and moral foundation.

The city, the most perfect form of collective life for the betterment of the human condition, is an ontological necessity because no human being can live on his own and fulfill his destiny in solitary existence. He needs other fellow human beings "to preserve himself and to attain his highest perfections." As the goal of collective life is to sustain one's existence and attain moral perfection, ontology and morality give meaning and form to the city where we are expected to live not to satisfy our carnal desires and dominate others but to attain happiness and live a "good life" in the Aristotelian sense of the term.Collective living by itself, however, does not guarantee goodness. Since all human action is guided by moral choice, cities can be good or bad. The good cities are the ones in which its inhabitants use their intelligence and will to attain wisdom, truth and compassion, and work for the common good. What makes a human habitat (a city, a country, an empire, etc.) desirable is not its economic power, military or technological superiority per se but its promise of moral refinement and spiritual contentment. Before anything else, a virtuous city life and by extension a civilization has a metaphysical rather than material foundation. Happiness and good life, as defined by al-Farabi, are attainable only when one discovers the truth and "unites with the disembodied intellect," i.e., the world of intelligible truths beyond the ephemeral and imprisoning world of material goods and desires. Without truth, we can do justice neither to the world of nature nor to fellow human beings. But since no human society can ignore the material basis of an urban life, the question is not to reject the world as such but to put it in its proper place and not to be overwhelmed by it.Al-Farabi's emphasis on the metaphysical foundations of city life and civilization is so strong that he devotes a good part of his political treatise to metaphysics, ontology and cosmology. He asks his readers to understand first the 'great chain of being' before turning to politics. Given the nature of the Islamic intellectual tradition, this makes perfect sense: no political order is sustainable without understanding the rules and principles of the heavenly order. No social-political life can bring happiness and fulfillment without grasping the larger context of existence in which we live as intelligent and free human beings. No peace is possible between nations without agreeing on the notions of truth, wisdom and justice.

Elaborating on this point in his masterpiece "Shifa," Ibn Sina says that no human collaboration is meaningful without working towards some good and this can happen only when people's actions are guided by a "proper path" (sunnah) and justice ('adl). Note how Ibn Sina uses the word "Sunnah" to ground collective life, urbanization and civilization in higher moral principles. It is the same word as the Sunnah of the Prophet, which outlines the proper ways of leading a life based on faith, intelligence and virtue.

The Prophet of Islam is the first person to build a properly Islamic city in Medina. What the first Muslim community experienced and shared in Medina was both a city life and a civilization. The Medinaian experience laid the foundations of the future Islamic civilization. This is also corroborated by etymology: the words city and civilization in both Western languages and Arabic are related, underlying the connection between virtuous city life and civilization. Ibn Sina makes full use of this rich etymology to underscore the necessity of following the proper path of truth and justice for a meaningful social and political life.

In the face of the global calamities we are facing today, this meaning of urban life and civilization should be recovered. Instead of turning civilization into an instrument of imperialism and domination, we have to build it around the principles of truth, virtue, understanding and compassion.

Presidential spokesperson for the Republic of Turkey
Last Update: Sep 17, 2016 1:07 am
RELATED TOPICS