A post-crisis order is possible in the Middle East 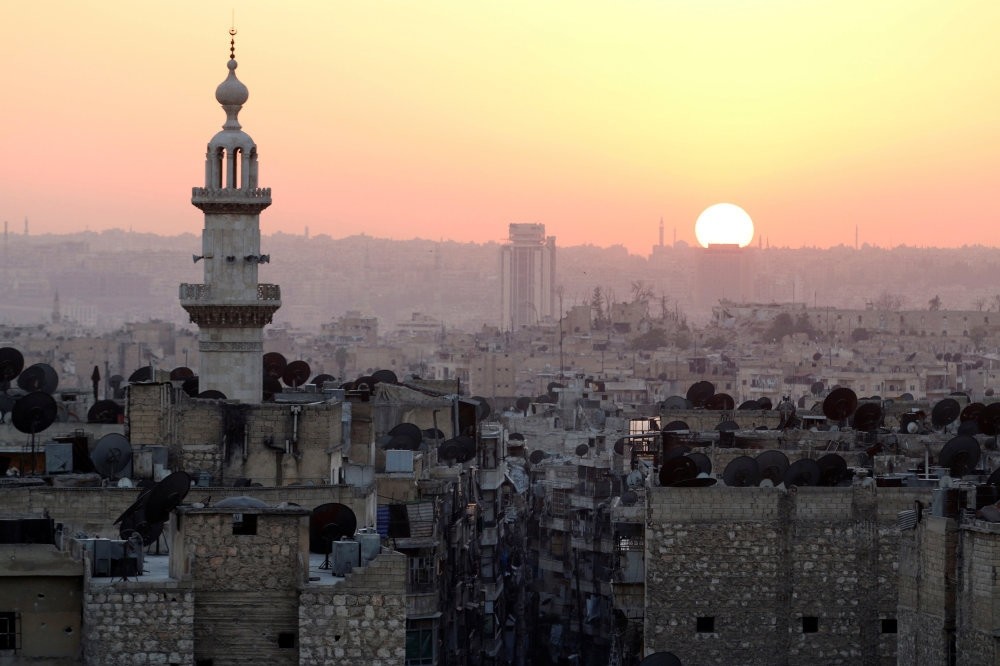 A number of deep-rooted problems are ravaging the Middle East and the larger Muslim world. It is as if the Muslim world is paying for the consequences of the global disorder after the collapse of the bi-polar world-system. The "Middle East," as it is used in common parlance, rarely conveys a sense of hope and prosperity; rather it invokes conflict, war, crisis and spoiled wealth. But this does not have to be the fate of the Middle East region. With its rich natural and human resources, the region can overcome its current state of crisis. It can once again become a land of culture, civilization, peace and prosperity as it did for centuries before the modern era. But this requires a new social imagination, a politics of consensus and a strong political leadership.

Several key problems feed the current regional disorder in the Middle East. Four issues, among others, stand out as pressing. Firstly, failed states and weak governments serve as a breeding ground for violent terrorist groups most of which engage in micro-nationalism for power and domination. Extending from Syria and Iraq to Yemen, Libya, Somalia and Afghanistan and unable to establish order and peace, they fail to protect their citizens but also pose security threats to their neighbors. They are also easily manipulated by the major stakeholders of global power-games to the detriment of local traditions, institutions and people. Most international aid going into crisis-ridden areas ends up reinforcing the deteriorating situation of failed states and weak governments.

A countermeasure is needed to build strong state institutions and increase capacity for good governance, accountability and merit-based rule. Muslim countries ought to help each other develop capabilities for establishing order and providing services. Ethnic, sectarian and geographical factors should not be manipulated to weaken the already weak government structures.

Second, we have the problem of radicalism and violent extremism as represented by such groups as al-Qaida, Daish, Boko Haram, al-Shabab and others. These terrorist organizations use religious arguments to justify their cause. But in essence they struggle for power and domination and in this sense are not different from any secular, nationalist or socialist terrorist organization. Their primary goal is to amass power at all costs. This must be exposed to show their "worldly" and destructive nature. Muslims of good conscience must reject their perverted ideology and prevent the youth from buying into it. This requires a serious intellectual work of the highest order whereby we have to recover the Islamic intellectual tradition and show its relevance for the 21st century.

Third, the growing sectarianism in certain conflict zones is poisoning relations between Sunnis and Shiites all over the Muslim world. In places like Iran, Iraq, Syria, Lebanon, Bahrain and Pakistan, sectarian identities are mixed up with ethnic, regional and nation-state identities. Most often, sectarian identities are presented to hide nation-state interests and struggle for influence and expansionism. This is an extremely dangerous path - a path that will bring only further mistrust and hatred between Sunnis and Shia.

Scholars and religious and political leaders and the communities in general must see the destruction sectarianism has wrought upon Muslim lands over the last decade and take action to stop it. Sunni and Shiite communities should be accepted as part of the larger Islamic tradition. While theological and legal differences should be acknowledged, they must not be manipulated to create political conflicts and serve nation-state interests. The higher identities of Muslims, Sunni and Shiite alike, go beyond any nation-state border.

Fourth, most Muslim countries are trailing behind the developed countries of the world despite the rich resources they command. Analysts note that the member countries of the Organization of Islamic Cooperation have consistently underperformed according to the United Nations Human Development Index (HDI). Even if we put aside HDI and adapt a different set of criteria more in tune with the domestic circumstances of Muslim-majority countries, the result does not change. The developmental gap between Muslim countries and the rest of the developed world should be addressed in a serious and systematic manner. This is not only a political necessity but also a religious duty in view of the fact that Islam as a religion orders human wellbeing as a core value of its world view and social order. Muslims cannot claim to be good Muslims and serving God while living in abject poverty, environmental pollution, unhealthy urban centers and destructive communal strife. Human failure cannot be justified as God's pre-ordained destiny. This, too, requires a new theological-philosophical thinking about the state of the world and our place in it.

Muslim countries have to invest more in human development, education, science and technology. But they have to do it in a way that respects and protects the tradition and remains open to novelty, adaptation and renewal. A morbid tradition and a blind repetition of it will only lead to the death of the tradition. An unprincipled and rootless belief in everything new and modern will only lead to self-alienation and identity crisis. The Islamic intellectual tradition has the resources to strike a meaningful balance between tradition and continuity on the one hand renewal and adaptation on the other. We can be rooted in our tradition while keeping an open horizon to the world.

None of these goals are impossible to achieve. But they require a new social and religious imagination whereby we regain our role as the "middle community" (ummah wasatah) and carry God's trust (amanah) in the world. An authentic and virtuous intellectual leadership is essential to go beyond the false dichotomies of the modern self and demonstrate that a life filled with meaning and purpose is possible without giving up on freedom and security.

Strong and wise political leadership is needed to end self-destructive wars and conflicts in Muslim countries and protect them from external intervention and manipulations. Political leaders need to understand that one's safety is dependent on that of others. In an age of growing interdependence and globalization, no one is safe until everyone is safe.