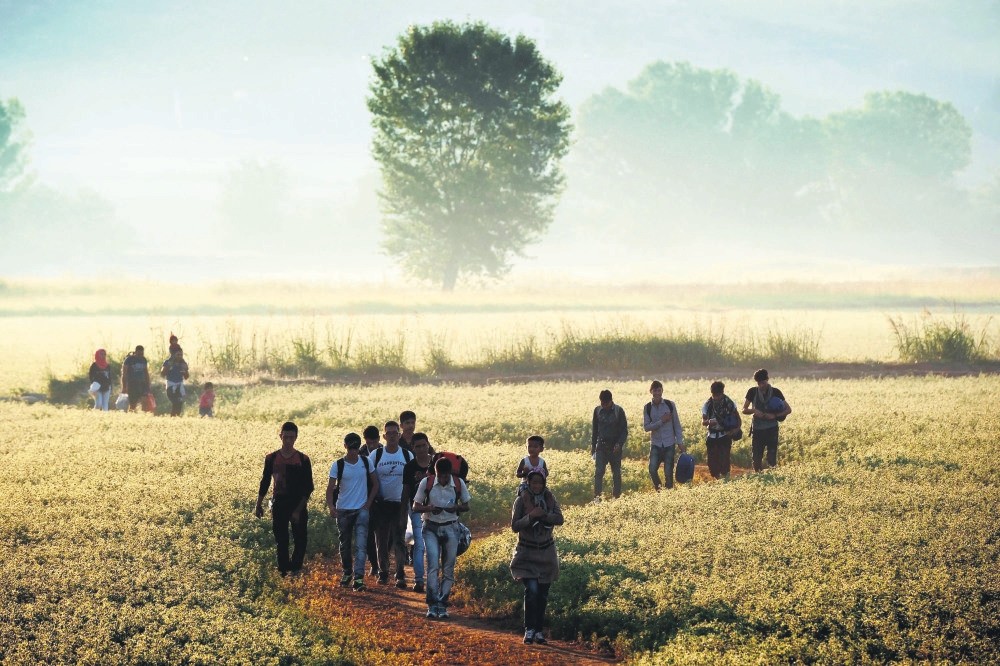 Given the crisis-ridden and weakened state of politics in the world today, we have to examine how countries from east to west are responding and/or failing to respond to the challenges facing them

The recent dynamism of Turkey's foreign policy has opened up new possibilities in its relationship with a host of countries including Russia, Iraq, Iran, Azerbaijan, Kazakhstan, Uzbekistan, Saudi Arabia, Qatar, United Arab Emirates, Israel, the EU, the Balkan countries and several important African nations. Despite differences over the support the U.S. gives to the People's Protection Units (YPG), the outlawed PKK's Syria branch, Turkey has worked with the Obama administration on several regional issues. In essence, Turkey seeks a policy of balance and equilibrium between east and west, Europe and the Middle East, Euro-Asia and Africa and the North and Latin Americas.

The key to this perspective is the fact that Turkey does not see foreign policy as a zero-sum game. The fact that Turkey is a member of NATO does not mean that it cannot have good relations with Russia or China. Turkey's strong cultural and historical ties with the larger Muslim world do not prevent it from seeking to join the European Union as a full member. None of these equations are mutually exclusive. To the contrary, if used properly, they can be mutually empowering relations whereby centuries-old prejudices, misperceptions and political rivalries between the Islamic world and the West can be overcome. None of these relationships have to be developed and cultivated at the expense of the other.

Seeking a policy of balance and equilibrium is also necessitated by Turkey's geo-political position, historical ties with several regions and continents, security interests as well as the evolving challenges of globalism. Reductionism does not work in any field of human quest. It is all the more so in foreign policy. While some want to see Turkey reduce all of its options to one single set of choices such as the West or the Middle East, the realities on the ground as well as Turkey's broader perspective on the world suggest and even force the necessity of having multiple options.

A case in point is the recent developments in Syria over the last three months. After normalizing relations with Russia in June of last year, Turkey quickly began to expand its cooperation with Russia in bilateral relations but also in the Syrian war. While the U.N. and U.S. under the Geneva Accords failed to establish a comprehensive cease-fire in Syria, Turkey and Russia managed to broker a cease-fire and evacuation agreement in east Aleppo. The countrywide cease-fire that went into effect on Dec. 30, 2016, is holding despite violations by the Syrian regime and militia groups. Relatively speaking, this is better than the all-out war that has claimed the lives of tens of thousands of people over the last six years. Now, the Syrian opposition and the regime are getting ready for the Astana talks set to begin on Jan. 23.

These recent developments are a reflection of the extremely complex and complicated nature of the conflicts in Syria, Iraq and beyond and they affect global political balance in multiple ways. Terrorism has become a global phenomenon beyond national borders. Failed states, weak governments, non-state actors, power rivalries and proxy wars pose deep threats to the security and peace of all nations from the Middle East to Europe and the U.S. These challenges require a globally coordinated response. Otherwise, everything and everyone will burn in the wild flames of modern terrorism. This calls for a wider perspective on how we will overcome the challenges of the present Zeitgeist that move in seriously destructive ways.

At this point, we may turn to two prominent historians of the last millennium. Arnold Toynbee describes the process of civilizational change in terms of challenge and response. Civilizations, the largest units of human society, grow when they respond to unexpected challenges in creative ways. They decay and die when they stop finding creative responses to the challenges that surround them. In his monumental work "A Study of History," Toynbee surveys examples from ancient to modern times to show how civilizations and (we may add) states rise and fall depending on their capacity to respond to challenges that may come from within or from outside. As he puts it, "Man achieves civilization, not as a result of superior biological endowment or geographical environment, but as a response to a challenge in a situation of special difficulty which rouses him to make a hitherto unprecedented effort."

In essence, this is what Ibn Khaldun said six centuries before Toynbee when the great Tunisian historian and thinker analyzed how a group of people rose to prominence when they put their group solidarity and cohesion, which he called "asabiyyah," to creative use. Ibn Khaldun also explains how and why these nations and states lose their competitive edge when they stop responding to the challenge of rival groups that have a stronger sense of unity and solidarity.

Given the crisis-ridden and weakened state of politics in the world today, we have to examine how countries from east to west are responding and/or failing to respond to the challenges facing them. In this global age of interdependence, no failure remains an isolated incident; it affects the global balance of power and creates disequilibrium. Helping each other develop new and creative capacities to respond to common challenges is not only a civic duty on a global scale but also a strategic necessity for the safety and prosperity of all of us.