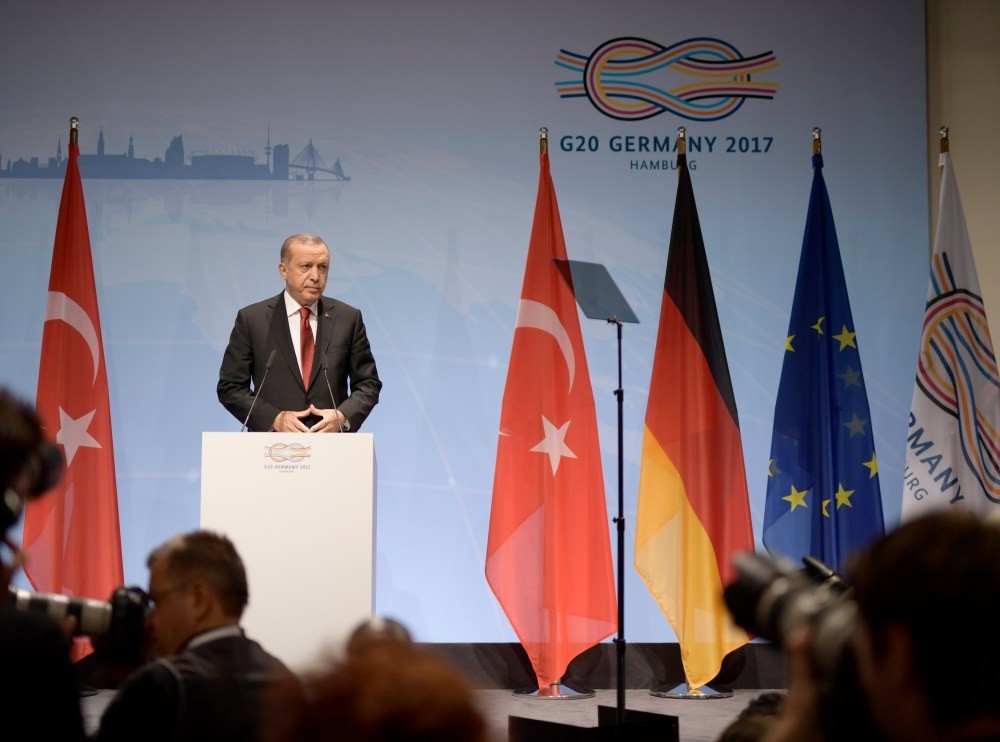 A relationship based on trust, mutual interest, equality and respect is possible and necessary between Turkey and Europe. Turks, Germans and Europeans have to work hard to avoid irrational attitudes and irresponsible policies that end up hurting everyone

Last May in Brussels, President Recep Tayyip Erdoğan held talks with EU leaders to open a new page in Turkish-EU relations after several months of tensions ahead of the Turkish referendum in April. At the G20 Summit in Hamburg, he also had meetings with European leaders, including German Chancellor Angela Merkel, to chart a new course in bilateral relations. While everyone was expecting a new and more positive climate to emerge, last week, German Foreign Minister Sigmar Gabriel announced a major policy change on Turkey. Where did this come from? What lies behind it?

Two recent incidents are mentioned as a possible cause for this policy shift. The first is the detention of a German citizen in Turkey for allegedly being involved in unlawful acts. The second is the claim that Turkey is investigating German companies in Turkey as part of the ongoing Gülenist Terror Group (FETÖ) investigation. The German government went so far as to claim that German citizens and companies are not safe in Turkey. Both charges are baseless.

There is no threat to German or other foreign citizens in Turkey while visiting or doing business. The cited case of the detention of a German citizen is a judicial process and only the courts will give the final verdict. There is also no blacklist of German companies being investigated or targeted in any way. There are around 7,000 German companies in Turkey, and some have been doing business in Turkey for almost a century. No foreign company has been shut down or investigated after the July 15 coup attempt. The companies that have been shut down or confiscated are solely those of the FETÖ network.

Turkish-German relations have a long history and there is no reasonable ground to break them now. Hundreds of thousands of German citizens, tourists and business figures visit Turkey every year without any problems. More than 3 million Turkish-origin people live in Germany as citizens and legal residents. There is no reason to see them as threats or in danger by any stretch of the imagination.

Over the last decade, the successive German governments under Chancellor Angela Merkel have been open about their opposition to Turkey's full membership in the EU. Yet Turkey continued to work with Germany at various levels. There are other points of disagreement on issues like integration and assimilation, cultural pluralism and the Syrian war. Despite these differences, however, the Turkey-EU migration deal struck under German leadership has worked to stop the flow of refugees from Syria and the region to Europe. Economic relations have also fared well in turbulent times.

But the German position on the April 16 referendum came as a surprise. The banning of Turkish politicians from the ruling Justice and Development Party (AK Party), including ministers, to meet with eligible Turkish voters in Germany made no sense at all. While the no campaigners were allowed to run numerous programs, supporters of the constitutional reforms were not given the same space of freedom. German media and politicians complain about freedom of assembly in Turkey, but officials did not allow even Erdoğan to meet with Turkish citizens and compatriots to hold a peaceful meeting.

Worse, the major outlets of the outlawed PKK terrorist organization held rallies and indoor events not only to support the no campaign, but also to propagate the PKK's ideology and justify its acts of terrorism. Furthermore, dozens of FETÖ suspects have been allowed in Germany when in fact there are arrest warrants for them in Turkey. Added to this is the German media's obsession with Erdoğan, which reads like the stray thoughts of the mentally disturbed rather than serious political commentary.

Now the German government is saying that it will take this case to the rest of Europe, meaning that it will use its power to mobilize other European countries against Turkey. Is this really a sound policy? Does anyone think that only Turkey will be hurt by this irrational approach? How much longer will Germany turn a blind eye to Turkey's legitimate security concerns over the presence of the PKK, FETÖ and other groups whose primary trait is open animosity toward Turkey, a NATO ally and an EU candidate country? How would Germany, or any other country for that matter, react if Turkey had allowed scores of anti-German individuals and organizations to launch unrelenting attacks on Germany?

Clearly, the upcoming German elections in September have a role in all this. Anti-Turkey populism brings applause, attention and votes. Furthermore, some see Erdoğan and Turkey as an "other" through which to deflect their internal problems onto a distant and imaginary enemy. Some political circles in Europe use Turkey as a problem to avoid looking themselves in the mirror and reckoning their image. They turn their distorted image of Turks into "barbarians" so that they feel good about themselves and get away with real problems like rising xenophobia, unemployment, inequality, domestic violence, crude individualism, racism, sexism, class struggle, multiculturalism and the overall weakening of Europe as an idea.

But we have to face the simple fact that turning Turkey into a hostile other may bring in short-term gains for political opportunists and far-right racists in Europe. But it neither solves Europe's own problems nor provides a political and moral roadmap for the future. It only deepens the sense of mistrust that poisons relations between Turkey and Europe on the one hand and Islamic and Western societies on the other.

This state of affairs must be rejected at a time when such global problems as inequality, injustice, terrorism, alienation and mistrust require global partnership and understanding. A relationship based on trust, mutual interest, equality and respect is possible and necessary between Turkey and Europe. Turks, Germans and Europeans have to work hard to avoid irrational attitudes and irresponsible policies that end up hurting everyone.