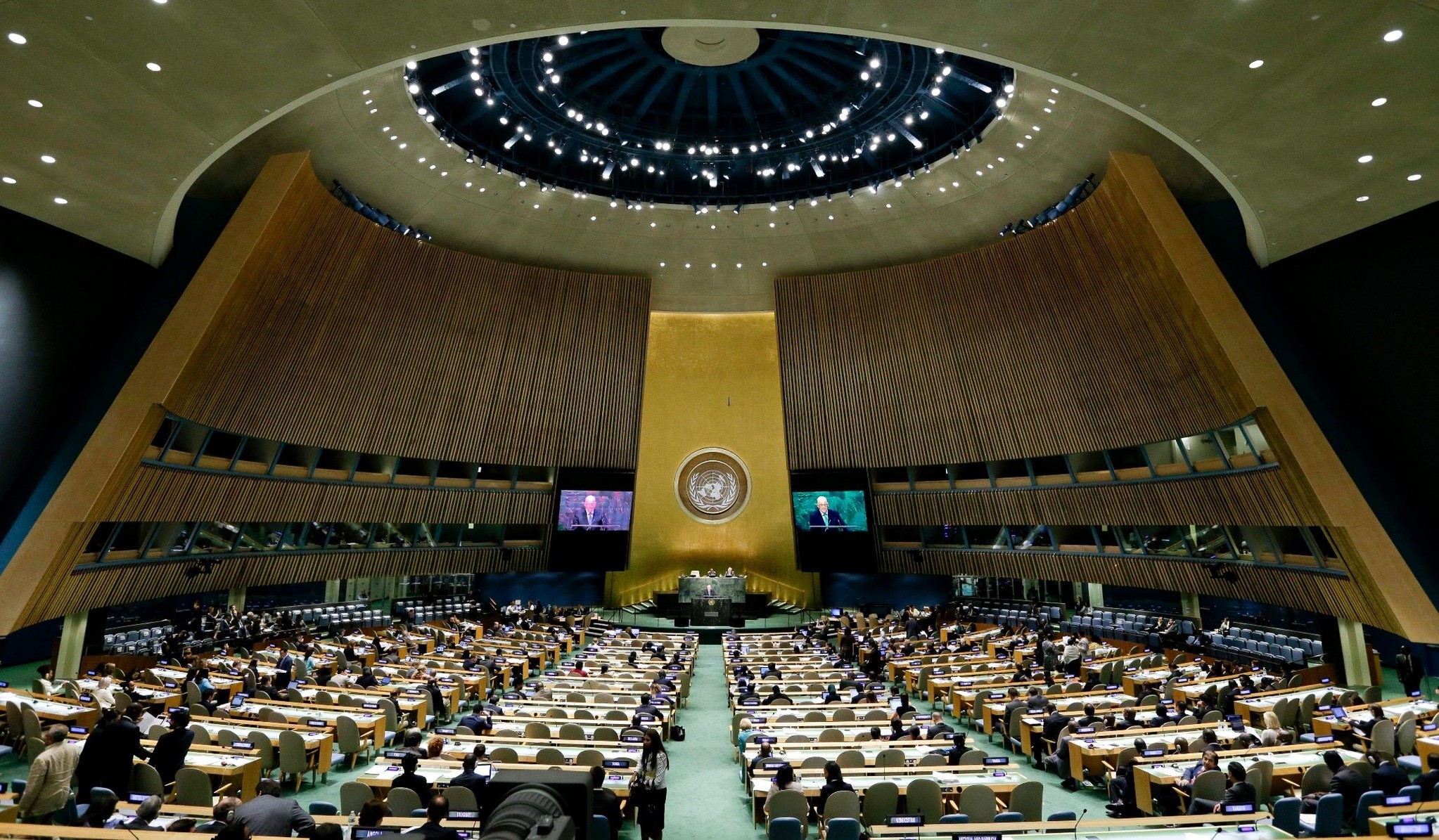 The world needs justice, peace, equality, compassion and wisdom – the eternal values of our shared humanity which the current U.N. system cannot deliver

This week, world leaders will be traveling to New York to attend the 72nd United Nations General Assembly at a time of deepening global chaos and disorder. As much as the U.N. and its various institutions seek to do good for the world, it will not be able to deliver on any pressing issues as long as its current organizational structure remains the same.

Since its official founding in 1945, the U.N. system has been challenged by the lack of strong leadership, resources and a truly common global agenda. This year, it will not be any different. The 193-member organization, the largest on earth and in history, will see speeches and meetings that would seek to use this global forum to press mostly a narrow and limited political and economic agenda.

This does not mean that some good people from heads of states to delegates and U.N. workers will not try to have real change for the good of our global village. The issue is not so much individuals and their conscience but the current Security Council structure which favors the interests of the five permanent members sitting on it versus the rest of the world. There is no rational and democratic answer to the question of why these five permanent members sit on this council 72 years after the founding of the U.N. and how they can justify maintaining the status quo in the 21st century. This forces the U.N. to fail on all the pressing issues in the world.

The theme for this year's General Assembly is "Focusing on People: Striving for Peace and a Decent Life for All on a Sustainable Planet." This is a noble goal and everyone should contribute to its realization. But the realities on the ground speak volumes of the failure of the international community as a whole to protect the poor and the oppressed and provide a "decent life for all." The reality is crony capitalism. The reality is wars, proxy wars and more wars so that nation-states can flex their muscles and the arms companies can make more money. The reality is that the rich get richer and the poor get poorer by the day. The reality is that hundreds of millions of people around world live in abject poverty before the eyes and in total disregard of the wealthiest nations of Europe and the United States.

A recent U.N. report confirms this depressing reality. Sharing the findings of his report, Saad Alfarargi, the U.N. Special Rapporteur on the right to development, said that "people in developing countries are paying a heavy price for global actions beyond their control." He added that, "We are witnessing some of the greatest challenges the world has ever seen, without the global commitment to deliver change."

Can the U.N. provide the "global commitment to deliver change?" The simple answer is no. The reason is that we live in an age of nation-states and cross-national corporations that seek to use globalization to serve their interests and nothing else. The current U.N. structure cannot ensure fairness and equality even among member states. The U.N. Security Council hegemony undermines any hope for a lasting solution to wars, occupations and ethnic cleansings from Syria and Palestine to Myanmar.

Decision-making mechanisms are paralyzed. Just like in Syria before and Myanmar now, the U.N. has no power whatsoever to prevent conflicts, ethnic cleansings, war crimes and crimes against humanity. Most recently, the violence committed against the Rohingya people in Myanmar took weeks to register in the international community and the U.N. took a right but belated decision only after over 400 thousand Rohingya Muslims were forced to leave their homes under the guns of the Myanmar army and Buddhist nationalists.

President Erdoğan singlehandedly gave huge amount of effort to mobilize the U.N. and the countries around the world to raise their voice against the massacre of Rohingya people.

Turkey currently is the only country in the world that delivers aid to Rohingya in Myanmar and Bangladesh. Turkey's First Lady, Emine Erdoğan, accompanied by two ministers, went to Bangladesh to witness firsthand what is happening there. The Rohingya can be rest assured Turkey will never cease help until this humanitarian disaster ends.

Erdoğan is right when he says that "The world is bigger than five," referring to the five permanent Security Council members. The world needs justice, peace, equality, compassion and wisdom – the eternal values of our shared humanity which the current U.N. system cannot deliver. The U.N. system must be reformed and restructured if the U.N. is to have any meaning and relevance in the 21st century.

The dilemma is that the five permanent Security Council members will have to give their consent to make this reform possible. Of course, they will never consent to it. The other alternative is to have the General Assembly, i.e., the 193 member states to come together and force change. But this is not possible either because the small and poor nations of the world, that supposedly have one vote at all U.N. decisions, are under the pressure and tutelage of the big and rich nations. The small and poor ones will never have the audacity to challenge the status quo because they know that they will be subjected to all sorts of pressure and harassment from the "big brothers."

It is sad to see that the U.N. is unable to get out of this conundrum.

Hope lies somewhere else. Despite huge structural obstacles, like-minded countries with a similar agenda, wisdom and conscience can still do a lot of good for the poor, the weak and the oppressed of the world. All they need is to join forces, work on a common agenda and have courage and determination to deliver justice, equality and respect.

Presidential spokesperson for the Republic of Turkey
Last Update: Sep 16, 2017 1:30 am
RELATED TOPICS