Turkey-EU relations: Is a reset possible? 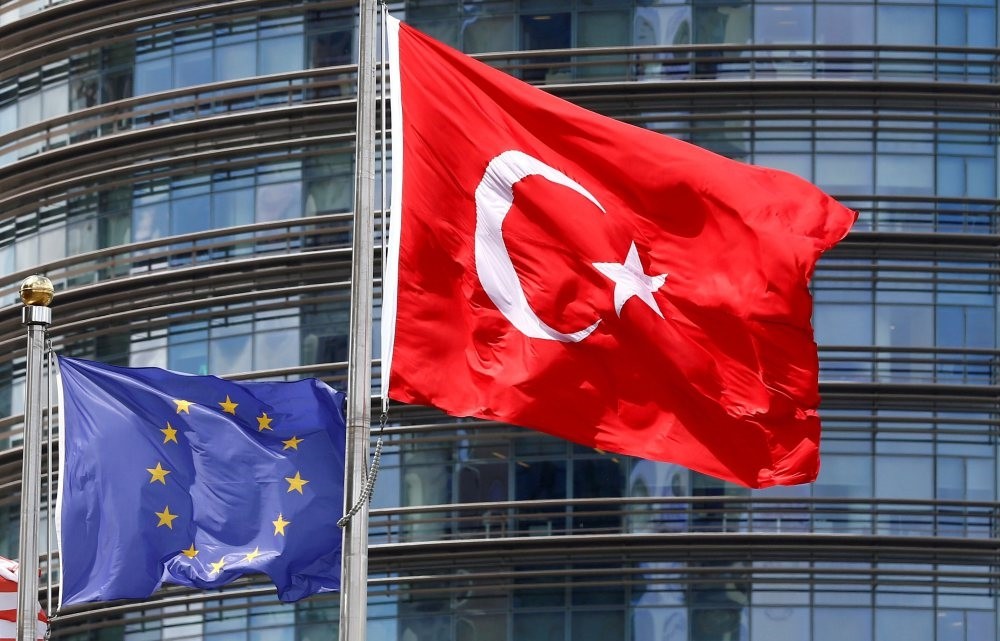 Turkey has been a candidate country to join the European Union since 2005. What was once an exciting and promising new chapter in the country's relations with the rest of Europe has since entailed more disappointment, an ever-growing lack of confidence and bumps in the road – more than anyone could have thought 12 years ago.

Problems and crises at the regional and national levels visibly strained relations between Turkey and certain European countries and brought the accession process to a halt. It goes without saying that the Turkey-EU relations certainly need a reset. But this cannot happen unless both sides agree to engage each other fairly, respectfully and as equal partners.

Turkey-bashing may bring short-term populist gains but does not guarantee peace, security or prosperity for anyone. To be clear, the problems we face today go beyond the borders of Turkey and Europe and affect relations between Islamic and Western societies at a time of global crises, disruptive nativism, unchecked racism and growing despair around the world. It is impossible to promote world peace and sustain a culture of respect and co-existence globally without Islamic and Western worlds coming together to manage their differences and work for the common good of humanity.

In certain European countries, hostility towards Turkey has become part and parcel of domestic politics because it pays off with right-wing voters. What started out as a negligible problem a decade ago, however, has become part of the mainstream today. Appeasing right-wing extremists can have disastrous consequences. Needless to say, the anti-Erdoğan rantings in Europe not only strain our relationship with European governments but also put millions of Turkish nationals living within the borders of the European Union in a precarious situation.

Turkey isn't the same country today that it was back in 1963, when it expressed initial interest in joining what was then called the European Economic Community. Nor has it remained the same since 1999, when it became a candidate country. Our population nearly tripled since the 1960s. Our GDP has increased by more than 80 times since 1963.

What some observers tend to ignore, however, is that Europe also doesn't look the same today as it did in the early 2000s. The old continent today is characterized by neo-Nazi extremism, populism and hate crimes against immigrants, Muslims and others. The rapidly deteriorating security situation in Europe, coupled with efforts by certain European governments to shut the door on Turkey's EU membership bid, resulted in a steady decline in the Turkish people's support for EU membership.

Turkey has been calling for a new and more constructive approach as Europe's populists targeted its culture, elected leaders and interests. Most recently, after the April 2017 constitutional referendum in Turkey, President Recep Tayyip Erdoğan met with European leaders, including German Chancellor Angela Merkel, to turn a new page in the relations. This was despite the fact that the German government, along with several other European nations, had meddled in Turkey's internal affairs by lending support to the opponents of constitutional reform, including known members of the PKK and the Gülenist Terror Group (FETÖ) and preventing pro-reform voices from being heard by Turkish citizens within their borders.

In a meeting with EU officials in Brussels after the referendum, the president reaffirmed his commitment to revitalizing Turkey-EU relations. The suffocating rise of far-right populism in Europe has prevented any progress.

Last month's elections in Germany established, yet again, that spreading hatred against Turkey and President Erdoğan would not stem the rise of far-right populism in Europe. Although the leaders of Germany's most popular political parties made harsh statements about our country during the campaign, the numbers are impossible to ignore: More than 1 million voters who supported Chancellor Merkel's CDU/CSU in 2013 sided with the openly racist Alternative for Germany (AfD).

Especially in the former east, radical movements on the right and left alike have made significant gains at the expense of mainstream parties. The fact that radical movements became more popular at a time when the German economy is performing relatively well, furthermore, raises questions about the validity of traditional assumptions about poverty and radicalization. The policy of appeasement did not work a century ago and we have no reason to believe that it will work now.

We consider EU membership a strategic goal for political, economic and security reasons. Turkey plays an important role for Europe's security in an increasingly dangerous world. However, we are not prepared to accept double standards, threats and outright hostility.

Turkey's relationship with the European Union can be repaired provided that European leaders accept that an unequal and unfair relationship is no longer sustainable. They must be prepared to respect the Turkish people's democratic choices; treat Turkey's elected leaders with due respect and engage Turkey as an equal partner.

This holds true for the Turkey-EU migration deal and the Schengen visa liberalization, which should have been granted to Turkish citizens many years ago. It is simply unfair to treat Europe's failure to deliver on its commitments as a technical and small matter and then accuse Turkey of being a spoiler.

Turkey and Europe stand to gain from a relationship of trust, mutual respect and solidarity. But this is not a one-way street and the onus of burden cannot be placed on Turkey alone. If for one reason or another Europe shows a cold shoulder to Turkey or any country for that matter, it is only natural for her to explore other possibilities. Furthermore, it does not make sense to question Turkey's quest to expand its foreign policy outlook beyond the western horizon in a world of global politics shaped by multiple centers.

Instead, Europeans need to make a more concerted effort to overcome the legacy of Euro-centrism which, given the realities of the 21st century, hurts Europe more than others and pay attention to Turkey's legitimate security concerns and interests. The values of justice, equality, trust and respect rather than double standards and political maneuvering are essential for creating a new climate within which a reset of Turkey-EU relations can be possible.