Syria: What is next? 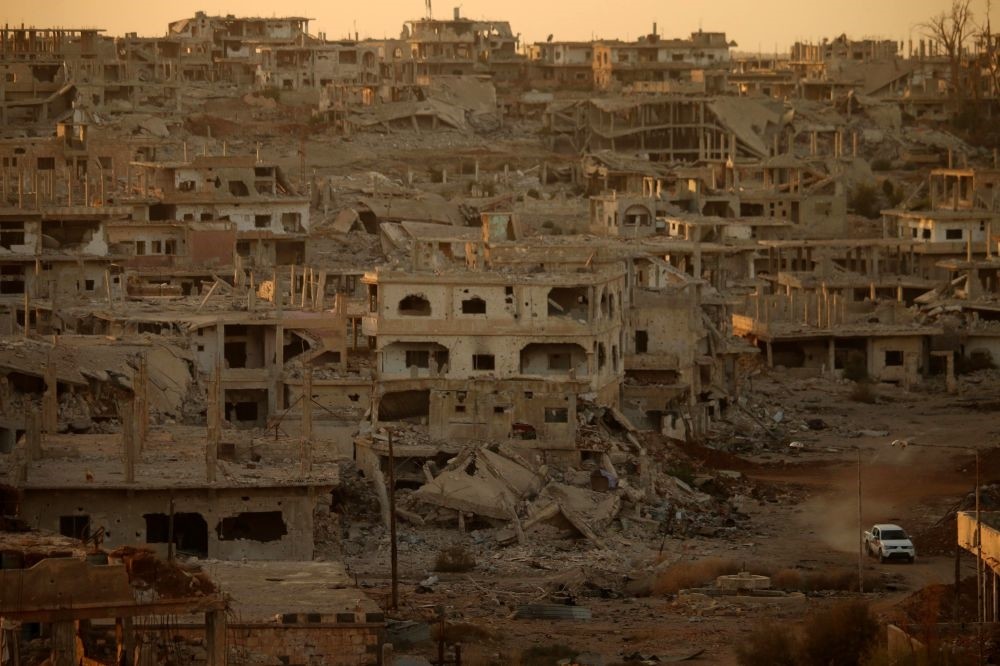 Syrian people have gone through unspeakable suffering over the last six years, and this human saga should never be forgotten in the face of geo-political rivalries

In its sixth year, the Syrian war continues to be at the center of geopolitical muscling and power games. The near-defeat of Daesh and other terrorist groups in Syrian territories is supposed to be followed by a political solution that will end the war and lead to the establishment of a democratic, inclusive government. The critical question at this point is whether the Geneva and/or Astana processes can deliver, and if so, how.

Over the last two years, all major regional and global stakeholders became part of the Syrian conflict in one way or another. As the Obama administration failed to take any serious action even after the use of chemical weapons in Ghouta, their so-called red line, the Russian-Iranian alliance saw a geo-political opportunity to move into the Syrian terrain. The result has been not only the widening of the Syrian conflict but also its devastating prolongation with atrocities never seen in recent history. The meteoric rise of Daesh in the Syrian territories cannot be seen in isolation from this colossal failure to stop the massacres of the Assad regime.

The present situation is something like this: the Americans focus on the fight against Daesh and arm the PKK's Syria branch, the Democratic Union Party (PYD)-People's Protection Units (YPG), for that fight. Now that they have largely defeated Daesh in Raqqa and elsewhere by and through what is called a "dirty secret," they are looking for new excuses to stick to their current policy despite the assurances they gave to Turkey that their relationship with the PYD-YPG is only temporary and transactional. The details of the deal they struck to let hundreds of Daesh terrorists out of Raqqa show once again the utter poverty of the policy of having one terrorist organization fight another. The disturbing question no one in Washington wants to ask is who will stop these released terrorists from becoming the next suicide bombers in a major world capital.

Furthermore, there is a growing assessment that the U.S. is using both Daesh and the PYD-YPG as an excuse to remain in eastern Syria as a potential counterweighing force against the Russian-Iranian presence. Some analysts refer to the huge amounts of military equipment sent to eastern Syria and the large number of U.S. military posts in the area. The conclusion they derive is that the U.S. seeks to stay in eastern Syria for the long run. Whatever the U.S. intentions and plans, the misguided policy of supporting the PKK's Syria branch will only weaken Syria's territorial integrity and political unity that is expected to be achieved at the end of the current Geneva and Astana processes and also continue to pose a national security threat to neighboring countries. We are yet to see the U.S. keeping its promise of cutting relations with the PYD-YPG after clearing Raqqa of Daesh.

The Russians and Iranians fight against Daesh, but with the goal of keeping the Assad regime in power. In their view, they are the winners of the war over the last two years because they kept the Assad regime from crumbling, cleared the Daesh terrorist threat, weakened the anti-Assad opposition and made huge geo-political gains against the U.S.-led coalition.

Turkey's position has been clear all along and can be summed up as follows. Syria's territorial integrity must be maintained in any grand political solution. Syrian territories should be cleared of all elements of terrorism. At the same time, all foreign fighters whether they fight on the side of the regime or the PYD-YPG and others should leave Syria. A transitional government should be established to include all Syrian stakeholders and prepare the ground for free and fair elections. A new constitution should be written to reflect the will and hopes of all Syrians for democracy, freedom, rule of law and equality for all.

The question of the PYD-YPG remains a red line for Turkey. They cannot be part of any political solution because they are the PKK in Syria, a terrorist organization designated as such by Turkey, the U.S., Europe and others. It is disrespectful, to say the least, to the Syrian people to present them as representatives of Syrian Kurds. There are many Kurds who do not associate themselves with the PKK and oppose its ideology and political oppression, and they have suffered a lot from the PKK and its wings in Syria. But they are hardly given a voice in the current political climate. They should be given the space they deserve for the future of Syria.

The eventual fate of Bashar Assad remains a contested issue, but it is clear that he is not the person to lead Syria to a democratic and all-inclusive rule. Given his crimes against the Syrian people, he cannot be entrusted with the job of bringing all Syrians together. Future Syria should have no place for Assad. As far as Russians and Iranians are concerned, they should realize that keeping Assad in power is not the way to protect their interests in Syria.

The trilateral summit of presidents Recep Tayyip Erdoğan, Vladimir Putin and Hassan Rouhani on Nov. 22 in Sochi will address these key issues. This is an extension of the Astana process and complements rather than replaces the Geneva process. For both platforms to produce concrete and sustainable results, however, all stakeholders should contribute with a view towards protecting Syria's territorial integrity and providing freedom and safety for all Syrians within the parameters of United Nations Security Council (UNSC) resolution 2254. The Syrian people have gone through unspeakable suffering over the last six years, and this human saga should never be forgotten in the face of geo-political rivalries.