What is next in post-Daesh Syria? 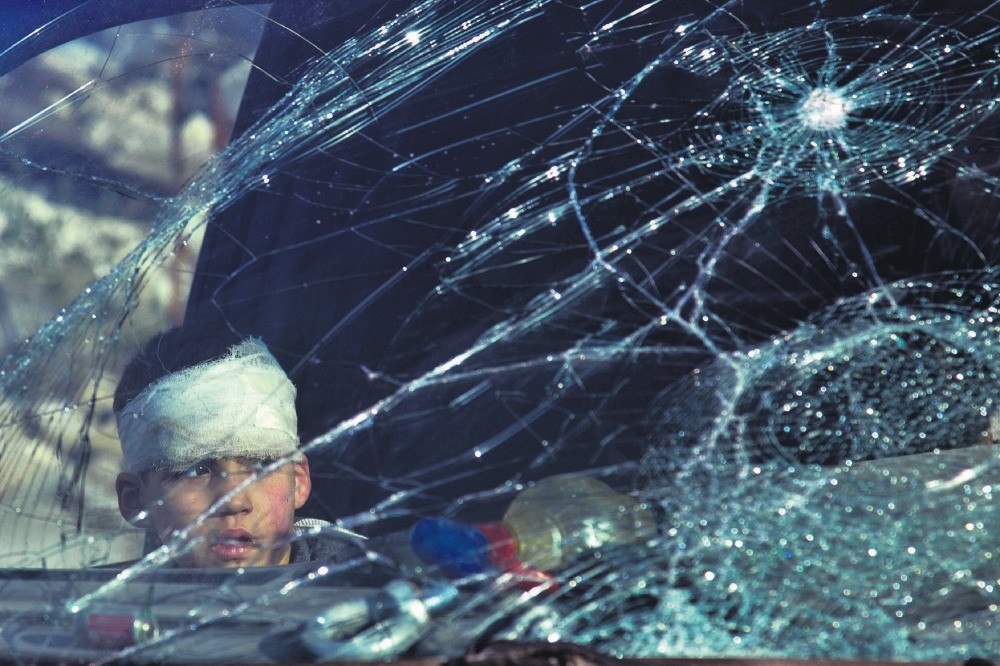 A wounded Syrian boy sits inside an ambulance as civilians gather in the opposition-held al-Amiriyah neighborhood as they wait to be evacuated to a safer place, Dec. 15, 2016.
by İbrahim Kalın Dec 02, 2017 12:00 am

Post-Daesh, post-Assad Syria should be a cause for celebration for the Syrian people and millions of refugees rather than another adventure in costly geo-political muscling

Now that Daesh has been defeated in Syria, will the U.S. government stop its support of the Democratic Union Party (PYD) and its armed People's Protection Units (YPG), the PKK's affiliates in the country? This question was discussed during a recent phone call between President Recep Tayyip Erdoğan and U.S. President Donald Trump on Nov. 24. Trump's response was affirmative, adding that the huge military support the U.S. is providing to the YPG should have ended before. His statement was contradicted only a few days later by the Pentagon. What does all this mean for Syria, Turkey and Turkish-American relations?

The contradictory statements coming from Washington show the discrepancies within the current U.S. administration. One would assume that the president's word is final and ought to be followed through by related agencies. Ankara expected Washington to stop its military, financial and political support of the PKK's Syrian branches after Daesh was defeated in Raqqa and the rest of Syria. After all, U.S. officials told Turkish authorities repeatedly that their relationship with the PYD and YPG was "transactional and temporary" and that the weapons given to them will be taken back.

The U.S. policy supporting a terrorist-linked group in Syria is based on the claim that they are the most effective force against Daesh. In order to lend further justification to this, the U.S. media published numerous reports over the last two years with pictures of female fighters in the YPG ranks. Most of the reports whitewashed the PKK and YPG's crimes in Syria, including its oppression of local people, both Kurds and Arabs, forced migration of locals, demographic alterations, use of child soldiers, razing of villages, closing down opposition political parties, their offices and media outlets as well as numerous other crimes. They went further and romanticized PKK terrorism through the use of imagery of women – a useful instrument to sell propaganda to Western audiences, but an affront to the female body and personality. Among the many ironies of this policy, this one is stunning: America's best ally in Syria is a Marxist-Leninist terrorist organization that fights against Turkey, a key U.S. ally, and seeks autonomy and eventual independence in Syria.

The claim that the YPG is the most effective force against Daesh has nothing to do with the facts on the table. Had the U.S. given that support to another group, such as the Free Syrian Army (FSA), Turkmen or non-PKK Kurds, they would have been the most effective force and dealt a major blow to Daesh without causing any security problems for neighboring countries. Instead, the U.S. dismissed other opposition groups and opted to work with a Marxist-Leninist and nationalist-separatist terrorist group.

This is a serious issue for both Syria's territorial integrity and Turkey's national security. Will the U.S. be able to disarm and control the PYPG after the defeat of Daesh and guarantee their commitment to Syria's political unity and territorial integrity? It is very unlikely, because as much as the U.S. used the PYD and YPG for its purposes, the PYD and YPG also used the U.S. government for its own interests.

As for Turkey's objection to this policy, it is absolutely justified because any support given to the PYD and YPG is indirect and, in some cases direct, support to the PKK, and thus a threat to Turkey's national security. Every weapon and bullet sent to the YPG is a move to prolong the PKK's life.

Now that Daesh has been defeated in Syria, the U.S. administration must end its engagement with the PYD and YPG and focus on securing Syria's political unity and territorial integrity under the umbrella of the Geneva and Astana peace talks. As the Syrian opposition groups said in Riyadh on Nov. 22, Bashar Assad must go as part of the political transition process, because he is not the person to ensure Syria's unity or stability. Even though Iran and Russia see Assad as their best ally, they need to realize that their interests in Syria will not be realized with Assad in power.

But there is a larger and more serious issue now. In post-Daesh Syria, a new power game is brewing with countries vying for strategic and territorial gains in Syria. Russia and Iran want to ensure their influence in Syria by keeping Assad in power while the U.S. prepares its stay east of the Euphrates as a counterweight against them. But this will only lead to new conflicts and instability in Syria and beyond. The scramble for Syria is likely to trigger further ethnic and sectarian tensions, break up Syria and lay the groundwork for the next wave of potential security threats.

Presidential spokesperson for the Republic of Turkey
Last Update: Dec 02, 2017 1:08 am
RELATED TOPICS