Jerusalem is not for sale 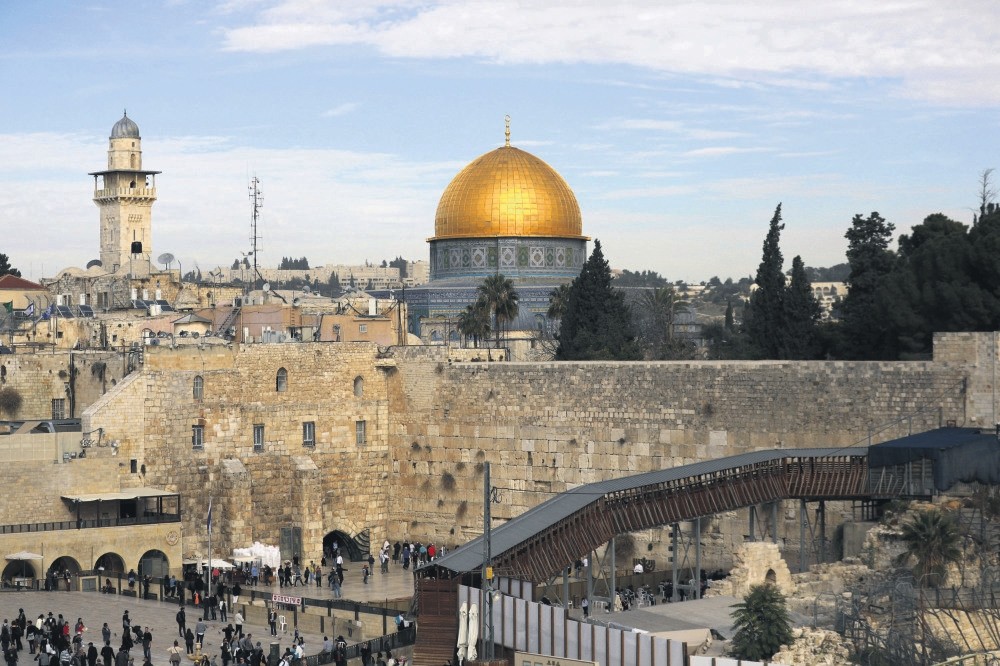 U.S. President Donald Trump administration's decision to recognize Jerusalem as the capital of Israel and move the U.S. Embassy from Tel Aviv to that city was a slap in the face of the already fragile Middle East peace process and international diplomacy. As expected, it led to worldwide condemnation and rejection. The United States still has a chance to rescind its decision and accept East Jerusalem as the capital of the state of Palestine. This is the only way that the peace process can be revitalized.

Although the Trump administration insists that this step will facilitate dialogue between Israel and Palestine, it remains unclear how disrespecting Jerusalem's unique historic, religious and legal status can be seen as a step in the right direction. On the contrary, it has undermined whatever hope was left for peace. For several months now, U.S. officials referred to a new plan underway to restart peace talks. Nothing has come to the surface yet. But if the Jerusalem decision is the first piece of this new peace initiative, it can be declared dead already. They must realize that Jerusalem is not real estate up for sale.

The Trump administration's Jerusalem move represents a toxic mix of populism and unilateralism. By recognizing Jerusalem as the capital of Israel, Trump has not just upended 70 years of U.S. foreign policy, but also violated a series of U.N. Security Council resolutions dating back to 1967. The world is in solidarity with the Palestinian people on Jerusalem and the two-state solution. This includes the pope and other Christian churches and communities. One of the good things that has come out of the misguided Trump decision is that while the Palestinian question has been left in oblivion since the start of the Arab Spring movements and the rise of Daesh terrorism, the U.S. decision has put it back at the center of the global agenda again. This new momentum should now be utilized to find a fair and lasting peace.

Over the past several years, Palestinians have done more than their fair share to lay the groundwork for the peace process. Earlier this year, Hamas unveiled a new political document that accepted the formation of a Palestinian state along the 1967 borders and made an important distinction between the religion of Judaism and the Zionist project. In October, Palestinian political parties Hamas and Fatah signed a reconciliation deal to engage in negotiations as one. Yet again, they lack a true and serious counterpart on the Israeli side to move the process forward.

Last summer, Israeli provocations to change the status quo of Haram al-Sharif had caused widespread clashes in the occupied territories and around the Muslim world, leading to the deaths of scores of people. The U.S. decision on Jerusalem has made things worse, not any better.

In response to these developments, President Recep Tayyip Erdoğan called for an extraordinary summit of the Organisation of Islamic Cooperation (OIC) on Dec. 13. The summit in Istanbul gathered over 30 heads of state and government. All 57 member states and half a dozen observer countries were represented. They unanimously recognized Jerusalem as the capital of the Palestinian state under Israeli occupation. This historic decision has generated new momentum for the Palestinian cause and will have far-reaching repercussions.

As of today, 137 countries have recognized the state of Palestine, and the support continues to grow. This is an important development given the inalienable rights of the Palestinian people regardless of Israel's moves and motivations for peace, or lack thereof.

This will be followed by a U.N. process to revoke the unilateral U.S. decision. The U.N. Security Council vote, which will certainly be vetoed by the U.S., is likely to be followed by a vote in the General Assembly. This is also good for universally recognizing the fundamental rights of the Palestinians.

Another important outcome of the OIC Istanbul summit is the commitment to preserve the religious and historical character of al-Quds and Haram al-Sharif and empower Palestinians in general and Jerusalemites in particular. Several funds that have been established under the Islamic Development Bank and other OIC affiliate institutions will be strengthened to help the Palestinians.

Those who in Christian-Zionist circles in the U.S. think that Jerusalem does not matter to Muslims should take a lesson in religious history. Jerusalem was Muslims' first qibla and houses the third holiest mosque in Islam. It is part of Prophet Muhammad's night journey and ascension to heaven. It has been part and parcel of Islam's religious and cultural history since the second caliph, Umar al-Khattab, entered the city in 638 and recognized the rights of Christians and Jews. For the following four centuries, Jerusalem was ruled by Muslims and was shared by all the three Abrahamic religions until it fell during the crusades in 1099. When Salahaddin al-Ayyubi, known in the West as Saladin, recaptured Jerusalem in 1187, he did what Umar did centuries before him: he declared an 'amanah' (trust) for all members of faith and brought the chief rabbi of Jerusalem back to the city from Cyprus where he had been in exile because of the crusades. When the last Ottoman garrison left the ancient city in 1917 to the British, its modern troubles began in earnest.

Israelis and their American and European supporters must realize that the troubles in the Holy Land will not go away until the Israeli occupation ends, and it is an occupation that must end to make peace, security, stability, prosperity, respect and trust possible again. The U.S.-Israeli might makes right approach is self-defeating and the biggest threat to peace and security. Jerusalem is not up for trading in populism and unilateralism, and it is certainly not for sale for any price. If the Trump administration is serious about peace in the Middle East, it must urge Israel to end its decades-long policy of occupation, humiliation and dispossession, a policy that must be condemned and rejected as an affront to humanity in the 21st century.

Presidential spokesperson for the Republic of Turkey
Last Update: Dec 16, 2017 1:21 am
RELATED TOPICS