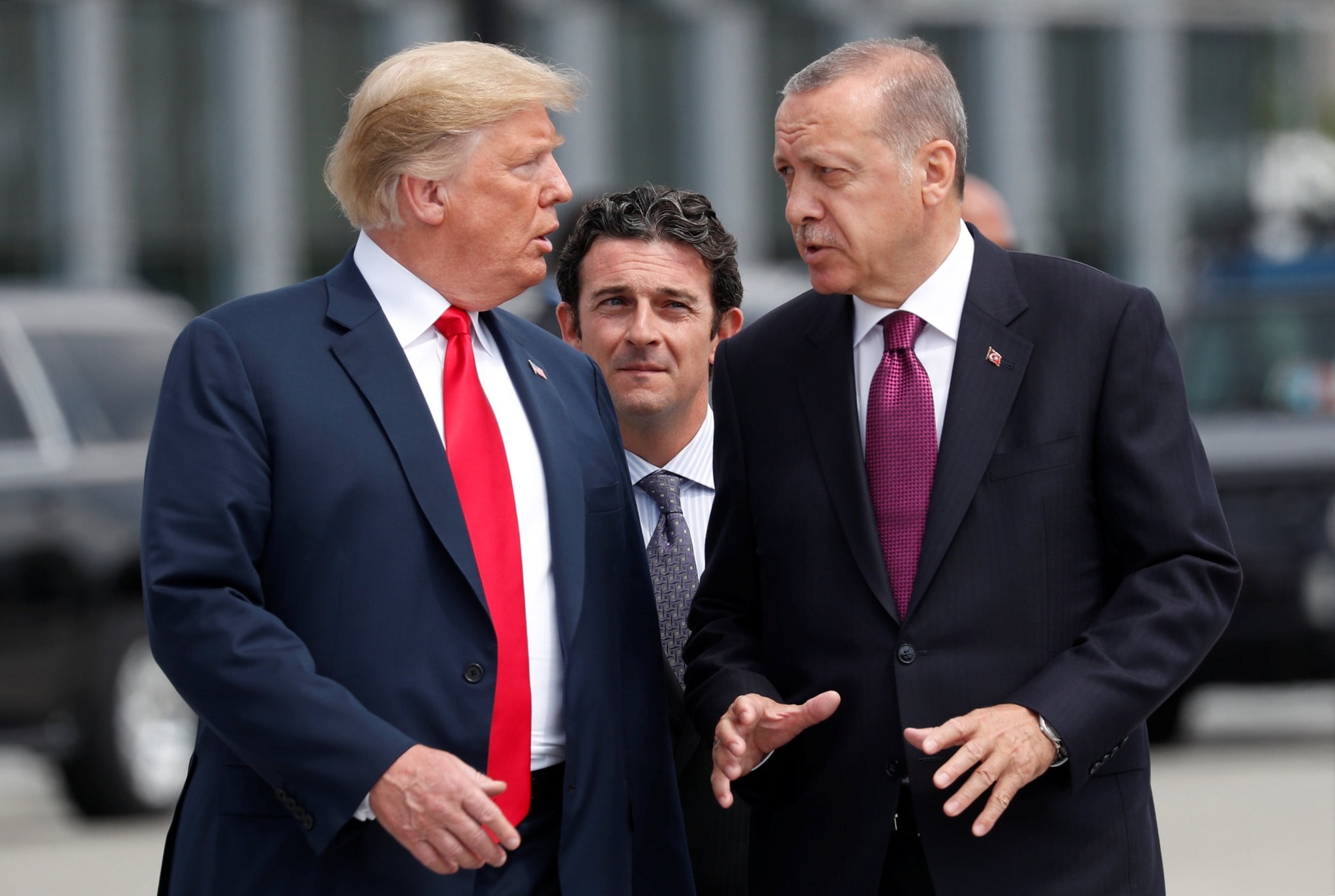 The Turkish-U.S. relationship can be saved and improved provided that the U.S. administration takes Turkey's security concerns seriously

In recent years, Washington's actions have created a serious crisis of trust among Turkish officials and the general population alike. Although Turkey joined the global counter-Daesh coalition and made it possible for the coalition to target Daesh terrorists from the İncirlik Air Base, the United States has been unwilling to cooperate with the Turkish military in the campaign to liberate Raqqa. Instead they partnered with the terrorists of the People's Protection Units (YPG) – who, even the Central Intelligence Agency publicly states, represent the Syrian branch of the PKK terrorist organization.

Washington's Faustian pact with that terrorist group, which the Obama administration promised would be "temporary, transactional and tactical," at the time, was adopted by the Trump administration last year. While it is true that the current administration has gradually distanced itself from U.S. Central Command's (CENTCOM) strategy and, as part of this effort, agreed to a road map for the YPG's long-awaited withdrawal from Manbij, the lack of a concrete policy change continues to haunt the relationship. Turkey is justified to expect that the U.S. disengage from the YPG militants, who are currently in talks with the Assad regime, without delay.

At the same time, the Trump administration's unwillingness to take concrete steps to investigate and prosecute crimes committed by the Gülenist Terror Group (FETÖ) on U.S. soil has been disappointing, to say the least, for Turkey. Nor has the U.S. Department of Justice done anything but stall requests for Fetullah Gülen's extradition to Turkey, which has an extradition treaty with Washington. The Turkish government, however discouraged and frustrated, maintained its patience, even when the U.S. justice system came after a senior executive of Halkbank, Mehmet Atilla, based on fabricated evidence solicited by FETÖ members.

Under the circumstances, it was difficult for Turkish officials to make any sense of the disproportionate response from the Trump administration, which seemed to believe that it could make the legal problems of a U.S. citizen go away by using threatening language on social media. As Turkish authorities repeatedly made it clear, the political leadership of our country is not in a position to meddle in legal proceedings handled by our independent judiciary. Whether the U.S. citizen in question, Andrew Brunson, remained behind bars, faced house arrest or got to walk free is a decision that only the courts can make.

The United States took a series of steps in recent years to undermine its strategic partnership with Turkey and weaken a relationship that had been strong and mutually productive. Turkey did not play any part in the deterioration of this relationship – except attempting to save it from shortsighted policymakers in Washington, consistently and repeatedly acting in good faith and protect its national interests at the same time.

The relationship can be saved and improved provided that the U.S. administration takes Turkey's security concerns seriously. Turkey cannot turn a blind eye to the actions of a NATO ally when they threaten its national security at home and abroad. President Trump may have good intentions for relations with President Erdoğan and Turkey. This will certainly be reciprocated when the relationship is based on mutual respect and shared interest. The use of threats against Turkey will not work. It will only harm the relationship.The Trump administration can take administrative steps against both the U.S.-YPG partnership and the FETÖ network in the U.S. These are not complicated legal issues. As a matter of fact, Turkey has never asked for anything outside the legal and legitimate framework of any kind. A strategic relationship cannot be based on one side's demands. It has to be mutual and mutually respectful and beneficial. No ally will accept the actions of another ally to harm its national interests. Turkey has not worked with or harbored any groups that would harm U.S. interests and it expects the U.S. to do the same.