Turkey's burden must be shared 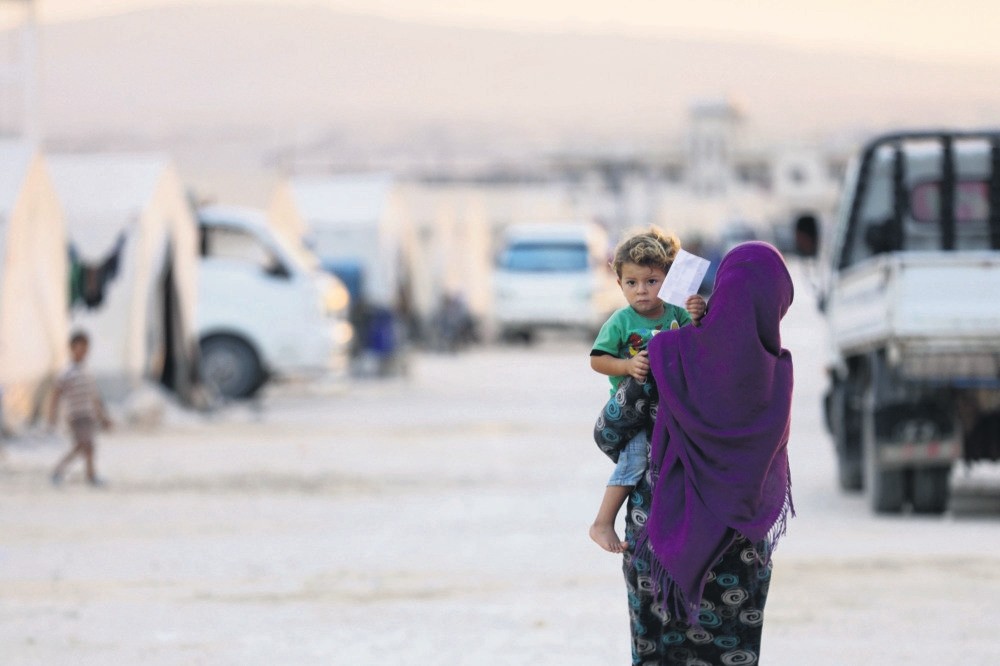 The burden of another mass refugee exodus shouldn't be placed wholly on Turkey's shoulders; this time the Western world needs to take the necessary responsibility and be engaged with finding solutions to the crisis

In recent weeks, Syria made headlines around the world once again – and, needless to say, not for the right reasons. Although Western audiences have grown sick and tired of the Syrian civil war, which has entered its seventh year, there is too much at stake today for any party to ignore. The murderous regime of Bashar Assad, which displaced millions of Syrian citizens, killed hundreds of thousands of innocent people and tortured opponents, seeks to bring death and destruction to Idlib today. The area is particularly significant not just because it happens to be on the country's border with Turkey – and, by extension, NATO – but also due to the potential humanitarian risks involved. If the regime succeeds in targeting the area under the pretext of fighting terrorist groups operating there, up to three million people, many of who sought refuge in Idlib after being forced to flee other parts of Syria, could be displaced.

Against the backdrop of the Idlib debate, terrorist groups, including Daesh and al-Qaeda, seek to reorganize themselves into a cell-type insurgency in Syria and Iraq. Although Western officials were quick to declare victory over the terrorists in the conflict zone, it is no secret that those militants continue to pose a serious threat to regional peace and stability. To make matters worse, the unfolding crisis in Idlib has the potential to create additional challenges vis-à-vis counterterrorism efforts on the ground.

In recent years, Turkey has been one of the few countries around the world to take genuine, result-oriented steps against Daesh terrorism. Although our country became the target of unfair criticism and baseless accusations that certain foreign governments spread in order to outsource the war on terror to Turkish troops, we have been an active member of the global coalition against the group and a co-chair of the Counter-Daesh Working Group on Terrorist Fighters. Since 2015, Turkish security forces have carried out hundreds of operations against Daesh militants, cells and safe houses with an emphasis on Turkey's land border with Syria and Iraq. Moving forward, we are determined to take the necessary steps to prevent Daesh from reconstituting itself.

Our diplomatic efforts to stop the imminent bloodshed in Idlib and broker a cease-fire agreement to facilitate the identification and removal of dangerous militants from the area represent an important step towards this goal. Engaging in a frank discussion with Russian President Vladimir Putin and Iranian President Hassan Rouhani in Tehran last week, President Recep Tayyip Erdoğan successfully stressed this point. In an op-ed essay for the Wall Street Journal, he proceeded to urge the United States and the European Union to support his efforts to prevent the next humanitarian crisis in Syria. Furthering his diplomatic endeavors for a tangible solution to the Idlib crisis, President Erdoğan will meet President Putin on Monday.

Yet the West must also take into consideration that the intended annihilation of the moderate opposition, along with terrorist fighters, will further radicalize local groups in the end. We all know where this road leads: Just as Washington's poorly-thought-out efforts to eliminate al-Qaeda paved the road to the rise of Daesh and other radical groups in Syria and Iraq, so too could misguided steps today inspire the next generation of terrorists. In particular, it is important to note that radical groups will place greater emphasis on online radicalization and lone wolf attacks. To avoid paying a heavier price in the future, the international community must get behind a comprehensive and inclusive political solution to the Syrian civil war, which will address the root causes of terrorism and create the institutions necessary to build and sustain a democratic and representative system.

Another major migration wave will further complicate the humanitarian situation. It is neither right nor fair to put the burden as a whole on Turkey's shoulders. The world must help Turkey in substantial ways to prevent another humanitarian catastrophe. This requires serious political engagement with all stakeholders.