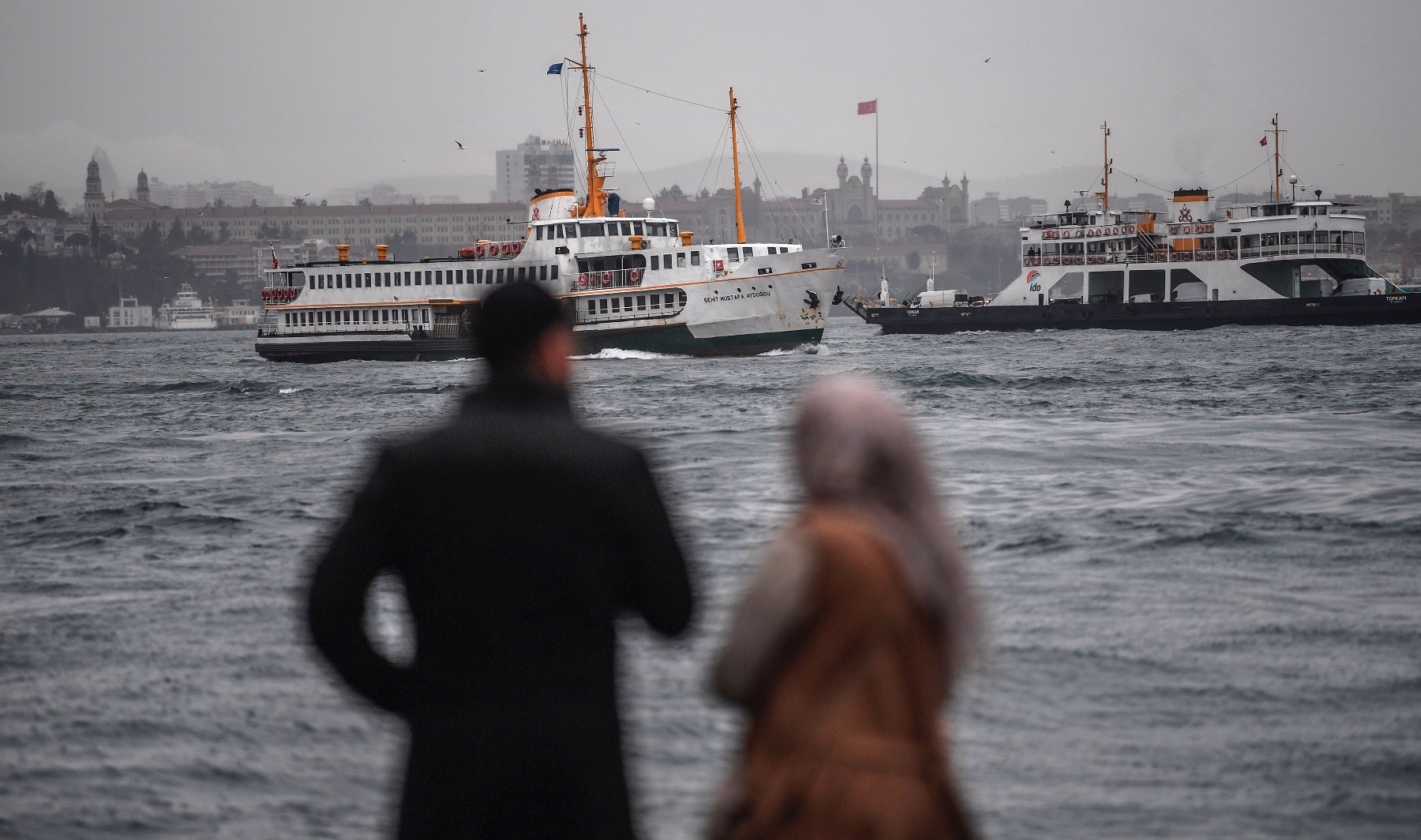 A Turkish couple awaits a ferryboat near the Bosporus strait on a rainy and windswept morning in the Karaku00f6y district of Istanbul, Jan. 11.
by Ihsan Aktaş Jan 12, 2019 12:00 am

The AK Party's Istanbul candidate, Binali Yıldırım, has the necessary vision to fulfill the expectations of Istanbulities and meet the needs of this major global metropolis

In my previous column, I wrote about the upcoming local elections in Istanbul. As this topic is about the governance of one of the most important cities in the world, I also emphasized the national, regional and global significance of Istanbul's elections. In this respect, I underlined Istanbul's historical heritage as the former capital of three empires, its status as a global city, its natural beauty as the only city spanning two continents, its cosmopolitan culture where various religions and ethnicities coexist peacefully, its status as a center of attraction for the leading artists of the world and its innovative administrative ability as an urban space that hosts around 20 million people.

Up to 1994, when President Recep Tayyip Erdoğan was elected as the city's mayor, Istanbul was described as an unmanageable city. During the administration of Nurettin Sözen, two leading academics, Çağlar Keyder and Ayşe Öncü, for instance, wrote a significant article on the administrative incapacity to manage such an increasingly chaotic city. They even claimed that Istanbul was facing the so-called "Mumbai syndrome" that represents cities that have become unmanageable urban spaces.

Thanks to the Welfare Party's (RP) successful local administration, the "unmanageable" Istanbul has first become a "manageable" city, and its main problems of urbanization have been resolved to a large extent. Then-Mayor Erdoğan's administration succeeded in ameliorating Istanbul's water, air and infrastructure issues. Realizing the political danger emanating from such a successful local governance, the central government had Erdoğan arrested under the pretext of his reading one of the poems of world-famous sociologist Ziya Gökalp.

Not only did the attempt to halt Erdoğan's political rise backfire, but also Istanbul has since been governed by Justice and Development Party (AK Party) governments. Moreover, the competition over Istanbul's local elections has mainly been realized between the ruling AK Party and the main opposition, the Republican People's Party (CHP). In the present electoral context, the AK Party and the Nationalist Movement Party (MHP) have formed an alliance. With the Good Party (İP) on their side, the CHP has also adopted the Peoples' Democratic Party (HDP) as their natural ally. As the HDP has not yet announced their candidate for Istanbul, some claim they will boycott the local elections in the city. In fact, such a decision of boycotting the elections would be equal to implicitly supporting the CHP's candidate.

The AK Party's candidate is a former prime minister and the present Speaker of the National Assembly, Binali Yıldırım, while the CHP's candidate is their present mayor of Beylikdüzü, Ekrem İmamoğlu. Feeling sociologically squeezed, the CHP's leadership has had difficulty finding candidates who would appeal to large segments of society. By nominating İmamoğlu, the CHP aims not only to take the votes of the CHP's constituency and conservative Kurds, but also to halt the rise of İmamoğlu toward the chairman of the CHP.

When Istanbul's urban governance was being revolutionized in 1994 by Erdoğan's administration, Binali Yıldırım became the general director of IDO Istanbul Ferries. Within the AK Party governments, Yıldırım successfully served as the minister of transportation, which has been one of the driving ministries of the government, alongside the Ministry of Health.

Today, the most significant problems of Istanbul are undoubtedly related to transportation. In addition, urban poverty, infrastructural deficiencies, the lack of enough parking areas and urban density constitute Istanbul's main problems that need to be resolved. The governance of Istanbul reflects the governance of Turkey. Hosting 20 percent of Turkey's population and 50 percent of all industrial production, Istanbul constitutes the heart of the country.

Presently, urban governance is not only related to municipal administration but also to urban leadership. The governance of such a vital city requires urban leadership with high administrative vision. Istanbul is a global and cultural city that must shine with urban prosperity and innovation. I believe that, as the AK Party's candidate, Yıldırım has the vision to fulfill these expectations.

İhsan Aktaş is Chairman of the Board of GENAR Research Company. He is an academic at the Department of Communication at Istanbul Medipol University.
Last Update: Jan 12, 2019 1:48 am
RELATED TOPICS